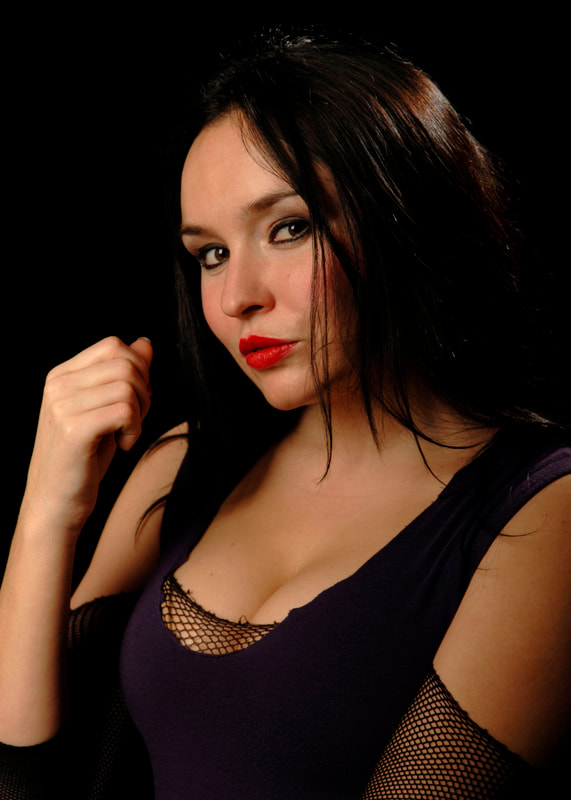 NP: A significant portion of human existence is how we achieve a sense of equilibrium amid the in-balances of the world. In your estimation is our politics, religions, and cultural traditions in balance with the changes in sexual behavior /relationships occurring today? Are human laws related to human behavior or the desire by powerful figures for the sake of control?

de Largie: I have thought of writing a book on the art of seduction in the Puritan Age. (Insert laughter here).  What is and isn’t acceptable etcetera…!  Between the militant feminists, the right-wing prudes and the left-wing PC squad, where does that leave the libertines among us?

Australia’s former Prime Minister, brought in the bonk ban, which essentially prevents cabinet members from fucking their staff.  I would rather they were all fucking-like-rabbits, proof that they’re real-life human beings with all the usual stuff-ups – than puritanical monsters running the country.

I think France is the only hope for humanity, they fuck unapologetically and don’t blame others.  Well, not as they do in the anglosphere anyway.  As the chains tighten, sex goes underground and our appetites for what is considered taboo in conventional society increases and multiplies.  I mean online, one feels like they’re in the presence of a very judgmental school prefect, wondering when they are going to be “punished” or called out for a slip of the tongue.

de Largie: My word.  I think every cock should have a GPS device attached to it. And I also wish to say, I’m very sorry that women still don’t have autonomy over their bodies in the US.  It’s a disgrace. Abortions are healthcare.  Every girl and woman on earth is entitled to a safe, legal abortion.  And as a woman who has journeyed through this procedure more than once, my heart breaks for American women.  Church and state MUST be kept separate. 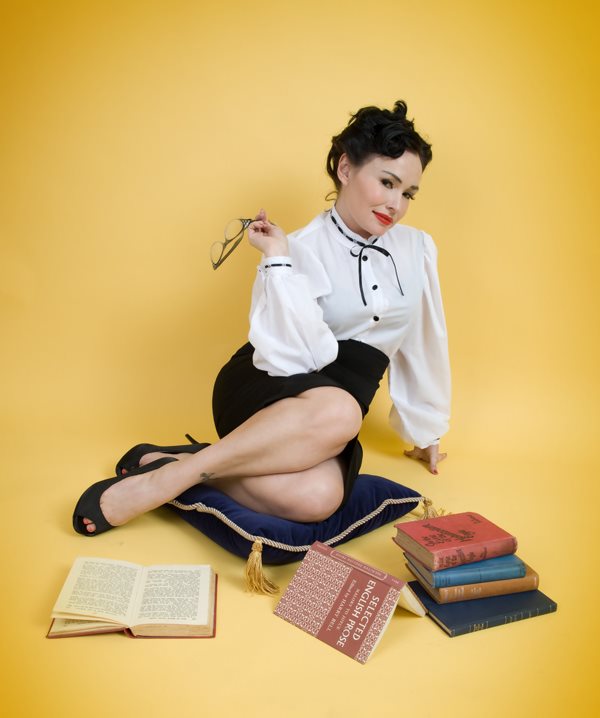 NP: What are your views on the legalization vs the decriminalization of sex work?

de Largie: The legalization of sex work sadly gifts power to the government and if the government in power happens to be conservative (they will do their best) to hinder the business of these females out of ‘supposed’ moral duty.  Basically they become the pimp-daddy in the work relationship.  And when a woman’s workspace is her own vagina – draconian laws won’t control her, they’ll just force her underground where she will continue to work illegally.

I will say though, I believe if you’re going to be a sex-worker, Australia is a good country to be one in – in contrast to other countries.  I mean it’s pretty loose.  For example, when a sex-worker goes to a sex-clinic to get ‘a med’ in Australia, (an STD clearance), although the doctor knows her name, it’s her working-name that goes on ‘the med’.  So there’s basically no trail.

Same with taxes.  I mean what woman in her right mind wants to go on record as being a sex worker – with the stigma attached?  I personally would rather be lined up against a wall and shot.   Most sex workers I know are artists, university students, mothers, aged care workers, nurses etc.  The goal for them is to get into (the brothel, the strip club, the rub & tug parlour etc), make their money and get out – ANONYMOUSLY.   Again, no trail.

These wonderful women who are doing a “community service” for society don’t need a tattoo etched on their forehead signaling they once did sex work.  I mean sex work is temporary — fluid.  Most women turn to sex work if they get in a ‘tight spot’ (pardon the pun) financially.

This belief that ‘once a sex worker, always a sex worker’ is absurd.  I mean considering the average human being has a dozen or so jobs throughout their lifetime, if not more.  If you were a plumber twenty years ago, does that make you a plumber now?  Of course it doesn’t.  Talk about double standards but I’ve digressed.  The ‘decriminalization’ of sex work obviously gives the sex-worker more power allowing her to bargain with each individual client on her own terms. She can also report crime without the fear of being arraigned. 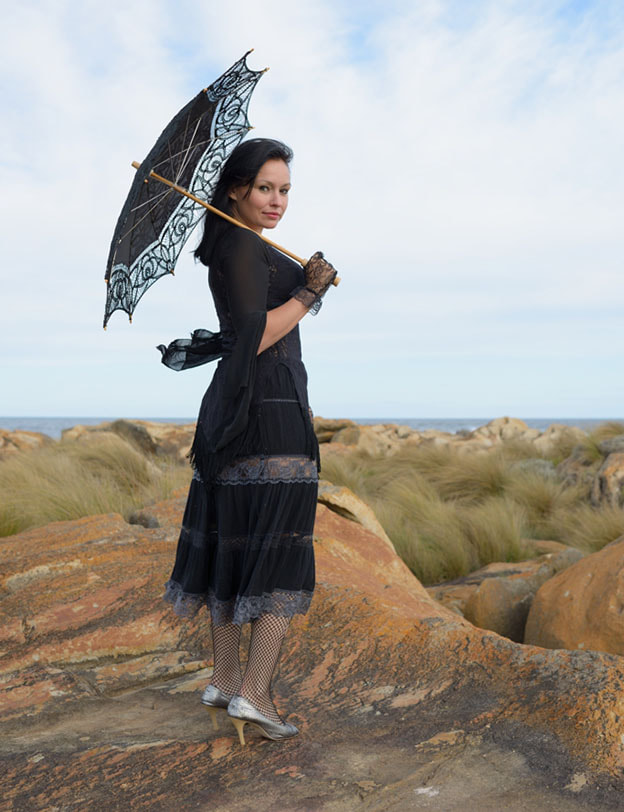 NP: Do you see the very nature of sex evolving in the future as more Artificial Intelligence or humanoids are introduced? Will the increase in poly relationships have a downstream effect on society and cultural and religious norms?

Poly relationships make sense on many fronts.  Firstly, monogamy is a man-made structure which is why the majority of marriages fail these days. Men aren’t designed to be with one woman, they are designed to be root-rats and spread their seed.  If I ever get married, it will be an open marriage.  Possessing a man would give me absolutely nothing.  I believe in sexual freedom.  I have the ability to share the man I love with other women.  If he returns to my side it is because he wants to – not because he is obliged to.

I notice that a lot of married couples confuse “possession” with “love” yet they are not one and the same.  A husband wanting to fuck other women, doesn’t reduce the love he has for his wife.  The urge is physical and men tend to compartmentalise anyway.

If he DOES fall in-love with another woman — it still doesn’t necessarily deduct from the love he has for his wife.  I mean there is no quota on love, where do people get these fucked-up concepts from? They’re so rigid!

I don’t think the increase of poly relationships globally will have any ‘downstream’ effect on society, it’s an evolved choice.  Sexually, there is more scope which alleviates partners feeling pressured into performing sex acts that they aren’t interested in.  Poly relationships force individuals to analyse the big questions, ie:

Why do I seek ownership of another human being?

Why do I feel jealous?

Why do I feel the need to control and possess?

Can love be free?

Living ‘safely’ within a monogamous marriage isn’t necessarily superior and I’m guessing there is less room for growth.  But I’ve never been hitched, so my assumption may be wrong.  There are married folk that seem to thrive within the imprisonment of matrimonial bliss, are they delusional or do they know something I don’t?

NP: Humans create rituals and ceremonies until a new paradigm is created and in turn over time becomes a tradition. Are we witnesses to a major upheaval in cultural, social and political traditions causing further changes and the desire to maintain a no-longer relevant archetype in sexual relationships? How do you think sex and sexual relationships will evolve?

de Largie: This question is a great one and it reminds me of a column I wrote about women who choose to lose their surname when they get married.  What shocked me most is the majority of women I interviewed, didn’t give it a second thought, they lost their surname because in their words: “It’s tradition.”  When did losing one’s identity become so trivial?

We seem to be stuck in a really weird moment in time caused by the advancement of technology and it’s the church that drives us to maintain archetypes that are no longer useful.  I have no idea how sex and sexual relationships will evolve in a genderless society.  I’m guessing it will make life more confusing and complicated.  I mean, I am confused now.  I feel very overwhelmed and struggle to keep up with the information overload and moving of the post.

NP: For political and human amusement what are your thoughts on creating a law devoted to human hypocrisy?

de Largie: Hahaha.  This could possibly be the greatest law ever created.  Is there a politician or journalist alive who’s career it wouldn’t sink?