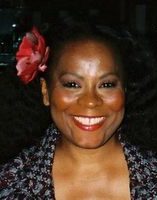 Kim McMillon received a Ph.D. in World Cultures at the University of California, Merced, with an emphasis on African American Literature in the summer of 2019. She is a contributor to the anthology – Some Other Blues: New Perspectives on Amiri Baraka which will be published by Ohio University Press in 2021. She also produced the Dillard University-Harvard’s Hutchins Center Black Arts Movement Conference in September 2016 at Dillard University in New Orleans. In collaboration with UC Merced’s Office of Student Life and Center for the Humanities, Ms. McMillon produced the UC Merced Black Arts Movement Conference 50 Years On, February 28 – March 2, 2014.

As President of the UC Merced African Diaspora Student Association, Ms. McMillon produced programs on race and culture with such renown speakers as Askia Touré, one of the main architects of the Black Arts Movement, and former Black Panther Charlotte “Mama C” O’Neal as well as facilitated a graduate panel on diversity at UC Merced.

McMillon, Kim.  Hidden Voices: The Women of the Black Arts Movement and the Rise of the Ancestors. August 2019. University of California Merced, PhD Dissertation. p. 26

NP:  Your background and research is heartening. What led you to your studies and what and who were your inspirations? What are your expectations of yourself?

McMillon: When I first entered graduate school at the University of California, Merced, I really did not know what I wanted.  It was August 2011, I had been unemployed for two years due to my losing my position in October 2009 as Allocator for the Pacific Maritime Association in Oakland, CA.  A friend said why don’t you go back to college.  So, I enrolled at the University which was very close to my home. I didn’t know what I wanted to study, but my advisor Dr. Nigel Hatton told me to do what I loved.  I loved theatre, and most particularly the theatre of the Black Arts Movement.  I had worked as a publicist in the San Francisco Bay Area doing publicity for PEN Oakland, and occasionally for writers like Ishmael Reed, Cecil Brown, and Ed Bullins.  Ed had a theatre in Emeryville called the Bullins Memorial Theatre.  Ishmael Reed, Cecil Brown, and Ed Bullins were all noted playwrights as well as major figures of the Black Arts Movement.  When Nigel said to do what you love, something within me awakened.

I embraced the authors from that Movement and started teaching a class titled Theatre & Social Responsibility beginning in the summer of 2013 where I began to explore the writers and artists of the Black Arts Movement.  I taught my students the plays of Ntozake Shange, Ishmael Reed, Ed Bullins, Marvin X, Judy Juanita, Amiri Baraka, Sonia Sanchez, Lorraine Hansberry, Adrienne Kennedy, and so many more.  I developed a love for these writers that spoke of Black Feminism, Freedom, Black Power, and Self Determination.  This led me to produce two Black Arts Movement Conferences, one at UC Merced in March 2014, and the other at Dillard University in New Orleans in September 2016.

Writers, artists, and scholars came from as far away as Italy, and the Arab Emirates to attend both conferences.  I learned about a history that is not necessarily in books but is carried by people that lived lives outside of time and existed with the goal and hope for real economic and social change in America.  I am inspired by the voices of Sonia Sanchez, Lorraine Hansberry, Marvin X, and so many others that wrote about the Black experience in America with all its pain and glory.  It is my hope that my plays will one day be picked up by young people looking for their voices and perhaps be inspired by my words

NP:   Having my own inner-city work & volunteer experiences in Chicago with the Black Community and the commitment to raising people’s consciousness I have to ask how far have we come? Where is the consciousness today with respect to institutional racism?

McMillion: We have a president that uses language that has allowed people with a bent towards racism to stage a White Supremacist and Neo Nazi Rally in Charlottesville, Virginia in August 2017, and shoot an unarmed man, as is the case of Ahmaud Arbery being shot to death while jogging by a white ex-cop and his son in February 2020.

However, I do believe we have come a long way in our fight to end racism.  I grew up in segregated San Antonio, Texas in the early 1960s.  I remember living in an all-Black neighborhood and never questioning why.  My father was told that they don’t serve Negroes on more than one occasion.  Yes, we have come a long way, but until we start teaching children as young as two and three anti-racism, and that we are one-world and one race, the human race, we will continue to live in a divided world.

NP: How would you describe the status of Black Feminism today?

McMillon: My dissertation is titled Hidden Voices:  The Women of the Black Arts Movement and the Rise of the Ancestors.  In my dissertation, I use a quote from De Facto Feminism: Essays Straight Outta Oakland by Former Black Panther Judy Juanita.  She insists that, “Black women can’t fake feminism, hide it or disappear into marriage.  They do not do it for a season, dodge it, or veil it in a career.  They cannot be faux feminists insulated by class privilege.  De facto feminists stand between peace and every day in Detroit, Oakland, Harlem, Miami, Chicago, St. Louis, Dallas, the White House…–the Gaza Strips of the US —without glorification…” ( Juanita 146-147)  In my dissertation, I state that, “This is the Black Feminism that does not require the Black women to do anything but just be.  Black women should not look to others for their truth.  Black Feminism is like the jewels of Black Africa, it is carried in the heart, forever enshrined with our ancestors.”

NP: What is the unfolding price of human dignity in a world of authoritarianism to both men and women and all races?  Given the ambiguous connect of our patriarchal environment would it be a social and spiritual improvement to adopt a concept like female led relationships from partnerships to nation?

McMillon: It appears that the United States is moving towards authoritarianism with the Presidency of Donald Trump.  However, that is the appearance of things.  I believe that spirit always has a hand in our world, our environment, and our very being.  The idea of adopting the concept of female-led relationships from partnerships to the nation is fascinating.  Yes, we are living in a patriarchal environment that appears to be motivated by greed, and service to self.  However, much like a plant with roots that extend into the ground and are nurtured by the Earth, we as human beings have cosmic and earthly roots that I believe will aid us in the discovery of a more humanistic world that does not require the patriarchy or the matriarchy to lead, but rather has healed our yin and yang so that we are able to create an environment that is not only healing but is accepting in all of the ways in which we as humans are committed to discovering that within us that is pure light.  This may appear as wishful thinking, but it is by dreaming that we create.

NP:  As I have studied and examined it both abroad and here, what are your thoughts about reincarnation given your studies, research and thinking?

McMillon: In 1986, I produced the play, “Voyages:  A Multi-Media Excursion into Reincarnation” at the Nova Theatre in San Francisco, and in 1987 at Zellerbach Playhouse at UC Berkeley.  A few weeks ago, Willow Books, an imprint of Aquarius Press, agreed to publish Voyages.  I believe the e-book will be out by October 2020, and the book and audio-book sometime in 2021.  My father was a Buddhist, who spoke to me of reincarnation when I was eight years old.  It made me so hopeful to think that there was some type of plan for the universe.  My world finally made a bit more sense.  To me, to believe in reincarnation is as natural as breathing.  I remember being told my play was ahead of its time.  Perhaps now, more than 30 years later, it might grab the public’s imagination.

NP:   What does the political and social future look like in your estimation, in terms of race, gender and definitions of relationships and family?

McMillon: I am very hopeful.  A world in which a man like President Barack Obama was elected definitely has the possibility of a bright future.  Sometimes on our way to healing and self-discovery, we backslide because letting go of the pain and confusion of the past, appears more dangerous.  It is our choice as a nation to boldly go forth and accept that we have the opportunity for real social change by letting go of those in power that have put their wants and needs before the needs of our nation.  In terms of gender, relationships, and family, we have the incredible opportunity to learn and accept a new way of being by accepting a vision of the world that is composed of and united in, love.