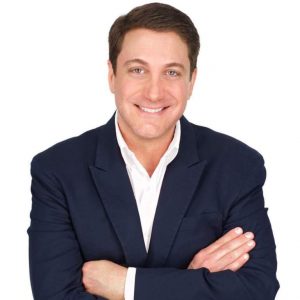 New York City – the city of dreams, the city of opportunity, the city that never sleeps; especially if you’re in the acting industry. On any given day or night you can walk through the city and hopefully be lucky enough to catch Shades of Blue or Law and Order or dozens of other shows filming here in the Big Apple. Most people do not think about what goes on prior to “CAMERAS ROLLING! QUIET ON SET! ” “IT’S A WRAP!”

Where does it all start? Where does this part of the journey begin? It starts inside a casting director’s office or studio. Actors must get picked to go before casting directors to audition to start the process. But what is it that casting directors actually do? They are the ones who are organizing and collaborating with directors, producers and studio executives to cast the best talent for each role. And it doesn’t end there.  If chosen, the actors are sent back in for a callback to the producers or directors of the particular show they are auditioning for and continue on with the auditioning process.

Casting directors are key in all of this. You can say they act as a liaison between the directors/producers, actors/their agents and the studio/networks to get the characters cast. They are a big part of the audition process. I was lucky enough to interview Ken Lazer of Ken Lazer Casting Company. With 24 + years experience in the casting industry, Ken has worked in both Los Angeles and New York and has successfully casted for thousands of commercials, film, television, voiceovers, and more. He has made himself widely sought after with his ability to bring in a variety of actors to cast the perfect talent for each project he is handling.

NP: You started out acting before you went into casting. What helped or hindered you most in transitioning your skill set in front of the camera to casting for the camera? Do you think your experience as an actor gave you any particular insights into the casting process?

Lazer: Actually, my acting career was extremely short-lived. After I graduated college with my BFA, I swore I would never get on a stage again. I wanted to do commercials, television and film. So, I started at the bottom like every other actor, doing background work for $45/12 hour day. It was horrible. But on the set of one of these shoots, I met and became friends with a woman who used to work with a casting director. That friendship between her and her husband grew strong and when she was at the point of delivering the baby, she recommended me to work as the casting assistant temporarily until the casting director could find a full-time replacement.

The temporary two weeks turned into a month and we got a TV series. The casting director asked me to stay full-time and book the background talent for the show. I did. After several months of working there, she wanted to train me how to run camera for the commercial castings. I learned. And after my first commercial casting for Cool Whip, I was in charge of all commercial castings.

NP: Is there any one thing that you think sets you apart from other casting director’s?

Lazer: I think casting directors on a whole do the same thing. If anything was to set us apart I think it would be our “style” of how we cast something.

NP: What do you feel sets apart the auditions you know will send into producer’s sessions?

Lazer: Good question. For the most part, I bring in talent to my castings that I already know will do a great job with the scene. However, there are times (not many) when an actor is having a bad day and if the audition is not up to par of excellence, I won’t include it on my session link.

NP: What is something you look for in an actor’s demeanor that makes them a go-to actor that you will bring into read over and over until they get cast?

Lazer: I believe humbleness balanced with confidence is key. Once in a while I’ll come across a prima donna attitude. I deal with it at the moment, but most likely won’t bother bringing them in again on future castings. My thinking is:  “If this person acts like this towards my assistants and I, then this is how they would treat my clients on set.”  And I can’t do that to my clients.

NP: What is the best piece of advice you can offer to an actor who is just starting out?

Lazer: If an actor starting out has a degree in acting–great. You still need consistent training and honing in on your acting skills. If you have no experience acting and want to get started, I suggest finding an acting studio that offers training.