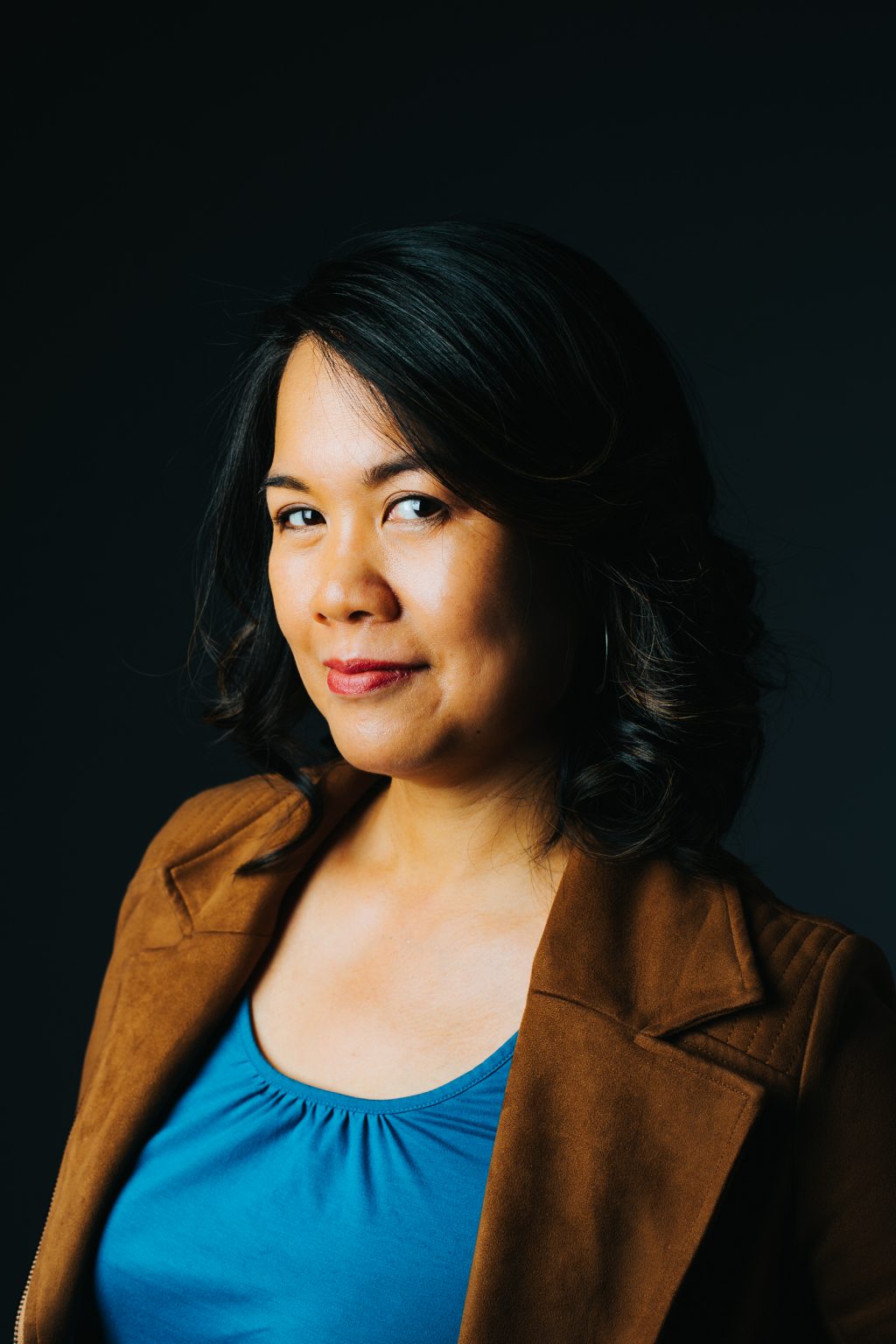 Angie Chuang is a journalism professor and nonfiction author based in Denver, Colorado. A former staff writer for The Oregonian, The Harford Courant, and the Los Angeles Times, she writes and teaches about race, identity, and the media. Her debut memoir, The Four Words for Home (Aquarius Press/Willow Books, 2014), expanded on a reporting trip she took to Afghanistan in the wake of the 9/11 attacks. The book won an Independent Publishers Book Award bronze medal in Multicultural Nonfiction, and was shortlisted for the Saroyan and International Rubery awards. Angie is a second-generation Chinese American whose parents immigrated from Taiwan. She’s currently on the Journalism faculty of the University of Colorado Boulder.

NP:   What are the junctures in your life experiences that led to where you are now at the University of Colorado at Boulder?

Chuang: I was born in the San Francisco Bay Area to immigrant parents, and identify very much with that area, where I grew up and attended college and graduate school. My reporting career took me to very different cities, ranging from Hartford, Connecticut, to Portland, Oregon. When I transitioned to academia, my first job was at American University in Washington, D.C., where I lived for a decade, from 2007-2017 — my time in the nation’s capital was basically bookended by the elections of Barack Obama and Donald Trump.

I never saw myself living in a non-coastal city, and definitely not Colorado, of which I had very little experience or knowledge before administrators at CU Boulder recruited me in 2016 for a senior faculty position there. I went ahead with the interview process because I was curious about the region, the school, and because my husband and I were feeling pulled back West, to our families and respective hometowns in the East Bay Area in California and Tucson, Arizona. We rationalized Colorado might be a happy medium between our two hometowns, one of which was too expensive, and the other which was too hot, for us.

My job interview in Boulder was in November 2016. I arrived there a few days after the presidential election. Suddenly, the idea of gaining some distance between us and D.C., of wide-open spaces, nature, more-affordable housing, work-life balance, and proximity to loved ones, took on new meaning. Also, I really liked my future colleagues and students at Boulder, and was pleasantly surprised that Denver, where we eventually chose to live, was more racially diverse than I had previously thought.

Chuang: My journalistic experience in Afghanistan, in 2004, was so singular compared to most war reporters or foreign correspondents, I hesitate to make sweeping statements. I spent roughly a month hosted by a family in Kabul, and their relatives in rural Ghazni province, focused on a handful of stories about rebuilding and post-9/11 life in the country. All of my sources had ties to one immigrant family in Portland, Oregon, where I reported for The Oregonian. So I had far more depth of understanding about one limited cluster of experience with war and the country than the breadth that many journalists had in longer-term assignments, or as either embedded reporters or Kabul-based correspondents.

What I did come to understand from the Afghans I got to know was that, while the U.S. military involvement in Afghanistan – both in the 1980s and starting in the early 2000s, continuing to this day – felt exceptional and very significant to Americans, to Afghans, we were just one more invader/occupier of many across centuries. They would talk about the U.S. military in the same breath as the British, the Soviets, the Taliban (who originated in Pakistan, so was seen as an outside force), and even Alexander the Great and Genghis Khan. War and occupation were a way of life, as cliché as that sounds, so there wasn’t really an expectation that things would change or become suddenly peaceful. Afghans knew that occupiers begat more occupiers, and however bad one was, the next one could easily be worse. They were very good at focusing on the here and now, the day to day, because there wasn’t much that could be planned for long-term. Strangely, the current pandemic has put the world in a similar state of needing to be present and flexible about expectations for the future.

I came away from my time reporting on Afghanistan knowing less about war than I did when I started. Or, I should say, I learned that my assumptions and worldview from having lived in the privilege of a country that had engaged in many wars, but had not experienced them consistently on home soil, were impossible to reconcile with those who had lived as most Afghans had for the past half a century or more. All I could do was set my own presumptions aside, and listen with great humility — and try my best to convey the reality of others in whatever limited way I could. I would say that our policymakers and military leaders need to do more to bridge this gap of understanding I describe. It’s clear from documents and reporting after the fact that the U.S. really didn’t know what it was doing in Afghanistan, and that many – including countless dead, maimed, and traumatized U.S. troops – have suffered because of that.

NP:  How would describe the role of the foreign correspondent or perhaps a free-lance journalist in reporting events in different countries given both political and health related issues?

Chuang: Reporting in extreme or disaster situations in any country carries risks as well as political and cultural considerations. Though I took calculated risks in reporting in Afghanistan in 2004, I have also felt domestic assignments were risky in their own ways. I worked in flood conditions in New Orleans and southern Louisiana after Hurricane Katrina that certainly exposed me to toxic waste, oil spills, decaying bodies and carcasses, and I’ve certainly encountered threats as a reporter because of my race, gender, and/or being part of the news media. So I approached situations similarly regardless of where I was: I researched extensively, found local people I trusted to help me navigate, and worked with my editors and collaborators (photojournalists are great teammates) to find a balance between risk and storytelling.

The situation today is even more fraught for reporters, particularly those who are women and people of color, who have been targeted by our current administration and many of its followers. I also have such appreciation for reporters who are on the frontlines of covering Covid-19. While there were tangible measures I knew I could take to avoid dangerous places or situations in Afghanistan and still talk to people, be in a variety of places and spaces, smell the air and taste the food in order to tell a story, the virus has really presented a wholly different kind of danger for those doing on-the-ground reporting, whether in the U.S. or abroad.

NP:  What is the effect on journalists in light of the deluge of disinformation and misinformation via television, the Internet, censorship, cultural and racial bias and prejudices? How does one sort through the barrage of information to determine what is and isn’t valuable in affecting person’s life?  What does the future look like in the field of journalism where even within one’s own country a reporter can feel like a correspondent in a foreign land?

Chuang: If someone knew the answer to this question, they should immediately develop the app for it and include me on the IPO, because they are going to be very, very rich! In all seriousness, there is no easy answer, nor will one come to us anytime soon. My daily journalism career ended in 2007, right at the cusp of the explosion of online news and social media. I teach students who have grown up in this environment, and have a different relationship to information and news than I do. I learn as much from them as they do from me. For some young people, the current realities make them skeptical of everything, while others feel even more determined to be truth seekers, whatever that will look like in today’s journalism. All of that said, it’s easy to forget in this information barrage and onslaught of questionable media practices that every day, journalists are producing exemplary, groundbreaking, accurate, and compelling stories amid the noise. Just a quick scan of the 2020 Pulitzer Prize winners, from news media outlets big and very small, gives a glimpse into this reality.

So I haven’t lost hope that professional journalism will continue to be vital, even more so, in this new era. If anything, the realities of “post-truth” thinking at the highest levels of government, the polarization of attitudes toward the news media, and the erosion of the “one side, then the other side” models of false balance that have led us to this current time will force journalists to evolve and change their ways of collecting the delivering information in an economically challenging – no, devastating, if you look a list of recent news-media layoffs – time. And though “citizen journalism” has fallen out of vogue as a term, I do think the far more visible involvement of cellphone videos and other forms of public involvement has produced more gains than losses. Like so many, I’ve been troubled and heartbroken about the stories of Amy Cooper and Christian Cooper, and especially of George Floyd, this week. But neither of their stories would have even seen the light of day had non-journalistic video, and concerned or outraged citizens sharing it with the news media, not become so commonplace. How many needless deaths occurred in the past without this documentation?  Yes, there’s a tradeoff, but I hope going into our uncertain future, journalists can be a constructive part of figuring out how this collision of private and public,  documentation and privacy, transparency and overexposure, will best serve our society.