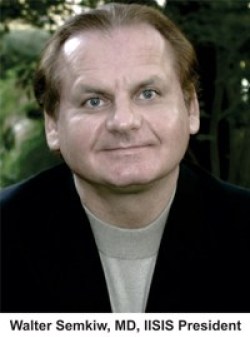 NP:   Belief in reincarnation is ancient and can be found within nomadic tribes thousands of years ago with the concept of cycles of birth and rebirth.  Has our understanding of reincarnation evolved over the centuries within different cultures and religions? Do you think primitive tribes and communities are more in touch with the natural cycles of birth and death without all the diversions of modern cultures?

Semkiw: It is possible that individuals in communities that are not part of the developed world have greater access to clairvoyant abilities, which allow access to past life memories. Still, such experiences are subjective, which do not promote universal understanding of the fundamentals of reincarnation.

The major breakthrough occurring at this time is that evidence of reincarnation is not considered a subjective phenomenon. Rather, the truth of reincarnation is now considered objective. The primary source of evidence involves the work of the late Ian Stevenson, MD of the University of Virginia. For a period of 40 years, Dr. Stevenson traveled around the world studying young children who had spontaneous past life memories that could be objectively validated. These children would give enough detailed information regarding their past life identities, parents and relatives, as well as the geographic location of their past life homes, that past life families could be located. When the child was reunited with the past life family, family members would validate the child’s past life memories. Dr. Stevenson compiled approximately 1200 of such validated reincarnation cases. To learn more about Dr. Stevenson’s work, go to: Reincarnation Research of Ian Stevenson.

NP:  In what way(s) do you think the study of reincarnation is valuable to the individual and society? What do you see as the downstream effects of reincarnation studies in terms of war and peace and culture/human affairs?

Semkiw: One of the most important Principles of Reincarnation is that souls can change religion, nationality and ethnic affiliation from one lifetime to another. Most wars are based on differences in these cultural markers of identity. When people realize they can be Muslim in one lifetime and Christian or Jewish in another, Shiite in one incarnation and Sunni in another, etc., then, they will realize they are universal souls, not limited to an identity based on one particular culture. In this way, conflict will be mitigated. This, indeed, is the mission of ReincarnationResearch.com, to help create greater peace based on evidence of reincarnation.

One of the most dramatic cases with change of religion and nationality involves the reincarnation case of Anne Frank | Barbro Karlen. Anne was persecuted as a Jew during the Holocaust, while Barbro was born into a Christian family in Sweden. If the Nazi’s knew that one could be born Jewish in one lifetime and Christian in another, the Holocaust could not have happened. To review Anne Frank reincarnation case.

There are multiple Ian Stevenson reincarnation cases that show change in religion, nationality and ethnic affiliation. To review these cases, go to: https://reincarnationresearch.com/case-categories/?cat=change-of-religion-nationality-race

To review our Mission Statement

NP: In his speculative work Zen Physics, astronomer David Darling wrote, “No one has yet come near to circumscribing the bounds of physical reality, we cannot rule out the possibility that any specific collection of matter, however complex, will recur – and recur many times over – in the distant future” and the “same argument applies, with equal strength, to the past of an old universe, or collection of universes.”  To rephrase the German theologian and physician, Albert Schweitzer’s thoughts, does reincarnation offer a comforting explanation of reality?  What does the future hold for the study of reincarnation?

Semkiw: In my opinion, evidence of reincarnation will totally transform society. Currently, with one-lifetime religions, people look at existence in the short-term. Further, these religions espouse beliefs that if one follows the rules of the religion, then one will be granted entrance into heaven. This type of system allows Islamic Jihadists to kill scores of people with impunity, with the false belief that Allah will reward them for murdering infidels. Similarly, Christian soldiers pray to God for assistance in preserving their lives in their efforts to kill their enemies. Do not the enemies have the same God?

Evidence of reincarnation will hopefully cause people to think in the long run, across multiple lifetimes. Actions conducted in this lifetime will have repercussions in the next. Ancient enemies will lay down the sword as people realize they can reincarnate as their own enemy. People will make environmental concerns a person issue, as they realize they will be returning to this planet soon.

The repercussions of past life actions will be experienced in proximity, as the average time between incarnations in Dr. Stevenson’s 1200 validated childhood past life memory cases is only about 1.5 years.

Evidence of reincarnation will continue to grow due to the Information Age. In the past, it was much harder to try to validate past lives. In the past, only the very wealthy or accomplished could have portraits done and as such, only few people could assess for physical resemblance across lifetimes. With the advent of photography, the ability to look for similar facial features across incarnations has risen exponentially. With the ability to do research over the Internet, the investigation of past lives has become much easier.

I think reincarnation is in the transition of being a belief system to becoming a science, one that will help Earth become a “divine” planet.