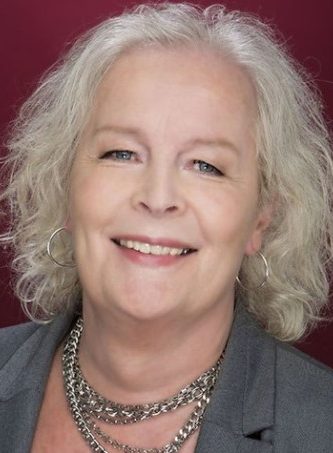 Caitrìona Reed of Five Changes, Warner Springs, CA, guides individuals to find their authentic personal power and vision, and mentors them to make it real in every aspect of their life. She has led workshops, trainings and retreats internationally for more than twenty-five years. She is a Master Trainer of Coaching NLP (Neuro-Linguistic Programming),Gestalt and Ericksonian Hypnosis, and has been authorized as a Zen teacher by renowned Zen Master and Nobel Prize Nominee, Thich Nhat Hanh.

NP: Leadership comes in many forms from situational, charismatic, transactional, transformational and evolutionary among others. Why evolutionary leadership?

Reed: Evolutionary leadership is a multidimensional perspective that includes positive psychology, spirituality and integral theory. We define Evolutionary Leadership at Five Changes as the commitment to have a positive, long-lasting, impact on the lives of others, regardless of scale. We make that commitment while acknowledging that the world, and society, are made up of living systems, continually changing; and that we can never know the full extent of the impact and influence we can have.

Nelson Mandela famously remarked that the best leader leads from behind, makes him or herself invisible, so that those they formerly led come to see themselves as leaders. Perhaps in this context the question is simple, “How can I empower others so that they see themselves for who they truly are?”

NP: Are we experiencing a cultural paradigm shift in how we perceive leadership from your vantage point? And, how is evolutionary leadership changing and how is it relevant to everyday living?

Reed: When I consider the idea of cultural paradigm shifts, I remind myself that I live in my own cultural bubble, and that everything I see from inside it, is determined by the inevitable distortions. Having said that, it’s clear from my perspective that leadership, and perceptions of leadership, change as institutions and global conditions change, and that we are facing critical global transformations on every front; socially, politically, environmentally, and economically; that inevitably trigger multiple paradigm shifts.

I know someone who likes to say, “Things are getting better and better, and worse and worse, faster and faster.” Economic and environmental dangers challenge our collective future as a species. The question is whether any sort of evolutionary leadership, no matter how much of a shift it promises, will go far enough, and quickly enough, to change that. Evolution, as we have understood it, may not be enough. As Gregory Bateson remarked forty years ago, unless there is a change in how we think, as leaders or otherwise, we have a “snowball’s chance in hell” of making it.

Fortunately we proceed anyway, as an act of faith, or as an expression of our understanding that there is always more at play than we can know. Darwin wrote about the survival of the fittest in terms of the “survival of the most adaptable.” Our adaptability is being tested. We are now imagining a quantum shift in human thinking and behavior taking place, despite all the things we are doing to destroy the ecosphere, or attempting to do in order to save it.

As leaders, our work is to prepare the way, to facilitate a certain kind of openness, receptivity, and intuitive creativity, so that this change can happen organically. That itself presupposes a huge change in how we think about ourselves, both as individuals, and as individuals within a collective or a system. We can prepare ourselves to be an effective catalyst for positive change.

NP: Are we experiencing a shift in self-perception?

Reed: During the past half century quantum mechanics among other scientific models changed not only the metaphors we use to understand space, time, and matter – everything we assumed about how the universe actually works. And research into the brain and consciousness from a neurological and cellular perspective poses ever more questions, and continues to deepen the gulf between what we think we understand and what remains unknown. Our self-perception is in a fluid state.

NP: Could you speak more to the question of adaptability and the evolutionary leadership process?

Reed: When we act out of fear and feel cornered, with few or no options, adaptability and survival come into question. In such a situation are we able to step back and ask, what can I learn here? Can I restate my predicament by affirming that this might be the best thing that could have happened? Then the question arises, “How so?” The emotional state of negativity is changed to one of possibility and even promise. To ask how so is likely to point to a very different sort of answer than could have been imagined just a few moments earlier. One might ask how can I yield to another perspective? At that point the shift has occurred.

What may yet prove to be one of the most far-reaching shifts is the recognition that the evolutionary process itself, whether of species, or of living systems, takes place as a series of quantum leaps. How we understand the nature of change itself no longer conforms to the spatial and temporal confines we once gave it. Physics, cell biology, living systems theory all point to new shifts in thinking about leadership from an evolutionary standpoint. We are reminded that what we don’t know is always far greater than what we think we know. And that power works best when it flows through the system, rather than, when it’s top-heavy, and used by one element to dominate another.