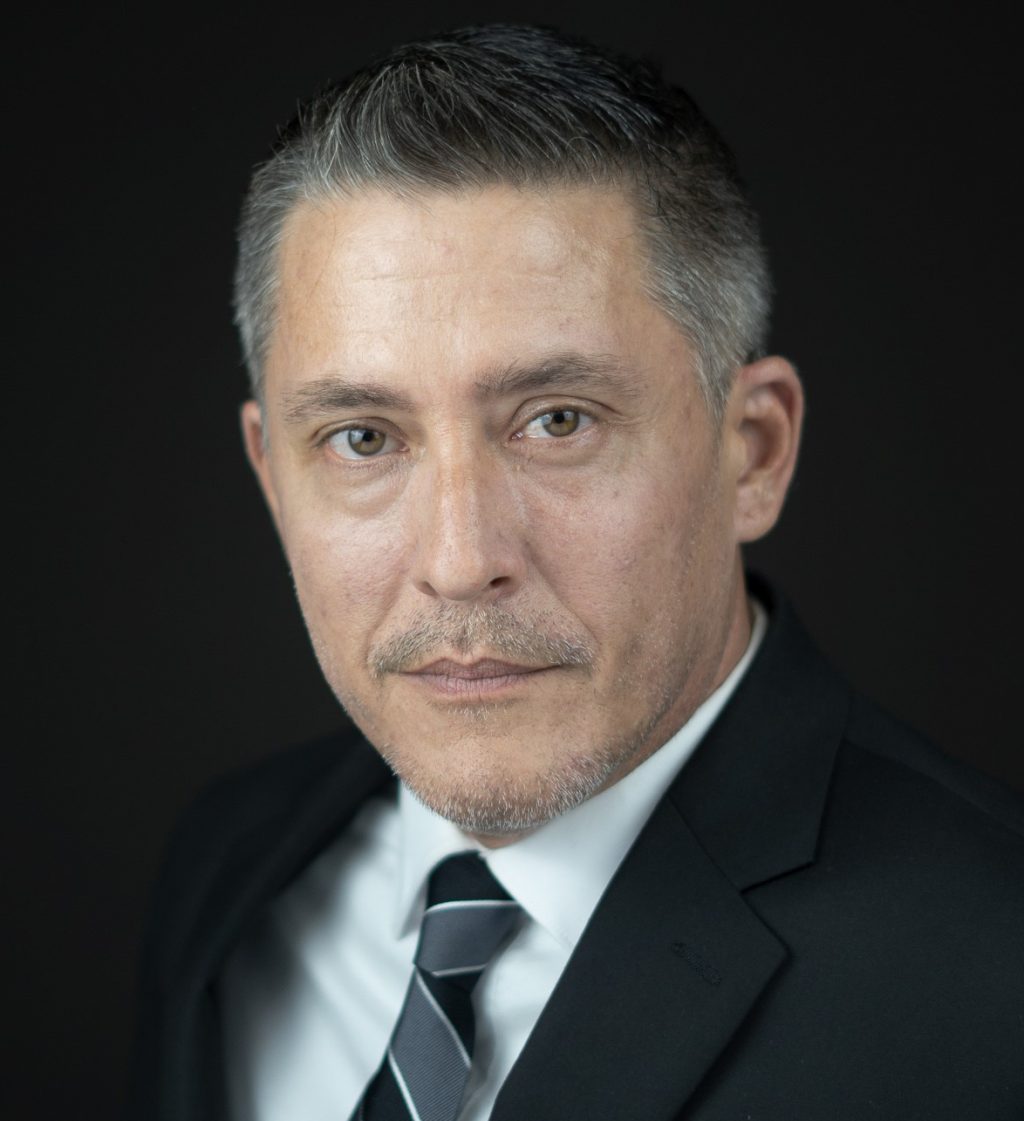 Edward Reid: I am an American to the core, full of many ethnicities as could be identified by my DNA records!  I also have a background in history and art and a passion for philosophy.

For more information see the following:

NP: Your background is remarkable with a charismatic quality to it. If you were to look in the mirror and ask yourself the existential question of “Who am I, what would your response be?”

Reid:  I am someone who is influenced by helping others and I derive joy in that process.  I am open and honest in how I feel and what I know about myself and the world as I view it. Sometimes that can be problematic, but I know it’s the right thing to do especially in a society that is not always interested in the truth.

NP:  Your work as a film maker has a provocative and raw quality to it. How would you describe your approach to your projects?

Reid: First and foremost in my Polish films I always want to tell the truth as it was.  I am a filmmaker historically and fictionally.  One of my recent films, a dark comedy, that I wrote is now on Amazon.  That is the story of background extras trying to make it big in the entertainment industry.  Here I am able to take a look at society in a way that is practically unknown.  The lives of extras are ignored, so I felt compelled to write about their mistreatment and explore their lives, explaining to the public who they were and why they did what they did.  I did that in my more philosophical and humorous way.  I have always had a concern for people and their place in the world and that has been a big part of my life. I want people to know when other people are being mistreated and suffering. I want to speak for those that cannot.  I believe it is a moral issue as well and how I grew up to try and be honorable as best that I can and be vocal when I see wrongs being committed.

So I am involved really in two areas of film, one more semi-fictional and the other about the true Polish story.  These two areas are also quite separated in my life.  I do not combine these two.

Most of my Polish films are speeches directly to the audience.  I want to engage them and bring them closer to the reality of the victimhood, suffering, and heroism of the Polish people.  Most people do know about the Holocaust and the six million Jewish victims, but there were many more victims that are often neglected or ignored.  Many people have no idea of the “others” in the Holocaust, including the Polish and I find that frustrating and sad.  It is vital, in my opinion, that all victims of the German Nazi and Soviet Russia are somehow remembered and honored.  Many people are open and interested in this if you speak to them in the right way, it’s just that many people have never heard about the Poles during the war, westerners especially.

I have faced backlash for this because it seems I was treading on someone’s turf. Somehow speaking about the Polish is a very sensitive topic and the Polish story being shared has faced resistance in some devious and terrible ways.  It was almost like opening a can of worms when I did that I could not put back, but I knew I must continue because it was the right thing to do.  I truly believe in equality in humanity and those who have been wronged need to be honored and appreciated regardless who these victims were.

NP: For many readers today Poland’s survival through war and regime changes is startling and distant.  What was it like for you to uncover and reveal Poland’s turbulent history and to help people better understand the trauma, the heartache and joy the people experienced? What are the downstream effects on today’s politics and culture? What are some of the stories of Poland you would point to for a better understanding for today’s reader?

Reid: Poland’s history is “startling and distant” and most people have no idea about the heroic Poles who never surrendered.  The Polish people were betrayed from the start of the war, throughout, and at Yalta by the allies, handed over to the Soviets.  The allies celebrated at the end of the war while the Polish people who fought and bled for them were not even allowed to march in the Victory parade because Churchill didn’t want to offend Stalin.

Poland’s betrayal left them behind the Iron Curtain, so many Poles could not tell their stories or the truth until recently.  In doing this as well, some history has been contested and new truths leaving some people on the defensive.  While the Polish people were blocked from revealing their war experiences other people wrote their history.  Again, this is a topic I address and has caused me some problems.  My intention has been to tell the Polish story objectively and honestly and I have uncovered an agenda that doesn’t like that.   Millions of Polish people were executed and many died in the concentration camp.  Poles were also being murdered after the war and throughout the Soviet regime, executed thousands and left in unmarked graves, now Poles can celebrate the heroism of the “Doomed Soldiers”.  One of those Poles who continued the fight could be considered the most unknown and bravest individuals of the war.

Witold Pilecki a veteran and an officer in the home army actually volunteered for Auschwitz to find out information, which he did.  He warned about the Jewish genocide and was one of the first to get information out about the camp.  He begged for intervention, bombing of the tracks or camp or assistance to help overthrow Auschwitz.  When no help came, he escaped from the camp and as a leader of the underground army and fought in the great Warsaw Uprising in 1944 in which almost 250,000 people perished.  He continued to produce intelligence after the war but was arrested and tortured actually by some of the same people he risked his life for.  He said in comparison to the Soviet methods of brutality, Auschwitz was child’s play.  Everyone should know this story about one of the most ingenious and bravest individuals in the war, but he is not known and in reality this is not unusual.

The amount of unknown Polish bravery – the stories are overwhelming.  Hollywood would have thousands of incredible stores – as well as saving Jews and in my opinion this is ignored. Poland put up one of the biggest fights, while suffering the largest casualties, but are completely overlooked.  One other story is about the Polish pilots who fought along with the British RAF and it has been concluded that without the Polish help, the Battle of Britain would have been lost and that would mean the war.  Even more conclusive about winning the war was the Polish Enigma machine that is now claimed by the British.  The extent of the cover-up ignoring Poland throughout the west is shocking.

NP:  Years ago I was in community theater, I was not the lead. Rather just a bit player. For all the talk about the common “folk”  a word I find rather impersonal, rather than the word person, I empathize for the small roles and their effect on the whole picture. What are your thoughts about the word “celebrity”?  Are we developing a caste system in this country between classes of people?  Are there comparisons to be drawn between the 1930s in pre-war Europe and today in the USA?

Reid: The Polish people, the “folk” in my research and discussion is that of a primary problem, they have trouble reminding the world about their suffering.  Many just wanted to move forward which is actually a problem.  It seems like their culture is one that is silent about the crimes against them and sharing that.  For them, they want to forget the horror they faced and move forward.  I believe that this has been a detriment for people hearing about Polish history.  Other cultures are very open about their suffering and past and define themselves by it.  It defines who they are and their culture.  Almost a religion of victimhood that everyone must know, even defined in schools and laws.  The Polish are not so much like that and I believe they feel it is more honorable to move look into the future instead of dwelling on the past and defining themselves as victims.  They don’t see themselves as victims, more like survivors.

We do have a celebrity “problem” I believe because some of those with fame delve into matters they should not.  They have no information or facts on something, but they share on it often with ignorance and people blindly follow.  Too many people believe in fiction and when they are called out on that they just attack instead considering what’s behind the issue they support or do not support.

As for castes, we are just so polarized right now and that it is alarming.  It seems some westerners have lost logical thinking and there is no way to change that with reason.  There is no empathy anymore and people divide themselves into teams.

We are often involved in meaningless things to distract ourselves from personal growth.

I think as for comparisons I think we are living in an Orwellian society where people who speak out against the mainstream they are censored.  Facing it myself I know well how people manipulate freedom of speech and turning it to “Hate Speech”.  This to me is so appalling and deceptive and they clearly have an agenda against some people.

NP:  Is there a paradigm shift in film making as a result of the Internet, technology in general, pandemics & climate change?  What would you like to see happen in film and theater?

Internet and technology can work for good as well as bad.  The spread of ignorance is rampant because many uninformed people take what they see as the truth. Questioning what is and what is not has changed profoundly, because too many people don’t question anymore.  For me, my Youtube was disabled for “hate speech”.  This is in regards to a speech I made about Jewish organizations claims for property and money from Poland. After researching the bill proposed, Act. 447 I found many problems in it and how it is actually illegal and reparations have been paid fully. I felt it my duty to speak out against this form of extortion.  Freedom of speech is not truly free unless it fits a certain narrative otherwise you may be defamed and censored.  I have faced such issues from the time I started speaking about Poland, so obviously I have found something that many don’t want the public to know.  There are many agendas at play in society.  As for film and theater I would expect freedom for individuals to produce what they want and that is not happening.  Still videos and films are censored when they don’t fall in line and that is unacceptable.