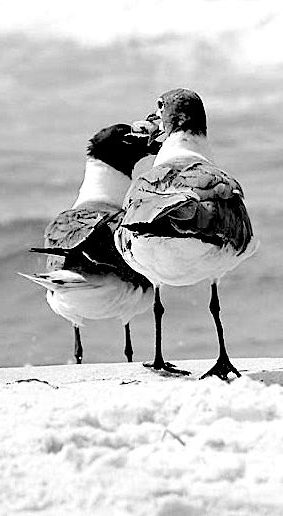 Two wives, two divorces and a missing father later, he found his niche somewhere near Venice, Florida with a postcard view of the Gulf of Mexico. He sometimes traveled to the Atlantic side but there were too many New Yorker and New Jersey personality types for his tastes, whatever that meant. His first wife revealed she had evolved and ran off with a Free-Will Baptist minister’s wife and his second wife won a lottery and headed to California. As an aside, he loathed alligators, snakes, lizards and spiders but thought he could put up with the wildlife and climate related issues encountered as the warmth of the sun offered a balance, so, he rationalized.

As he walked outside toward a marina across the road where he owned a sailboat, he heard a voice behind him. “Hello John.”

“You still collecting sextants?” She asked in her slight Ukrainian accent.

“Yeah. But not this morning.”

“How are you feeling?”

“I saw the sunrise. Can’t get much better than that.”

“You could say that.” He stopped, the brevity of it all, he thought. He decided to settle on the Florida Gulf side after a lifetime of hard work in a factory up north.  And now in his sixth decade he owned a small bungalow with a polished concrete floor and could smell the fragrant breeze through a screened in porch, plus he still had his travel worn sailboat. “How’s Ralph?”

“My husband? He’s was still asleep when I returned from a small church group gathering earlier this morning. You headed to your sailboat?”

“Yeah. More like a dingy with a sail affixed.”

“Yeah right. Twenty-eight feet is not that small. Mind if I walk with you?”

“Nah. Sail needs repair and no money for gas, so thought I just sit on the boat and fantasize.”

We arrived, climbed aboard. “Want some coffee?” John asked.

We sat on some cushions and looked out over the marina, boats coming and going under the clear blue sky with a radio playing a 1950s smooth jazz recording coming from the yacht moored in the next slip. Katyrina looked over at John and asked, “How’s your prostate?”

“It’s still in reasonably good repair since last night. Thank you. Never knew that stuff had so many uses.” He grinned.

“Would you like to resume where we left off?”

“Where do you think?”

“My fishing gear appears to be missing this morning.”