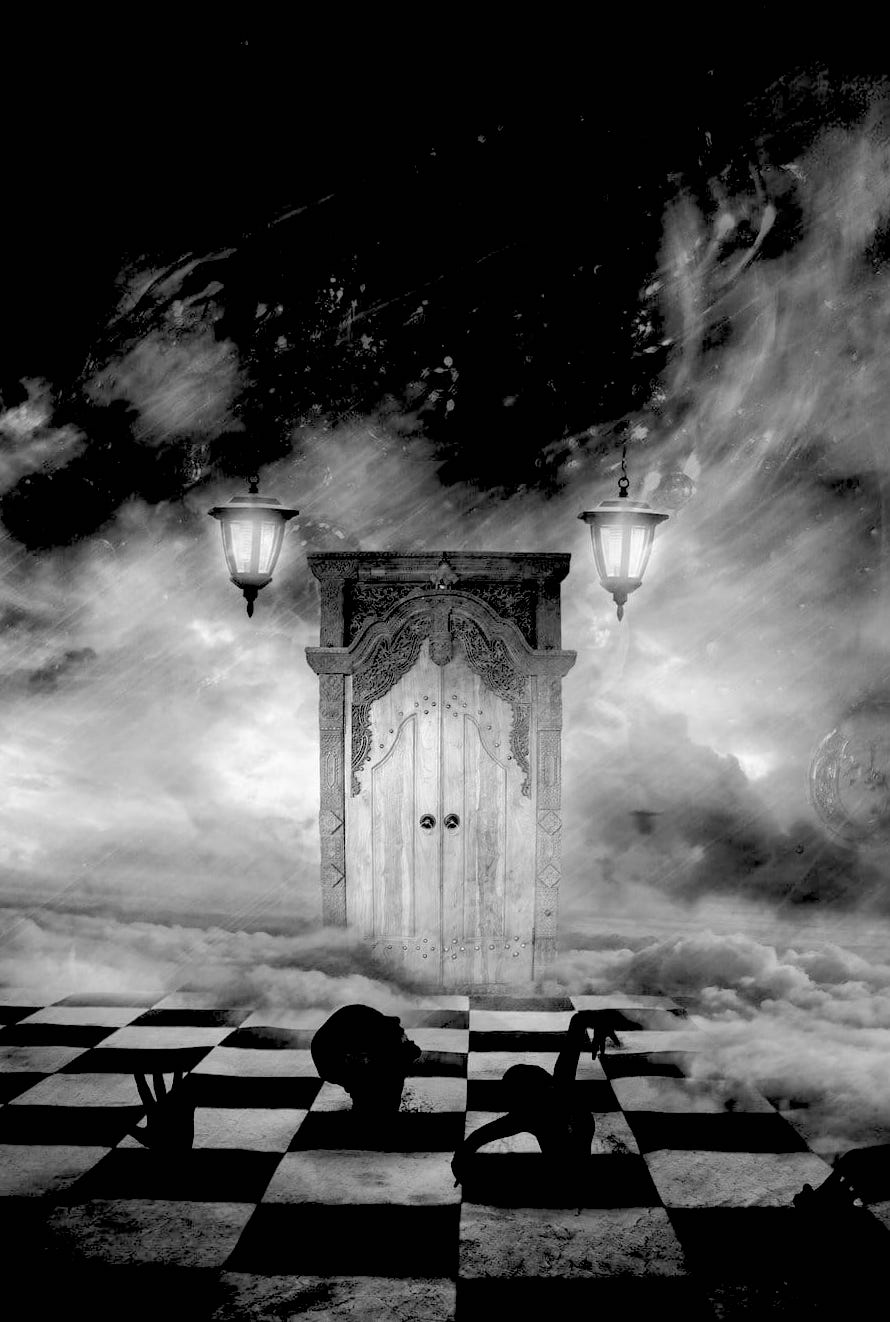 Credit: The Surreal by Shadow Tuga

A classical Baroque musical piece was playing in the background when I joined my colleague. The spacious room was constructed with tall clerestory windows looking towards the sea in the distance, stone walls, with medieval looking tapestries hanging from them and polished concrete floors with oriental rugs serving as space dividers. There were several faux-leather armchairs situated on either side of a long piece of preserved driftwood serving as a coffee table. On the coffee table was a chess board and looking beyond the windows waves crashed on the receding rock-strewn shore.

“When did you learn about it?” She asked as we sat down across from each other.

“The mysterious hole that appears to be moving through Interstellar space towards our solar system, closer than we could’ve imagined.” She looked into my eyes while leaning over and adjusting the strap on her boot.

“Are your referring to the fact that someday our planet will be sucked into a black or worm hole and we will vanish…and the information that Earth and its inhabitants would be crushed into nothingness leaving little informational debris or energy about humans and their civilizations as it were? I asked in turn.

She nodded. “Along those lines.”

“Hmm. But for the grace of God. Still, there are no laws of physics that can correct the imbalances.”

“It doesn’t cosmologically concern you?”

“No. Humans will destroy the planet sooner than a spiraling hole. Look, the sea is closing in on us. The planet will eventually die as all things do. Nothing will remain but the desert of a dream. Or perhaps I should say wet dream. Well…all that might remain will be the spacecraft like Voyager I & II hurdling through interstellar space and…perhaps visiting another solar system with their greetings, that there was once a species located in this part of the galaxy. Still, I have no expectations.”

“And no expectations makes life easier?” She asked.

“Exactly. Not to dismiss the concerns but we had similar ones when we were students and interns in the past century when we talked about disease, nuclear war, asteroids and everything in between. We just tell ourselves that we try to make this life a little more comfortable for everyone if possible, even though that’s far from the facts.” I then took a deep breath.

“The president of a former world power. Who is yours?”

“Some celebrity therapist.” She replied.

“By the way, what ever happened to your home partner?” I asked.

“His software went bad. I’ve had to rely on my other friend while he gets reprogrammed.”

“Your other friend is the newer model?”

“Yeah, he’s also been reprogrammed with more up to date capabilities.” She grinned.

“How’s your wiring?” I soberly asked.

We simultaneously nodded, winked and made our way to our respective offices.