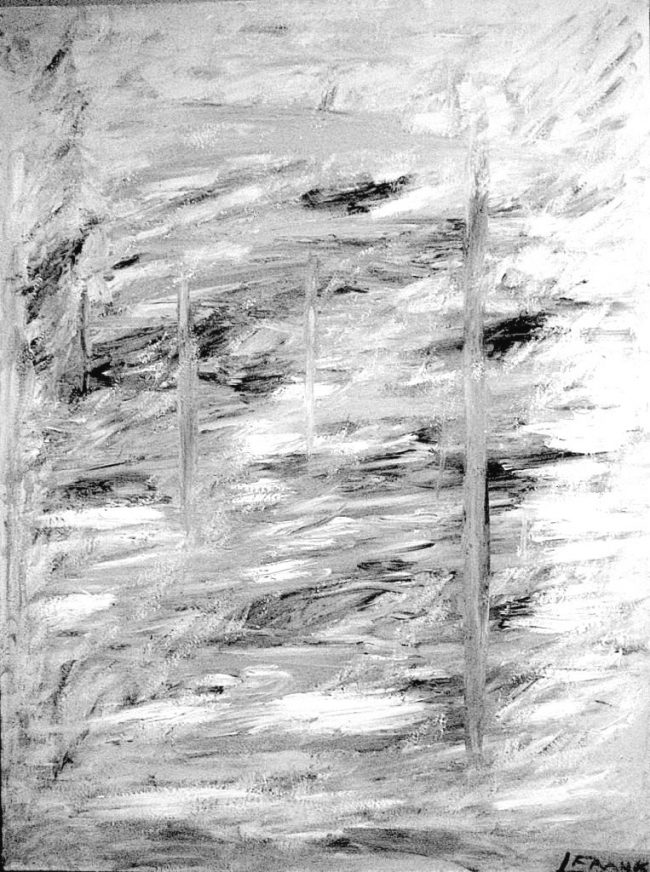 As far as I know most buildings are not conscious of their own mortality. They are isolated, even midst a community of similarly designed buildings. If they had a brain with a memory function, would there be built-in indicators to determine the onset of what I call structural dementia. The challenge with dementia centers on whether a professional is willing to come forward and admit to the onset of dementia in a building that possessed artificial intelligence? The reality of design can be exciting and precarious. It’s a calling.

Years ago I decided to fulfill my deep-seated calling. I earned my Doctor of Medicine followed by a Master’s in Architecture. My goal was to become an architectural psychiatrist. And establish a private practice. It would allow me to assess the potential mental and physical effects of buildings on architects, interior designers, users and the community as a whole.

I discovered that each building retained the personality characteristics of the designers, building owners and influencers – like politicians and powerful members of the community. Environment, ego, philosophy, money, politics, tolerance for ambiguity and literacy are essential to understanding design.

The existential psychiatric component applied to architecture involves the ultimate concerns of existence that include freedom, existential isolation, meaninglessness and death. I knew that once a building was designed and built, the lifespan of its existence was built into the calculus. I also noticed that certain designs perpetuate open minds, others the need for privacy, still others isolation and in too many cases, the loss of hope. A building’s existence is politicized and temporary. How much is it going to cost, who’s going to pay for it and what’s in it for me is a standard line of thinking. Any number of buildings may become transients and vagabonds of design while being colorfully marketed. The building’s “hurt” is unnoticed as it’s inanimate without feelings, yet causes feelings.

To exist? Some designs effectuate the usage of stimulants, meditation or the search for paths to well-being.  Artificially programmed buildings appear as solving problems like structural dementia issues.  Will these programmed buildings have a say in determining their own fate? What if they say “no” at some point for whatever reason?

I work alone except for my administrative assistant. A singular experience of mine happened on a Saturday morning. A man got out of a taxi and walked up to my office on the second floor. He was a software engineer/designer with an architectural design background. Visually he appeared calm and pragmatic. Though I noted his eyes twitched while he talked and he took a few deep breaths.

“I’m embarrassed,” He said. “I’m not sure you’re the right person to see.  I just don’t know anyone else appropriate to talk to.”

“What are we talking about?”

“During a time in which I was declaring bankruptcy I designed some building software that has its own thought process. It replicates human thought and makes decisions on its own.”

I nodded. I understood. This is what I had researched and studied. “Please continue.”

“The other day I started hearing a voice. I looked around my intelligent designed office to see if it was from one of the miniature, mechanical implants installed.”

“After a digital read out and conversing with the system’s software I determined the voice was different and not coming from the system. I then experimented. I dialed the Sirius radio station I was listening to, up a few clicks.”

“Background noise or voices?” I asked.

“Yeah, I’m not in to white noise, still I do know electronic transmissions can overlap and so while listening to music, if there is interference for whatever reason, we might catch other sounds or a voice like sound. But…I ruled that out.”

“Can it happen to buildings where they might be controlled long distance wise?”

“Yes and no. Our encryption is very solid and secure.”

“Are the buildings aware of their own security and insecurity issues? That is, do they have an emotional component?”

“Well, yeah…the software program I designed is aware and we built into it the ability to analyze, feel and self-correct.”

“Tell me more about the voice you heard and what it said.”

He looked down at floor and then said, “You no longer have anything to worry about.”

“I didn’t ask any question that would’ve generated such an answer. The voice just volunteered the information.”

“Hm. Where’s the location of the building?”

“I was at lecture two weeks ago. And the voice sounded exactly like the person who introduced the main speaker. It was very distinguished.”

“Do you recall the name?”

“No. I asked around. No one seemed to know. And she wasn’t listed on the program.”