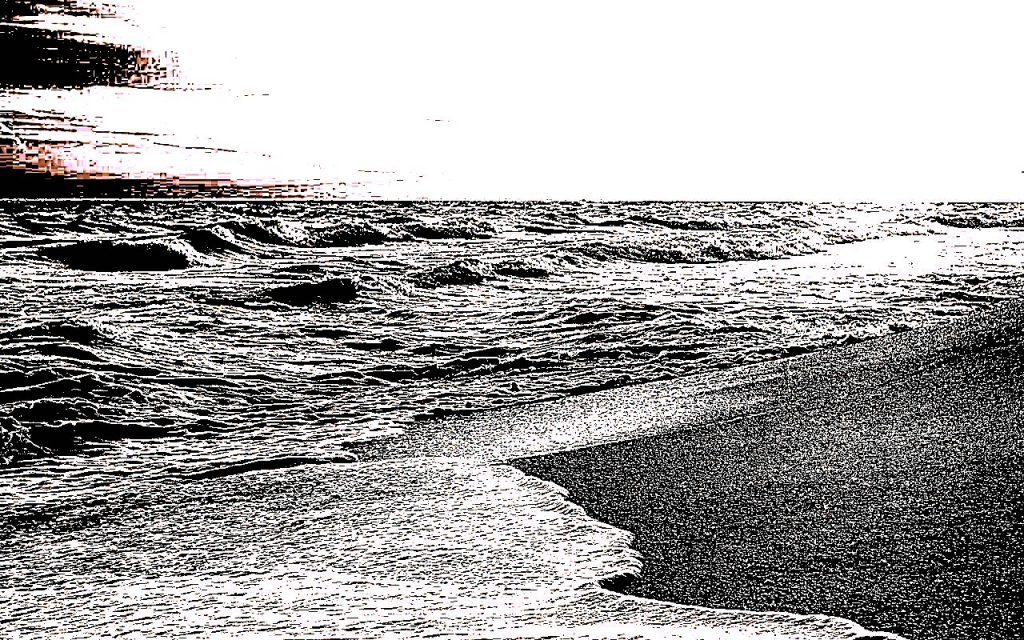 Friend: What did you find?

Friend: You had that look in your eyes looking over the sea.

Old man: I like to feel, hear and see the rhythms of the waves.

Friend: An allure of their own.

Old man: I found something during my last visit.

Old man: Perhaps an awareness in the abstract.

Old man:  As I grew older I realized I misplaced that which I sought…

Friend: Where was this?

Old man: Where indeed. The location began in an empty cathedral or perhaps it was a temple or even a museum or mausoleum of a God who died long ago. I forget.

Old man: It was the subtle abstractness of it that caused me to take a deep breath. I believe the space contained a few sculptures and works of art. It was the design of the space that an architect created. The natural showers of light, the ceilings, the textured feel of the building materials, the large wormy chestnut oak entry doors and the ensuing humbleness one sensed and felt.

Old man: Symbolic? That’s the problem. My feeling transcended symbolic. Besides, symbols can be misleading. Aren’t symbols a vanity of our hopes along with our insecurities? Man invented symbols then created rituals around the symbols…much of the time to manipulate and control others’ thoughts and our own.

Friend: So, do we give too much power to the symbols we create?

Old man: We can become pawns and even slaves to symbols while celebrating them…the people who have the power imprison people over the blasphemy of specific artificial symbols. Then those same people in power grieve that we do not really know them. If they only had the wherewithal to peer into their own hearts and minds. They do not see. They refuse to see. It would mean the abdication of their power.

Friend: All is vanity according to the author of Ecclesiastes.

Old man: That was the first time or the beginning as I said.

Friend: And the next moment?

Old man: I was walking. Just walking. My thoughts were talking to each other. I walked through a park and then felt it again as if someone was looking over their shoulder at me. Watching me. Brushing up against me.

Friend: Paranoia or serendipity or something else altogether?

Old man: Hah. I turned but didn’t see anyone behind me. Yet there was an almost sacred feeling or awareness within. It was an abstract. At the time I couldn’t place my finger on it but decided to accept the awareness.

Friend: Of course my dearest friend. What did you expect?

Old man: What do you mean?

Friend: Sometimes in our seeking we forget.

Friend: You’re blind. You only see shadows and outlines and have a wonderful sense of feeling and smell.

Old man: Sighs. I see what you mean. So that was you my dear friend…looking over your shoulder at me?