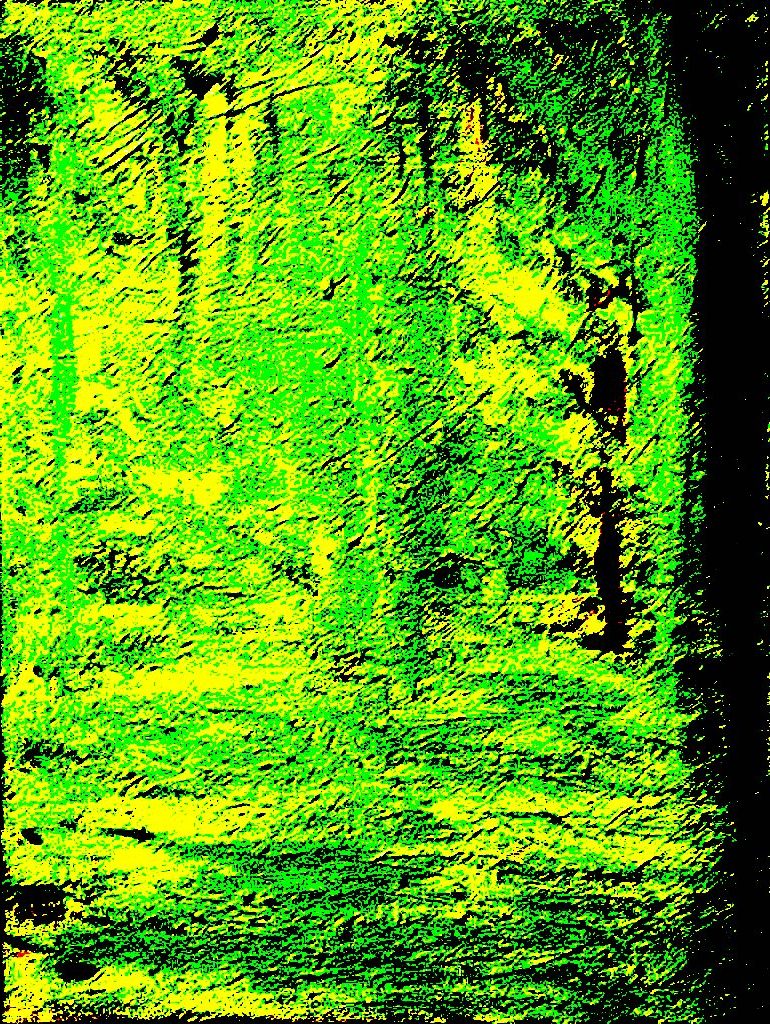 It was another sunny day with a scattering of autumn colored clouds on the horizon. As I drove into town I noticed a couple of middle-aged men walking down the street communicating in sign language.

The traffic on the main street was comprised of pick-up trucks and four door sports utility vehicles. It’s difficult for me to tell one pick-up truck from another. I’m not a connoisseur of those metal boxes on wheels though I appreciate their existence. I was passing through and decided to stop for some coffee at the café on the business route of the Interstate. The previous day I had driven over 500 miles and today about two hundred. A silver sports utility vehicle was parked in front of the town’s billboard advertised cafe

A striking, willowy woman in a short, white bandage dress, wearing tall platform sandals accentuating her height sat down next to me and placed a carry-on piece of luggage next to her chair. She introduced herself as Nadine, after which she shook her head, looked at me and asked,  “What do I know?”

“I don’t know what you know. You could always experiment.”

“That’s one way of approaching it,” Nadine said with a grin.

“You’re not with the police are you?

“Good. And you don’t work for the conglomerates in the middle of those pastures outside of town?”

“No. I’m from out of state…just passing through.”

“Hmm.” She took a deep breath and a sip of her coffee. She proceeded to tell me a strange tale about shipments in the middle of the night and the best thing about the town was its imported coffee from Ecuador. She then said she was on her way to a few states west of us and wondered if she could hitch a ride. I looked at the waitress who nodded and gave me thumbs up. She apparently knew her. Nadine had an honest face. We talked a little more.

“I just have one piece of baggage. I’m a minimalist.”  Nadine interjected.

Upon finishing our coffee and taking a couple refills and some bagels we headed to my sports car and packed her bag. I made my way back to the interstate. Once on the interstate she continued with her ususal story occasionally looking around behind us.

“Is that a silver Lincoln SUV behind us?” she finally asked.

“There’s a silver SUV but I’m not sure of the make and model.”

“I appreciate. I like sports cars. How fast does this one go?”

“I wouldn’t mind if we tested it right now. Just for the sake of discussion.”

I looked at her and wanted to ask but didn’t. I pressed down the accelerator and we left the SUV in the distance.

“Listen I should tell you…please don’t freak out.”

“Well I was in prison for several months on a trumped-up charge. Just released this morning.”

“Yeah! The books were from a library where my roommate worked. I was doing some research associated with my job but found out she lied about me borrowing them. She said I stole them and then she digitally deleted the circulation records. It was a set up. It’s a long story that’s tied to the experience I was beginning to tell you about.”

“Life is complicated. As is the way of thinking about the ownership of knowledge. You’re in academia?”

“No! I was a visiting clinical psychologist for one of those conglomerates.”

She glanced over at me, half-smiled. Her eyes were enigmatic, “I don’t know.”