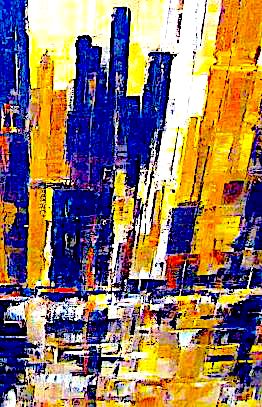 Kirika looked at her phone.

“Hurry! Please! Every minute counts!  Get the hell out of there. Now!”

“There’ll be a sea plane waiting.”

“Don’t answer your phone unless it’s from me. Don’t take the elevator! Don’t look back!”

Kirika grabbed the briefcase and hurried out of the office and down four flights of stairs. Her phone started ringing. The caller’s name and number was unavailable. Another call. The number was listed but no name attached to the number. By the time she reached the first floor and running out the entrance of the building there was another unlisted caller. She shook her head.

She started running down the street grasping the briefcase. Her knuckles whitened. She spotted a taxi with tinted windows across the street and waved to it. The driver made a quick u turn and pulled alongside her. She climbed in to the rear seat catching her breath.

“The pier! Hurry! Please!” There was a usual buzzing sound above and behind the taxi. “Hurry!” Kirika pleaded.

The driver glanced in the rearview mirror at Kirika. She couldn’t make out his face.  He pressed down on the accelerator weaving in and out of traffic. Several miles later, at the edge of the pier the taxi suddenly veered to the side and hit a railing.

Kirika moved closer to the front seat. Blood was dripping from the side of the driver’s head. He appeared to be wearing a wig. She quickly got out and started running down the pier. She could see the seaplane and ran towards it.

Within yards of it, she heard a fading voice from behind her,” Kirika!” There was another unfamiliar buzzing sound. She hesitated. There was no one waiting outside the plane, the door was open and a flexible ladder hanging from the side. She stumbled.

Just as she got to the plane, she heard someone say, “Let me help you,” and placed their hand under her arm.

Kirika found herself standing next to a hospital bed. A man in a white lab coat looked at her, “You’re fortunate. I’m sorry about your friend. He was a pilot. wasn’t he?”

“Why was he driving a taxi?” The man asked.

“An AI instructor wants to talk to you. She’s in the waiting room?” The man in the white lab coat then walked out of the curtained area.

Kirika looked around. The bloodstained briefcase was on a chair. She grabbed it. She looked outside the curtain. The man had vanished. She ran down a hallway to an exit and out on to a busy street. The buzzing sound! She could hear her heart pound. A person screamed from across the street. The buzzing stopped.

The sound of sonar. A text message. “Kirika! Run!”