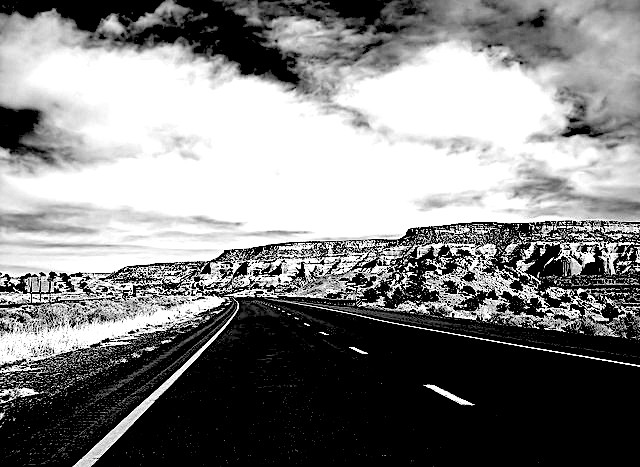 It was early morning, Phoenix, Arizona. A business trip. It also involved engaging my ex-wife about financial matters. I was sitting in a hotel restaurant when I received the call on my cellular phone. The caller was my friend, Stephen.

“I broke my leg. I’m unable to get to Flagstaff to pick up a 2012 vehicle I purchased. It’s a classic. Remember? I told you about it last week.”

“Yeah, I remember all right.” I had an existential experience with one last year just like it. A week after purchasing it disappeared. A few days passed. I was returning to my place courtesy of a construction detour. I saw it parked in the driveway of a minister’s house who claimed I donated it to his church next door.  I didn’t recall the donation. I wasn’t even a member of his church. I’m a humanist. Though occasionally I attended a synagogue with a girlfriend. It wasn’t about religion. The minister and his wife left town that week as I recall.

I took a deep breath. “Poop! Yeah. Okay. I’ll do it.” I told him I would see if Jill, my ex, who lived in nearby Scottsdale would drive me up to Flagstaff to get the vehicle and I’d drive the machine back to Memphis for him.  I then called and filled Jill in on my predicament.

“You lucked out Brad…if you’ll do me a favor in return. I’ll tell you after I pick you up at the hotel in about an hour…around 8:00 a.m.”

“Sounds good. Let’s do it,” I said not giving it much thought. I then finished my coffee, packed my clothes and waited with a carry-on bag outside the hotel. Jill  pulled up sooner than expected with another woman in the passenger seat. I opened the rear door.

“Brad, this is Juanita. Juanita, this is Brad.” Jill grinned.

I nodded as I slid into the rear seat of her large white sedan with my small carry-on.  “Here’s the deal,” Jill said, “Juanita needs a ride east that includes a stop-over in North Texas near Amarillo.”

“Sounds easy enough.” I agreed as her friend and I could split the driving between us.  I figured it would be around a nine-hour drive from Flagstaff to Amarillo.

We arrived in Flagstaff and by noon I found myself behind the wheel. “Here goes,” I mumbled to myself. It reminded me too much of the one I supposedly donated to a church.

I looked through windshield up at the sky. The Earth continued turning on its axis. And the sun appeared to move across the cloudy deep blue toward the western horizon as I drove east on Interstate 40. It was hot, dry and breezy. A coyote darted across the highway in the distance as a gust of wind buffeted us.

Juanita and I had philosophical conversations with stretches of quiet in between and switched back and forth driving.

“Fascinating.” I hadn’t been paying too much attention but it was then I noticed she was wearing button-down men’s Levi jeans, brown leather cowboy boots and a form-fitting tan blouse with a couple of buttons unfastened. Her eyes were dark brown. She struck me as an experienced soul.

“Fascinating is right.” She smiled and turned on the headlights that bathed the asphalt ahead of us. I noticed she like to sing to herself. She appeared to be happy as if she just escaped from an unwanted past.

“Later in the drive we switched back and I started driving and turned on the radio.

An hour or so later she reached over and turned down the sound and asked, “Aren’t we nearing an exit to Amarillo?”

“There’s a sign about liberals along the interstate. Social media stuff.”

“I heard you were to the left of …” she didn’t finish her sentence.

“You could say that.”

“I personally think the Panhandle doesn’t belong in Texas or any other state. Maybe it should be outlawed. Or something to that effect.”

I looked over at her.

“Imagine it’d be tough to outlaw a portion of any state. I could be wrong given Texas politics. But then there’s the three states of Tennessee hung together by sports and music. And then there’s the California coast and the rest of the state and Michigan’s Upper Peninsula. So what do I know?”

“Can’t argue with you there. But with all the wind turbines…North Texas sounds rather progressive in a climate savvy sort of way.”

“Perhaps they could call it the Republic of Amarillo with the graphic of a wind turbine etched behind the name. And their motto could be – It may be wind to you but it’s power to us!”

I grinned. “I wonder what the architects of fossil fuel are planning?”

“Hm. I don’t know. How’d your friend decide on this machine?” Juanita changed the subject.

“Well, I really don’t know. He just happen to like this one and the stars were alignment for him.”

We then stopped to get gas, coffee, bagels and fruit then got back on the road.

Once back on the road, Juanita asked, “Jill told me that in your business…you drive a lot?”

“Yep. I’m on the road a lot, too much. But I like driving. My  form of Zen meditation.”

“I can see that. What do you do when no one’s with you?” She asked as she applied lipstick to her lips.

“Listen to music or satellite radio interviews, books on tape or open the windows and feel the wind and talk to myself.”

“Ha. And when a woman’s with you?” She asked with a smile showing off her thick tan lips. “I mean with so many hours on the road from what Jill told me…don’t you get a little worried…about your prostate?”

“I’m a nurse. I studied the male prostate. I find it intriguing.”

“Medicine is an imperfect science. Sometimes the medicine we take necessitates taking another medicine to offset the first medicine. I prefer the natural way.”

“Really?” I looked over at her as she retrieved some tan latex gloves from her large bag. The gloves matched the color of her skin. She slipped them over her long fingers.  I wondered what she had in mind. I adjusted my body on the increasingly stiff seat.

A sign on the right side of the road read, Amarillo. “We need to exit up here on the right. If you don’t mind?” Juanita said.

“You see that truck stop?”

“Yeah.” I pulled in alongside the building.

“Didn’t Jill tell you about my hobby?

“I’ll be right back!” She then leaned over and kissed me on the cheek and darted out the door and headed towards the truck stop store.

I looked around the parking lot. I turned on the radio. Country western music. I turned it off. “Crap. What did I get myself into?” I said aloud.

Minutes later I saw Juanita come running to the vehicle, carrying a brown leather satchel.  She opened the door, climbed in, placed the satchel behind the seat, “Let’s get the hell out of here!” She then flashed a smile. I pressed down the accelerator and headed to the interstate.

A few miles later on the interstate Juanita placed her hand on my arm. “Don’t worry,” she said. I didn’t steal it. A friend of mine has been storing it for me this past month.”

I nodded. “Okay.” I looked in the rearview mirror. No one was following us.

“When you get tired I can drive. I want you to be wide awake for me.”

“I’ll show you a little later.” She winked.

“The minister that took your vehicle? He moved to Arizona”

“Sometimes serendipity has to be planned ahead.”