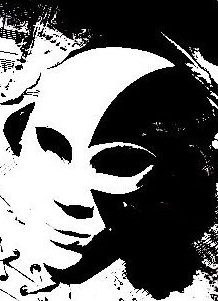 We stood on the expensive Italian marble floor a distance from the pool. With a boyish grin he said, “Let’s be honest. To consciously lead is to manipulate. I seduce through misdirection, deception, adulterated truths and come to Jesus sessions…when they are necessary.”

“Invoking religion has its value. I mean the chief role of re-informing is to alter facts thereby affecting the future and so history is then revised to accommodate the altered facts. Besides, I ask myself, what really is factual in our relationships with each other?”

“Whatever. The idea is that work may seem like, shall we say a marriage on the surface, but in reality …we both know better.”

“Look, I treat my customers, and that includes my family, with a similar measure of gratitude, if they are nice to me. I like to let them think they are in charge and so I give them small controlled choices – think of cattle being in a fenced pasture to explore.”

“And you make the big choices?”

“You don’t think people will catch on?”

“It doesn’t matter if they do as I’m in control in the greater sense. There’s nothing like confusion. You see for me disorder contorts the issues and strengthens my hold on power. One of objectives is to feed into the suspicions of the people and all the while redirecting their thoughts away from my behind the scenes dealings.”

“All to satisfy your hunger?”

“If you want to call it that. Then again most people who think they know me don’t know what my real hunger is.”

“Greed has it’s role. On the other hand, why should I compete for something I already have? Let my customers compete with each other.”

“So what is your real hunger if we might use that term?”

He leaned over and whispered in my ear.

I stepped back, “Really? Are you serious?”

“Yes!  It’s what I always wanted since my youth, when I first discovered…well, you know.”

“What are the downstream implications.”

“You’re asking me…if it would matter?”

He nodded with a mischievous look in his eyes and then reached up to his neck and peeled a mask off. I was both startled and astonished with whom appeared before my eyes. “Remarkable!”

“Thank you. Forgive my genius.”

“Even my wife doesn’t know who she’s been sleeping with.”

“Good grief. How could she not know that you’re not…or are you?”