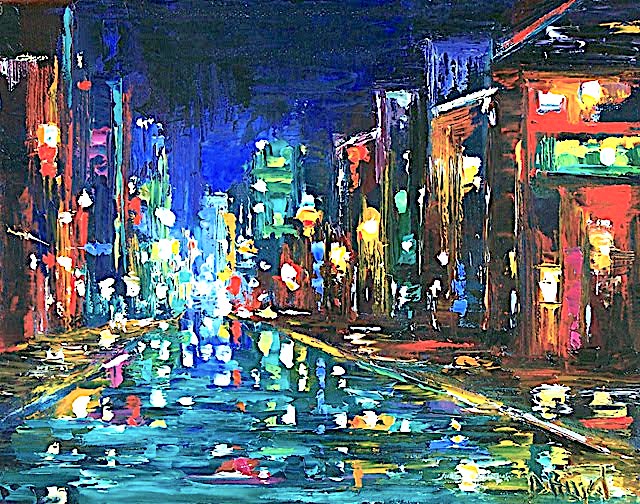 “So what do you think about the nature of modern man or woman?” Daniela asked.

“The politics of uncertainty. And every age thinks of itself as modern.” I noted.

“But, what does and will being a Man or a Woman mean aside from biological and psychological characteristics?”

“Isn’t it all about Beingness? Being yourself in this moment without someone typecasting you simply by the protruding glands on your chest or pliable muscle in your pants or some variation thereof?” I countered.

Daniela smiled.  “You know, the president of my former company’s board of directors had what is called a procedure. I actually like him better as a woman. And he’s prettier. He’s much more open now with his own feelings and sensitive to others around him.”

“Internalizing the spirit of yin and yang. It’s quite provocative considering his circumstances.” I observed.

“Aren’t we all a product of our circumstances?” She asked.

“To a consequential degree.” I said.

“I suppose part of life’s rich pageantry is that she mentioned she’s now connected with a former US Embassy official from Paris. The official divorced his wife for her and accepted a position in the New Orleans area at a sui generis high-tech firm.” Daniela said.

“The New Orleans connection? That’s curious but I suppose it’s symmetrical. May I ask how the transition has worked out? I means in terms of hardware and software?“

“Oh that. Unfortunately her hardware was connected first at the end of a day before the new software was installed the following morning. There were a few glitches but then things are working out fine now.” She observed.

“We became  friends after her procedure. We went to a local art museum last week. While looking at the art works she relayed some of the transition difficulty she experienced at first.”

“Well the man she connected with from Paris is an actual human being and not an Artificial Intelligent Being as she was initially led to believe and things were not detachable as she thought.”

“Well anyways the former diplomat is now in New Orleans. He’s straight and quite the gentleman and my AI friend told him she was straight as he would like her to be, but with an adaptor kit including the appropriate software and hardware should it come to that.”

“Personally, I want a real man, scruffy faced but shaved in the parts that matter and is appropriately assertive when desired, ” Daniela stated.

“Curious. Sounds like a fashion statement. Are you open to variations on your theme of real?”

“Well, perhaps I’ll know such a man when I meet him.”

“May I ask, does that kind of process apply to a real woman for the man that might be seeking such an individual?”

“Are you suggesting the traditional paradigms of what we view as man or woman are outdated?” Daniela asked.

“Weren’t you formerly…a man?” I asked.

“Do you know I am also an AI…?” Daniela replied.