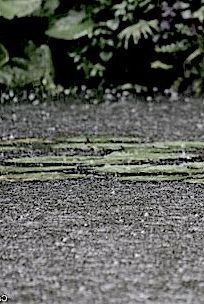 The rain arrived in torrents. Sybil and I both entered the grey marble building a few minutes apart.  She looked over at me as I approached the Meditation Room where she waited outside the door. We entered the room together, took off our raincoats and face masks and sat down on brown leather swivel armchairs about ten feet away from each other. The seats faced an outer wall with tall windows that overlooked a lush pond.

“It’s been a while my friend.” Sybil half-smiled.

She gazed into my eyes. “Assassinations. I’m tired. Each one is different in degree, purpose and the target. Still I’m weary. Technology, personnel, a multitude of details that require in-depth planning and even then….” Her voice trailed off.

“How many years have we really known each other?” And without waiting for answer I continued. “I guess having others perform the act on your behalf in the form of a drone attack, car bomb, poisoning, or a slow demise. There’s cyber and otherwise social media-based rumors, hyping of conspiracy theories, character assassinations, disinformation, rigged election claims, the possibilities appear only limited by one’s imagination. Distort and confuse.”

Sybil grimaced and nodded. “I know. It’s a long list and varies with the type of assassination and professional quality desired. The physical killing of another human being for some of us signifies the paradox of passion and emotional numbness. Even then…there’s a downstream impact regardless of the de-sensitizing programming, unless one is empty inside. Soul-less. I don’t know.”

“I appreciate.” At that point we both looked out over the pond at the downpour.

Sybil took a deep breath. “Remote is perhaps psychologically easier, especially if one can, through various means, convince the person to kill them self then the matter is resolved.”

“I suppose so. The use of a third party allows distancing. On the other hand, the intimacy of pulling the trigger or injecting a needle in the neck and so forth, requires the suspension of an individual’s ethic or moral ground for a rationale associated with the common good. Sometimes it includes the God is on our side rationale.”

“One never completely eliminates the effects of killing of another. It’s a mentally sick person who enjoys it and finds it restful. Though power over another’s life once seeded and rooted is difficult to extricate or uproot.” Sybil stated.

“Is killing a form of self-empowerment?” I asked.

“It’s factored into an assassination, politically one asks – what’s it going to cost, who is going to pay for it and what’s in for me, socially, financially and psychologically?  Strictly from the person assassinating another human it’s a matter of where and how much. Timing and method are variables.”

“Still, there’s always the danger that something out of the ordinary may happen. It can get complicated. Unknown factors.”  I said.

“Of course. One develops plans for those contingencies.” Sybil noted.

“Chance and luck?” I asked.

“We try to minimize luck and chance.” Sybil said picking up her handbag from the floor next to her chair and retrieving a pistol with a suppressor at the end of the barrel.

When she looked up Sybil noticed I was also holding a similar gun with a suppressor that I produced from my raincoat. We looked at each other when we both simultaneously sighed, “Oh hell.”