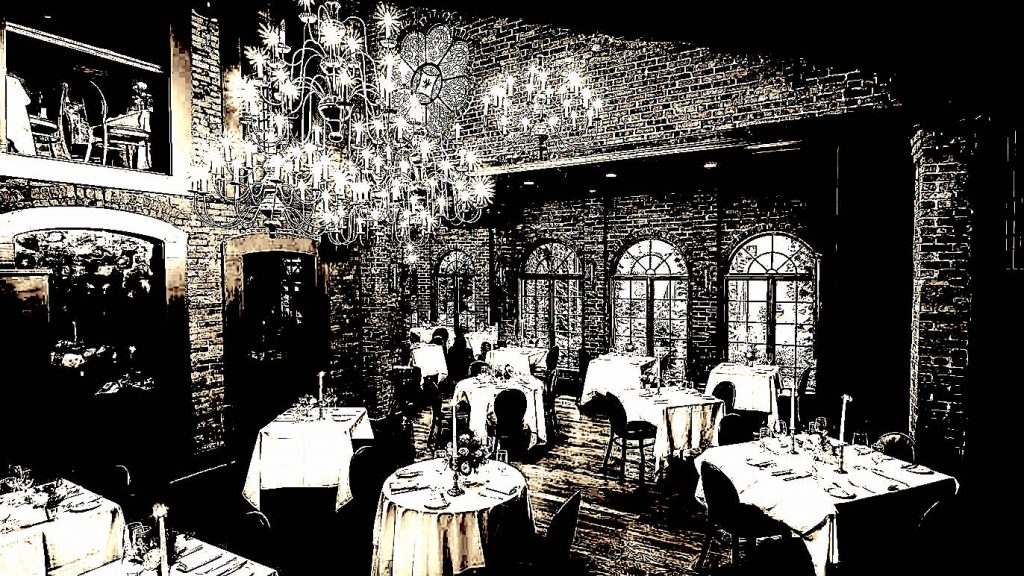 We met at a middle-class restaurant just west of downtown. It was reborn from a theater built in the early 1920s. The place was said to be haunted by an actor/musician who literally died on stage during an evening performance in 1937.  He was playing, The Very Thought of You by Ray Noble on the alto-saxophone. The moment he finished the song he collapsed on stage. His lover was sitting in the audience. She died the next day of an unknown cause.

Periodically, customers in the restaurant would hear the soft rhythm of the alto-saxophone during the late evening. The restaurant became still. The candles on the linen covered tables would flicker as the sound would emanate in a melodious wave across the room, followed by a moment of pervasive quiet. Conversations would then slowly resume.

The restaurant was in neighborhood that itself was in transition, having experienced the highs and lows of existence. Reincarnation would be the best way to describe the architectural ambience. It was evolving into buildings renovated into shades of open collar, urban industrial condominium lofts, restaurants, specialty shops and an assortment of other professional looking businesses.

The investment for the area was money from a bank with international ties. Money is money to the banker whether from debt, armaments, hard drugs, questionable real estate dealings and other means of profit. Some of the money is channeled into socially significant projects while an excessive amount finds its way into the deepest pockets and shallowest of souls.

We ordered some wine and hadn’t decided on what to have for dinner.  The architect looked over at me after her lips and tongue touched the wine. “I just opened my new office a block away,” she smiled.

“I heard about it. I’m close by. I appreciate you taking the time.”

“Wouldn’t have it any other way. I eschew money. I’m always in debt. People who control the flow of money love debt. I know debt means control in the larger sense. Personally, I figured my student loans will be paid off when I die.”

“You must loathe the lobbyists wanting to create more debtor’s prisons. Liberty and movement aren’t granted to those lacking the financial resources.” She noted.

“Yeah, okay, I’m a radical psychiatrist who believes we all are imprisoned if one human is unjustly put behind bars or ousted from their home or tenant from their building.”

“Hm. A street psychiatrist. Love it. Do you also play an instrument?”

“I’m gathering you’re a romantic,” she said, gazing at me then took another sip of wine and added, “I sometimes wonder if I’m really experiencing a parallel reality that I hadn’t planned on.”

I attempted to grin, mistaken in my thinking I knew what was coming. “I suppose if people better understood the reality greeting them each day was not the total picture, and depending on their courage, they might think twice about their approach to everyday matters and how they view the future.”

“Or the past or this very moment?”

“As an architect do you think a person’s heart, mind and nature are shaped and revealed by the design of the buildings they visit or live and work in?”

I squinted as if to focus in on her eyes and facial expression. What was it?

She took a deep breath, leaned across the table and whispered as the sound of an alto-saxophone could be heard in the background, “I died the following day. I couldn’t bear the thought of going on without you.”