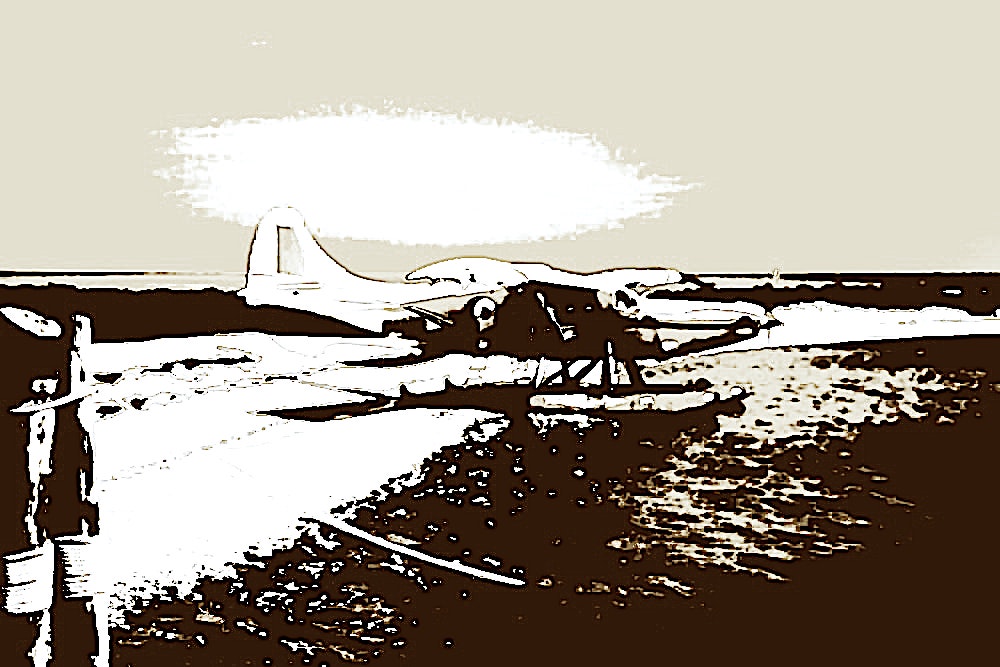 Upon leaving Port-au-Prince, with the Eros of a memory behind us the seaplane seemed to glide above the deep-water waves that appeared to quiet and lengthen as we landed outside a busy harbor near the Caribbean’s western shores in Central America.

The place was known for its stretch of sandy beach with a few scattered palm trees leaning into the wind, hospitable lodgings, restaurants with flavored drinks and people speaking varied dialects and languages that allowed us a fictional privacy.

Upon arrival we found ourselves laying in the room with a salty breeze blowing through the open patio door and across our bodies as the warm evening arrived. The clock on the night stand was of little meaning, unplugged it possessed sustenance. Lust can devour an hour and longing can consume imagined days.

Then one morning three days later, though she spoke several languages herself, my partner and I while sitting at a table on a covered patio of a restaurant, whispered, “I’m at a loss for words.” She then smiled as her sandal dropped to the floor and her naked foot touched me.

“There are moments like now,” I began to say, when a man at the next table could be overheard arguing aloud about the state of affairs of his government and the absence of ethics and politeness while others nearby looked over with contorted faces while shrugging their shoulders as if to say, what’s new?

“May I take your order?” A waitress asked.

We both thought of ordering a Bloody Mary as it was an hour before high noon then decided on some flavored coffee, fruit and a pastry.

“And you were saying?” My partner asked.

“I’m both delighted and surprised we made it this far.”

“We have more than enough.” She smiled.

“And the next phase?”

“The stage has been set.” she said.

“As planned during our voyage?”

As we sipped our coffee and dined on the light meal we both looked out at the sea and my partner reached out with her hand to touch and hold on to the edge of my fingers. Her lips parted, “We both know, don’t we?’

“Are you sure you want or desire this?” I asked, looking into her eyes.

She nodded. “To exist is so incredibly brief once you taste the sweetness of joy. Our being together feels like an allegory of something more profound that vanished before we could fully savor it.”

“We live without certainty,”  I observed.

“What does your heart say?”