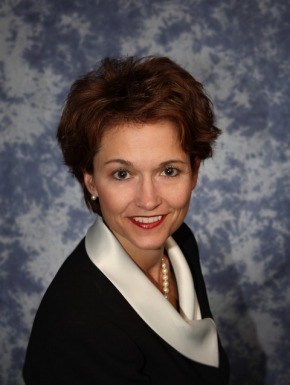 Prior to joining the Marshall University family, Anderson was the Senior Vice President for the Clements Group for 11 years, a nationally based consulting firm specializing in community college institutional advancement.  During her tenure, Anderson helped more than 50 community and technical colleges in 16 states raise nearly $100 million through the conduct of major gifts campaigns. Anderson also served as a writer and professional development speaker. Anderson earned her BA from College of the Ozarks in Point Lookout, Missouri and her MA from Marshall University, WV.

NP: Has there been a paradigm shift in public institution fundraising over the past decade?

Anderson: When I entered into the fundraising profession over twenty years ago, it was commonly stated that 90% of an organization’s campaign goal would be raised from only 10% of its donors. As the years passed, those percentages shifted respectively to 95% and 5%. Today, those ratios continue to shift in the same direction, with far more dollars raised from fewer donors. This creates a challenge for non-profits because one of our primary goals in fundraising is to continually broaden our base of support.

According to Giving USA: The Annual Report on Philanthropy for the Year 2013, giving grew for the fourth consecutive year climbing to $335.17 billion as reported in June 2014. One of the things Giving USA found is that our country’s spike in giving is due to several very large gifts from very wealthy donors equaling $80 million or more.

The mega donor is creating a paradigm shift that affects philanthropy on different levels. I define the mega donor as an individual that gives at the 7, 8 or even 9 figure gift level depending on the region where they live. The mega donor giving is different from other donors whose confidence in the economy has not yet been restored. Stacy Palmer, editor of The Chronicle of Philanthropy says that these donors still retain an uneasiness about the recession. Instead of investing in non-profits, they feel a need to save money for their families’ futures.

The mega donors give far more than the vast majority of donors in a campaign. One result is that fundraisers increasingly rely on this type of individual to achieve financial success. This is the biggest paradigm shift we are experiencing in philanthropy. The mega donor’s presence reinforces the fundamental importance of relationship development and stewardship. The mega donors expect their gifts to afford greater innovation. It’s an investment partnership.

NP: Given that influence what are downstream effects in the future of fundraising strategies?

Anderson: Clearly, philanthropy is about creating change. The donor or investor has to be convinced that the money given will be transformative. There are some fundamental principles in fundraising that shape the success of any program. These principles become even more important as the fundraising world undergoes a significant shift. The principles include: 1) an essential need, 2) compelling case for support, 3) significant and qualified prospects, 4) thought leadership, 5) a plan of campaign, and 6) a campaign manager.

An essential aspect of these changes is linked directly to an organization’s mission and vision – the two components that shape the direction of the organization. Once the campaign need is identified and quantified, a compelling case for support is written and articulated. The case is about service and change that transforms and brings specific benefits – something that investors will be willing to support.

Outside of the college’s CEO and fundraising executive, the campaign must enlist influential and affluent leadership willing to support the campaign financially and as volunteers. Fundraising strategies are dependent on quality relationships. Securing the most influential/affluent leaders will determine a campaign’s level of success. Furthermore, a campaign needs a clearly defined plan of action that articulates roles, responsibilities and timelines. And finally, a campaign manager with appropriate administrative support is essential to ensure things progress in a timely fashion.

New technologies and software analytics provide organizations far more information about each donor resulting in more cost effective approaches to campaigns. For example, annual giving directors can receive data that will tell them which donor will be more inclined to give to a mail piece and a target range at which they might give. This type of information enables the annual giving director to be highly selective in who they will send direct mail pieces to, cutting down on cost while increasing the chance of acquiring more donors and dollars.

Online giving and fundraising through social media are in their infancy, but it’s growing quickly. Also, online giving strategies are an excellent way to acquire new young donors because they are so accustomed to using the Internet and social media. Still, the most cost effective and consistent way that significant private dollars will be raised remains face-to-face solicitation. It still holds true that people will continue to give to people who support a particular cause. Relationships matter.

NP: How would you describe the fundraising climate?

Anderson: Exhilarating, complex, intense and fun. Non-profits at a minimum need to expertly articulate their case. Donors are more sophisticated, inquisitive and involved than we have experienced. Each organization must show how they are unique and how their vision will be transformative in nature.

Increasingly, presidents of state-funded universities quickly point out that diminishing state resources force public institutions to think of how to begin privatizing higher education. As a result, higher education is looking more like a business enterprise. In fact, it is becoming more common for university presidents to come from business and industry, instead of academia. This, in large part, has to do with the changing landscape brought about by diminishing state dollars.

It is commonplace for universities to conduct strategic analyses of program offerings, current faculty and staff positions while comparing them with local, regional, state, national and global economic expectations in order to determine what things should be eliminated, repurposed and/or created anew to remain viable. This reality creates a greater need for university boards of governors to work more closely with university foundation boards than they may have in the past. The competition continues to heat up.

NP: What other things do you anticipate that might affect a shift in fundraising?

Anderson: There is a question of value as education in general is criticized for not preparing graduates to be workforce ready. Is there a correlation between unemployed graduates and the amount of financial support a university receives? Public institutions must be better listeners as they chart their futures, working with the external leaders in helping plan for the future. There is a rise in the use of fundraising consultants.

Public institutions such as large universities, having many different function areas, tend to work independently at a time when program areas really need to work interdependently. Multiple campaigns may be running concurrently without an overriding plan holding them together that may lead to “donor fatigue.”

Successful fundraising efforts need to be nimble, responsive, communicate effectively, and demonstrate that the institution they represent is relevant.