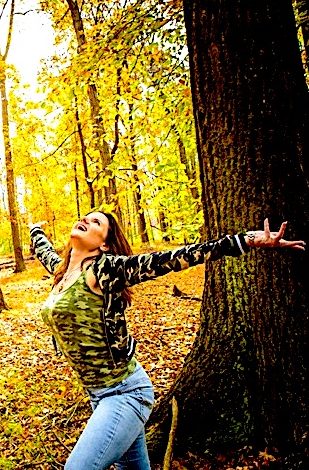 In this day, age, and society people are experiencing many different types of dragons such as politicians, law enforcement officials, religious leaders, bosses/supervisors, co-workers, family members, roommates, former significant others, and even friends; not to mention the criminal minds.

During the past few months, I have encountered many types of these dragons either on the news, social media, and in my own home. The pandemic we are enduring heightens our feeling of being overwhelmed.  Sensitivities rise and expose a disturbing looking underbelly. We’re beyond the point where balanced attitudes effectuate controlled behavior. Divide and conquer is stoked within an escalating polarization. For some people it’s a matter of just saying something along the lines of, “fuck this I surrender”.

While we are still in a great time of uncertainty, it’s too hard to give up and at the same time it’s very easy to give up. For example, the last time I had the privilege to be published I felt a great sense of accomplishment. Although, I knew that others would be very receptive to what was written or completely disgusted. I am still called a “loser” along with hearing from those who are supposed to “love me unconditionally” that I am nothing but a troublemaker. Lots of days, I would wake up and think “why am I still alive” and “why couldn’t have I traded places with a victim of the serial offender, COVID-19”.

Those “dragons” were the ones bringing me down and essentially, they were winning. Some were able to be happy for me, but while they didn’t agree with everything I wrote and why I feel this/that, we’ve been able to still agree to disagree. The dragons that were and at times still winning are really just incredibly insecure with themselves and their lives. And let’s state the obvious, they are threatened because I choose not to back down.

Seeing how others’ relationships in any area has been affected and pretty much destroyed due to their differences in opinions is unacceptable and disgusting. If you let someone else determine the future of your friendships and relationships then you let the dragons win (I.e., she/he states that Trump is the best President this country has ever had and you disagree with this loved one of yours, you proceed to have a fight, and then goodbye  to your “once beautiful relationship”). You’re not always going to agree with everything that someone else believes and/or chooses to do, but if we were all the same life would be boring.

A little personal note regarding myself and my loved ones, we’ve had a dragon residing in my house (my childhood home and a house that’s been in my family since it was built in the late 1800s). He’s created so much friction between my parents (his landlords) and myself. Constantly complaining along with exaggerating and fabricating regarding me. Nothing ever regarding my brother because he’s a male and my brother really doesn’t give a shit. I have major respect for my parents especially my Dad since I am truly my father’s daughter. This dragon is obviously anti-women and gets off to causing drama and making myself feel somewhat suicidal and even unsafe in my own house. Currently, this 54-year old boy who is a father will be out of my house within two weeks. The dragon disrespected my family and property in many different ways and it’s a huge relief that the dragon may have won some battles, but not the war. As the ancient Hebrew saying suggests, and sang by Led Zeppelin, “all will be revealed”.

Unfortunately, I truly believe we as society have regressed so much, too much, and too fast that we have trouble keeping afloat. But hey what the hell do I know as I am just that young dumb bitch who doesn’t know anything about life for various reasons. Maybe I am the dragon to some due to my no nonsense non sugar-coating ways and will call out when some dragon is being a cunt. And oh my gosh, you’re probably thinking did I just see the “c word”?!  Yes, you most certainly did and if you are offended then it’s YOUR issue, NOT mine. As the late Bruce Correll (detective from Santa Barbara, California) said, “some people can be so cunning and manipulative they will do anything to escape but never let the dragon win”. People in society will do anything to escape being honest with themselves and others along with taking accountability and responsibility. Unstable and poor leadership has the severe potential for so many different types of dragons to come out of the woodwork and ruin your relationships and/or friendships along with your own life.

So, the next time you are really marinating on cutting someone out of your life because of the actions of someone else, remember that you are letting the dragon win.