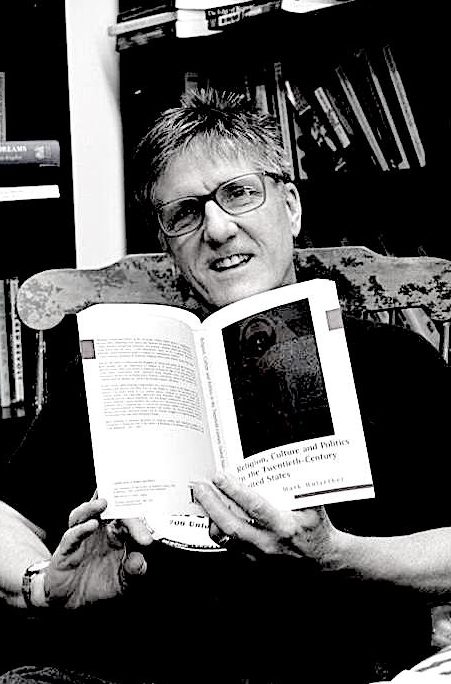 Recently I asked my dentist—with whom I have made small talk about teeth and sports teams for years—how long he thought it would take his office to get back to normal in light of the COVID vaccines that are rolling out.

He responded with a bitter tirade about how things might be OK fairly soon…. IF the incompetent pathetic Joe Biden, who can barely speak in complete sentences or even walk without stumbling, does not screw it up… although maybe a Republican Senate can stop him from doing too much damage.

It is hard for me to gauge the value of debating with people who make such comments. It is even harder if there is also a prospect of follow-up conversations that include sharp implements inside my mouth.

But later his office emailed me for feedback on my visit. Was it worth the trouble to push back? Even to switch dentists? The latter is the sort of thing I would do if this were simply about where to buy toothpaste or rent a hotel room. (I have default boilerplate for letters to businesses that screen FOX News; I inform them that I do not come back to such places, given how FOX propaganda debases our culture and creates an atmosphere that is not any less off-putting to me than noxious fumes.) However, I have a long-running relationship with this dentist that would be hard to switch, and most other dentists near me would probably not be any less Trumpy.

Between the appointment and the feedback request, my intolerably ignorant, smug, and Trump-sycophantic senator Ron Johnson—a disgrace to our still-partly-commendable state—made news by inviting apparent quacks (I can’t claim 100% expertise, but they debated whether COVID is significantly worse than the flu, hyped unproven and likely dangerous cures, and in one case claimed that masks and social distancing do not work) to testify in the Senate against mainstream efforts to fight COVID.

This stunt was more pathetic than noteworthy—just another daily installment of our news cycle. Who knows, maybe its key goal was to rile up people like me, then mock us for caring. Still, it was reprehensible, and also part of a larger pattern of denying the science around grave climate issues. (Eavesdropping on FOX recently, I learned that since the Center for Disease Control had revised its guidance around COVID, this just went to show that climate change is a hoax.) And, of course, it is of a piece with Republican efforts to undermine access to decent health care—especially for anyone who is not rich, over 65, and/or fortunate enough to fall among the shrinking set of people who have secure employment with benefits, although I would also stress how our health system is broken more generally.

Anyway, the risibly despicable Ron Johnson did rile me up enough to write feedback for my dentist.

Now, should I have wanted this to be anonymous, given those above-mentioned sharp implements in my mouth? Whether or not I should have wanted this, or would have worried about it if we lived in a world with fewer guns and “jokes” about harming liberals in the right-wing media, in fact I did want some anonymity given the world we live in. But I also wanted to be respectful and personal, and to make it clear that I was not a faceless person he didn’t know, unloading on him for no good reason. So I spent quite a while trying for such nuance.

Result? The feedback box in his online form was far too small to take my first effort. So I cut it back. Still far too small. Cut it a lot more. Still too small. Finally when my thoughts were far less clear or nuanced, they had shrunken enough, and were still slightly better than nothing. (One might even say they were exemplary compared to what passes for feedback in universities, which is 95% numerical 95% of the time.) But then the site wouldn’t take my comment anonymously anyway.

Here is what I first tried to say to my dentist, uncut:

Dear [first name], I have come to your office for years and have been happy. Before my current visit I would have given you 10 points of satisfaction out of 10.  Even now I hesitate to write because I like to be civil and take a live and let live approach.

But during my visit I heard you berating Joe Biden–and I suspect by extension berating Democrats in general, and by implication defending Trump. I hope these “by extension” impressions are wrong, and I want to stress that I don’t love Biden, but thought he was among the weakest of all the Democratic candidates. But if there is some idea that he would be more incompetent or corrupt compared to Trump, I think that is clearly unwarranted and indeed almost out of touch with reality.

So it is hard for me to let this pass. Trump, and by extension most Republican leaders, now stand for disregarding or corruptly undermining both basic science as well as the distinction between truth and falsehood, basic decency and pure political corruption. They also stand for trying to take away millions of people’s health care without proposing anything serious as an alternative.  I get it that Democrats are not great on this latter front, either—mainly because Obama attempted a compromise based on the Republican “Romneycare” model, rather than on proven systems around the world that are very much better. However, this is not an “equivalence” moment, a time to say “a pox on both sides.” On these issues Republicans, on balance, are greater evils by orders of magnitude.

Thus, it is demoralizing to think that I support a business that supports Trumpism. Still, since I cultivate a live and let live attitude and no doubt have my own blind spots, by itself this would not have led me to write. The bigger problem is that, in light of the wider Republican record, your comment begins to put a question mark over baseline professional ethics and scientific judgment. Sorry if that is harsh, but climate change and health care are immensely consequential and Republicans are doing immense damage. And I hope that my suspicions that are creeping in are unwarranted, since I grant that these are only question marks and not conclusive. In any case, I do urge you to reconsider what you said and some of the implications that seemed to come along with it.  Thank you for listening.

To MBE readers, I want to say something different. I want to lament that this is how we live now.

If people we entrust with our health disrespect both the evidence of science and the integrity of the health care system, if they believe toxic propaganda that poisons them against even the mildest Democrats like Biden who are center-right by global standards, and if some combination of fear-based inhibition and structural impediments make it hard even to have a conversation about it, what can we do about this?