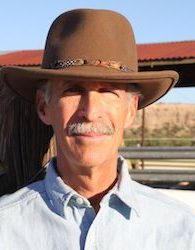 Dr. Miller is a graduate of Northwestern University in Biology, Northwestern Medical School, and is a member of the medical honor society, Alpha Omega Alpha.  He currently serves as a scientific consultant to the microbiome industry. He is the author or co-author of three books  and over a dozen peer reviewed articles on evolutionary biology and the science of the microbiome. Besides his medical work, Dr. Miller  has been painting in oils since his teens. He now paints figurative works and portraits in his studio n Phoenix. Arizona and his figurative work is featured at Hilliard Gallery in Kansas City.

The topic of gender fluidity and identity is fraught with social, political, cultural and scientific challenges. In our modern era, the great majority grant that same-sex attraction is a natural human phenomenon. As humans, we are not exceptional in this regard. Same-sex attraction is known to have its counterparts across the animal kingdom. An immense amount of analysis has been directed to uncovering the origin of same-sex attraction, gender fluidity and sexual fetishes. Despite those efforts, that origin remains unknown, particularly bedeviling Darwinian evolutionists. In standard Darwinism, if a trait negatively impacts reproductive frequency, it will be genetically disfavored and eventually expunged. It is not in the least insensitive to note that it would be challenging to define any other reproductive trait that should be more exposed to Darwinian selection than same-sex attraction. Yet,  there is no reason to believe that the rate of same-sex attraction has ever changed over recorded human history.

Many attempts have been made to try to square same-sex attraction with natural selection theory.  How might same-sex attraction circumvent this presumed natural law?  Richard Dawkins, the famous Darwinian adherent, did his best to devise an answer based on his assumption that it is genetically determined. He postulated  three  scenarios to account for the persistence of same-sex attraction. The  first is termed the ‘gay-uncle’ theory. A gay male in hunter-gatherer societies would be entrusted to watch over the children of heterosexual men. That focused nurturing would have protected  gay genes in those children, permitting them to continue to be passed on. A second theory supposes that gay males would have been chosen to stay home and protect women when other men went to hunt or fight, thereby gaining surreptitious access to them, mating with them and passing on gay genes. His third possibility is that a  gay gene expresses itself differently under various environmental circumstances. For example, it might express more frequently in men in cities under the pressure of urban life than in rural communities. In that scenario, being gay becomes something of a choice based on circumstances. I am sure that any reader of this journal is perceptive, so all are encouraged to consider the potential validity of these propositions for themselves. For my part, I regard each to be completely absurd.

If same-sex attraction is assumed to be prevalent over time, how common is it? This is more difficult to answer than it might initially seem. There are large reported differences between the frequency of  acknowledged casual same-sex experiences at some time in life and committed same-sex attraction. Furthermore, nearly any statistical calibration has overtones of preexisting biases.  It is nearly impossible in our gender-identification culture to accurately quantify actual numbers of those in our community that do not self-identify with their assigned gender. In a 2018 report, NBC news indicated a ‘record number of 4.5% of American adults identify themselves as being in conflict with their nominal gender.  Based on a careful review encompassing same-sex attraction, bisexuality and gender dysphoria, an accurate general range of between 2-5% of the total population seems most probable. Anyone can find estimates that are much higher and countervailing ones that are far lower, but this seems to be as accurate a range as can be determined.

Taking this information as our baseline assumption, some fundamental biological principles can be applied that can permit an unraveling of the mystery of same-sex attraction and why it has persisted over the course of evolution. To do so,  it is necessary to be familiar with just a little bit of basic cellular biology, since the origin of same-sex attraction is cellular-based.  In order to survive, all cells must receive and interpret information.  However,  any information that any cell receives  is imprecise.  Information must travel from the outside of a cell to its inside by crossing a cell membrane. During that passage, it is subject to many sources of degradation. Information has to travel a distance and its quality can deteriorate as it travels. Information might  be a communication from another cell, having been first interpreted by that cell, thereby becoming a cell to cell version of the old game of ‘telephone’. Therefore, any information that a cell receives is subject to distortion and is fundamentally equivocal.  For cells to  assess and interpret information, they must measure it.

In consequence, each cell measures uncertain information,  interprets it as best it can, and then deploys a suite of molecules to cope. It defaults that every cell will view the same equivocal information slightly differently.  Naturally, when a population of cells all receive the same information at or nearly at the same time, each of their interpretations will differ: not much, just a little. Enough to get along as a group, but still, with some measurable differences. In multicellular organisms, such as ourselves, all of those cellular responses aggregate to become our physiological responses, be it blood pressure, or glucose metabolism or even,  gender identity. This is the basis of our individual physiological responses to stresses that also form the basis of our subjective judgments.

In biological terms, the crux of the issue is that individual self-reliant cells will measure information with slight variations. These differences travel from cellular level to cellular level to become our own aggregated brain-centered organism-wide interpretations. Your patterns of behavior and emotion, just like your physiology, are products of this entire connected and obliged pathway.  From within that base, cultural and societal influences, which are themselves steeped in their own ambiguities, become a further factor.

From this specific reality, we can garner some very pertinent and unexpected insight into the origins of  same-sex attraction and why it persists even though classic selection theory insists it shouldn’t. To better understand those connections, we can  look to modern technology. We can tap YouTube. Go to any  series of videos of any type and check out the number of total views on the left- hand side of the video frame. Then, match this to the recorded  ‘likes’ and ‘dislikes’ on the right-hand side. If you examine a large sample, and do a set of averages, the answer of same-sex attraction clarifies. The ratio of ‘dislikes’ to ‘likes’ heavily clusters between 2-5%. It’s true for all artistic genres and musical styles. The message here is direct. In any population of individuals, there is always a small group of individuals that will disdain something, no matter how satisfactorily the vast majority of others experience it.

As just one example among endless thousands, Jacqueline Du Pré is considered one of the great cellists of the 20th century. In her celebrated recording of the Dvořák Cello Concerto,  as of March, 2020, there are over two million views, with 19,000 likes and 507 dislikes . https://www.YouTube.com/watch?v=U_yxtaeFuEQ&t=338s. That ratio of dislikes to likes is 2.3%.  It is natural for people to disagree. Yet, this is considered a performance of particular nuance and highly artful. Still, there are those whose perceptions are wholly derogatory. This is no exception. The same pattern is ubiquitously repeated. Don’t like classical music and think it would be substantially different for pop?  I’ll offer the case of Taylor Swift. This is a huge experiment in the differential perceptions of like-kind information.  As of the end of March, 2020, her video ‘Style’ from 2015 had 618,910,337 worldwide views, with 2,700,000 likes and 144,000 dislikes. The ratio of dislikes to likes….. 5 %. Ok, that’s music. It might be different for another art form. Let’s take the example of Casablanca with Humphrey Bogart and Ingrid Bergman. This movie is at the top of most movie lists as one of the greatest movies of all-time. Even though it was made nearly 80 years ago, a recent poll listed it as number 6 of all time greats (https://www.hollywoodreporter.com/lists/100-best-films-ever-hollywood-favorites-818512/item/godfather-hollywoods-100-favorite-films-810496). What is its set of similar ratios? A clip of the culminating scene was posted in 2011. At the end of March, 2020, it had 2,224,000 views, with 10,000 likes and 366 dislikes. The percentage ratio? …… 3.6%. Exactly in the broad 2% to 5% range. Still feeling resistant to the evidence?  Here’s a gargantuan experiment. Eminen posted a video on August 5, 2010. In that period as of the end of March 2020, it has garnered 1,962,238,469 views. Nearly 2 billion. Among those who are sufficiently motivated to have strong enough feelings to directly express themselves, there were 319,000 dislikes and 8,600,000 likes. What is that ratio?  3.7%.

How does the ratio of likes to dislikes on YouTube directly relate to our cells to become same-sex attraction? The consistent level of like vs. dislikes for subjective experiences that most find pleasurable always has a small consistent percentage of the population that sees it differently. Simply put, there is an inherent contrary sort and that differential is nearly always within the 1.5-6% range, clustering at roughly 3%. This is no idle observation. No matter how clear-cut one piece of information is to one observer, it is still inherently ambiguous and subject to an opposing interpretation by another. It is an inherent rule for our cells. It’s also true for opera or literature or any other experience that provokes an emotional and physiological response. So, it is no mere random occurrence that these differences in perceptions that are driven by physiology become a diametric opposite cluster at  the 3%+ range ( 2-6%), whether it is YouTube videos or the broad incidence of same-sex attraction and gender dysphoria. They all would be expected to match when the underlying mechanisms are correctly understood. It would only be surprising if they didn’t.  Same-sex attraction and gender fluidity is one way that we express the inherent ambiguity of biological information, which is rooted in our cells. Those cells, in aggregate, become our own living choices.

What should we glean from this new information?  Despite our hubris, we are, ever and always, cellular beings who remain deeply rooted within the boundaries of our cellular constituents, even though we don’t sense their actions. At every scope and scale, cells must cope with environmental cues that are uncertain and confusing. It should  not be surprising then that we, humans, as cellular beings in a unified aggregate,  with our own particular gifts and weakness, will  interpret environmental information that we receive in  highly individualized and sometimes conflicting ways.

How then should this relate as our societal reactions to same-sex attraction and gender fluidity?  With a clearly articulated biological basis now defined, it cannot be considered a simple matter of virtue or sin. It is an ‘is’ that ‘is’. It cannot be expunged and should be accepted as a fixed ‘norm’, based on the obligatory circumstances of our living condition ……. the ambiguity of information that is our perpetual context.