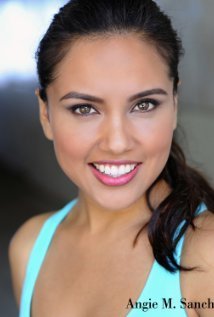 How do you ride the wave of Inspiration?

In Greek mythology, there were nine daughters or Muses who some scholars believed to be the primordial Goddesses of Uranus and Gaiea. Other scholars suggested they were the daughters of Zeus and Mnemosyne. Regardless, the daughters were considered the Goddesses of Inspiration. They affected a variety of areas in Science, Arts and Literature.

In our modern world, the energy from the word muses still carries on in words such as, “music” “the muse” “museum” “amused” and I am sure you could think of more. Just like The Muses, the spirit of inspiration lives within each of us if we but reserve moments to tap into the inspiration. Some like to say feeling inspired is living In Spirit or Flow.  Perhaps that is true but think about it. All the things we see and experience today were once just a thought until someone felt inspired to create it.

So, what ideas are you having recently? If you feel inspired then the energy to manifest it into this reality exists within and is waiting for you to hear its rhythm as if it was knocking at your door. It might be as facile as being aware of those around you for they may be feeling and sensing the same thing. Knowledge and inspiration depends on each of us.  It is both a concept and an act.So how does one ride the wave of inspiration?

It’s simple, by taking action! Whenever you get an idea, take action. That action might be writing it down first because the idea or thought will eventually leave you as new information bombards your mind every day through social media among many other influences.

So as you breathe in the ideas take time each day to jot them down. You might not be the person to give birth to a particular idea, but you hold a piece of the puzzle that may help someone else. Ideas build on each other and serve as inspiration as they affect the importance of our relationships.

My thoughts are not new ideas, they are the culmination of study, self-examination and experience. Each of us has an opportunity each day for a fresh beginning and the inspiration we gain can in turn serves as an illumination for others. Our own humble self-awareness assists in our inner peace and that in turn affects the entire world around us.