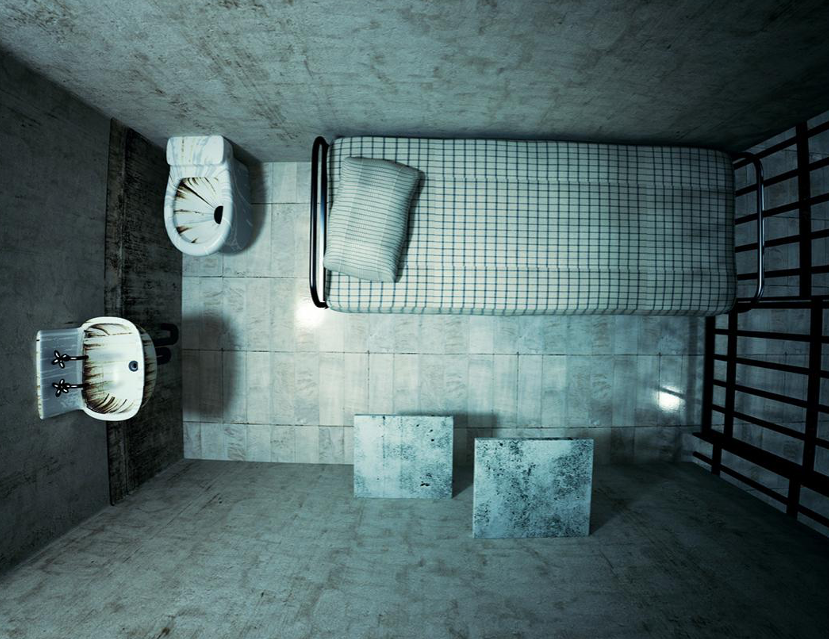 The times are crazy. Many people are stuck in their homes isolated from not just the public but from their families and friends. The new normal is not easy to take.  We don’t have a roadmap. Historically this is brand new to us and many are lost.

Depression may set in. Fear of the unknown future may keep us in a constant state of anxiety.  Not knowing what’s around the corner is simply scary and the current political crises and polarization makes it worse. We have social media but it really doesn’t cut it for having personal relationships.

Imagine being in this situation perpetually and knowing that it will never end.  That you will be in this state of lockdown for the rest of your life without the possibility of that ever changing.  This is actually the life that an increasing number of people live, not in luxurious houses with food that they enjoy, internet, social media but in a six-by-eight cell.

That is how a prisoner lives and those on Death Row are confined to this housing with little time out of their cell and practically no human contact.  This can be torture for many, it can be depressing, despairing, and most of all hopeless.  Knowing that this is your life, period.  This is where you will you live and this is where you will die and for some, they will die by execution possibly and for that depending on how you feel, it is actually justice.

There are many reasons for people being in such circumstances.  Mostly because of choices, bad choice.  Neuroscience and genetics suggest some people are predisposed to commit certain acts.  Other philosophical perspectives indicate choice is a matter of free will. One of the ways of America punishes criminals is to lock them away. Hopefully making them suffer by living away from society in bad circumstances they will change their mind by not wanting to come back.

Apparently, this does not always work. People still make bad choices over and over and return to prison. Something is inherently flawed in the American system and politicians should reassess why people keep coming back to such an awful place.  Some European systems have made great strides in how they treat their prisoners by not putting punishment first by trying to rehabilitate.

Assessing backgrounds of individuals and why they end up in trouble and in prison – it doesn’t always have to be related to psychopathy and it could be related to upbringing.  Many individuals grow up in dysfunctional households and really don’t have much of a chance in society since they are thrown into a family of criminal behavior and generational discord, but on the other hand some overcome and become great successes.

Others get involved in drugs, with their minds imbalanced they commit crimes while under the influence or while strung-out and in desperate need of trying to find more substances to satisfy their needs.  Everything they have been taught about morals and right and wrong are discarded in this intense and all-consuming need to get their next fix.

And then there are simply bad people that are sociopaths that cannot be rehabilitated and will never recover from their criminal behavior and some form of imprisonment is the appropriate place for them to be.  Lock-down is viewed as the only place for certain violent individuals as they cannot behave in a manner suitable for society.

The reality of why people end up in prison varies.  Every case is different and has to be looked at separately.  We know there is good and evil, but there are also mitigating circumstances and not everything is black and white.  People act and react for innumerable reasons.

I wanted to find out more.  I wanted to understand the situation and what is was like when it is all said and done.  When the crimes are committed and they are caught, sentenced, and imprisoned.  What happens now and how does a man feel and act.

For myself growing up I always had interest in stories about shipwrecks and prisons and being locked away from civilization and how individuals existed when their life seemed without purpose, what ultimately gave them reason to go on every day.

I can understand many people being repulsed at even wanting to contact criminals especially murderers, the ultimate betrayers of life.  It may seem dark, morose, and uncivilized, but for me I still see an individual that is a human that may be suffering the repercussions of their crime psychologically and spiritually that prison cannot touch on.

I started writing prisoners on Death Row without preconceived ideas or judgement about the individuals or their crimes.  I also felt safe in writing to these prisoners knowing that they would never get out, so having my address would in no way jeopardize my safety.   There is really nothing to lose and much to gain in understanding other people and their plight in life and how they deal with their circumstances.

I reached out to several inmates and developed a relationship with one in particular that for over several months strengthened.  He is housed in San Quentin on Death Row and has been there since 2008 and like many has had a rough life.  His life was surrounded by dysfunction and was involved with drugs and drinking from a young life as well as gang-life as a white-supremacist. This kind of vile thinking he no longer adheres to.

His crime was that of the murdering of another gang member who shared the secrets of his group and I have not really gotten into the case or the crime, but I know of this through news articles.  I don’t know where he is at, in-regards to his mentality, or his sympathy for the families since we have not breached much of this subject yet.

He gets to hang in cages with the likes of Scott Peterson, Charles Ng, the “Night Stalker: Richard Ramirez, and serial killer Rodney Alcala.  Although he has little contact with these people mostly by choice, he lives in one of America’s most infamous and deadly prisons submitting appeals to save his life every couple of years to stay alive.

This is his life. This will be his death.  He lives mostly in a tiny cell 23 hours a day with little contact to anyone.  He has learned to overcome much of this loneliness by writing. And has even been able to take correspondence courses which gives him some purpose.  He plans on getting a degree in sociology.

His family cut him off after he got in the gang life. He has no contact with anyone except for an aunt who has written to him.  No one else in his family has interest in knowing him anymore.

There may be those that prefer that the inmates who committed these violent crimes should not be allowed any external venue like television or books and should suffer by reliving their crimes without any form escape by sitting with their conscience.  I don’t know because I have not been in this position and I cannot know how I would feel if a family member was murdered.

I know he is a football fan and he likes romances something he will never experience again unless through correspondence.  Knowing that you will never be able to have the touch of a romantic partner or sweet words of love must also play a part in punishment. Visiting is behind glass barriers with phones (and now video conferencing) with no human contact.  Death row can potentially destroy whatever humanity remains in a prisoner.  Way stations to death take many forms in our lives.

I have directed my letters to him at giving him hope and what he can do to thrive.  One excellent track he is on is structure.  He keeps his day regimented. He says this keeps him stable.

We discuss his prison schooling which also gives him some sense of meaning because he is involved learning something new.  When one is stuck in solitude without being able to progress intellectually that can truly defeat a person.  People need to be intellectually stimulated to motivate them and give them a purpose.

By doing this he is trying to understand society and people and perhaps himself and maybe through this he can seek self-introspection and understand why his life turned out the way it did. I know he was a career criminal and that his life was full of problems and this was the end result, maybe by understanding society and other people he can gain insight into himself.

He has now been writing about his past and growing and understanding what led him to his demise.  Writing about your past as most of us know is therapeutic and can lead to understanding yourself.  I have encouraged him in this endeavor and his goal is write a book and with his degree and understanding people he wants to help other people who may be headed down the road he journeyed.

The reality of his situation is – how can he make his life better?  How can he make amends in a situation like his where he has little to no contact with outside world?  Practically speaking he sees no options.  Many people just sit and waste.  They cannot find any reason to live so they just exist in a depressed state until they end up in a prison cemetery.

He is 38. Though he’s on Death Row, California has legislated the Death Penalty moratorium.  Whether or not the family of his victims are not happy with this I do not know and whether or not he deserves this, I cannot judge.  I can only say he is going to be sitting on Death Row for a long time. 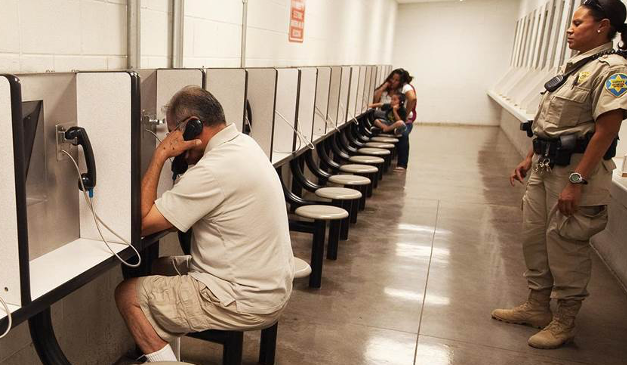 I am grateful that I have been able to make contact with him and encourage him to write and to do something different.  He has someone to talk to about his classes and share. A friendship and the act of sharing can keep us going.

I know personally how much writing helps a person heal and grow and hopefully somehow my encouraging him to write and I will be able to pass those traits on to him.  I will never be able to judge his motivation or conscience, no one can judge anyone’s, but I can encourage and assist someone who may be lost and hopeless.