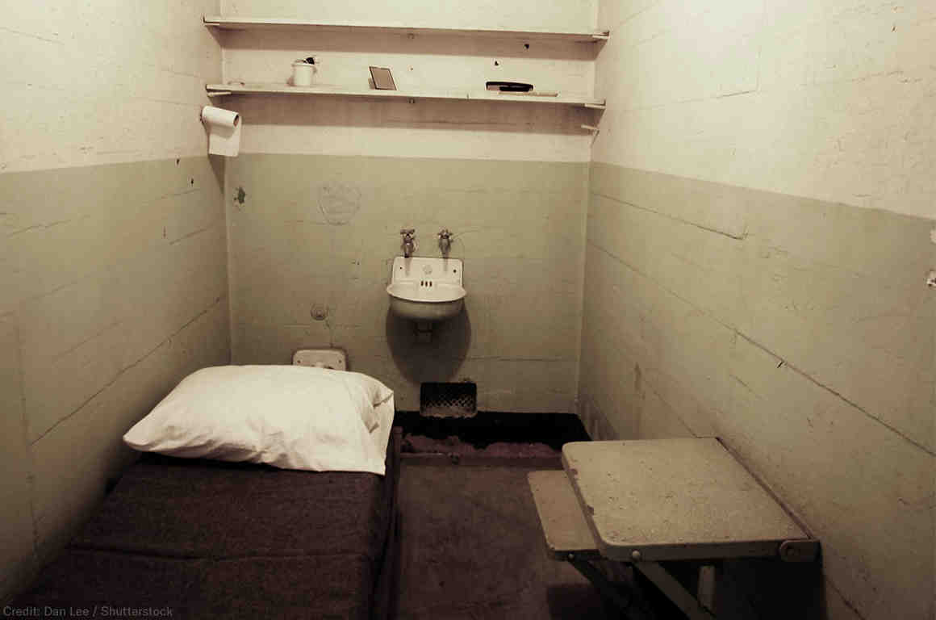 We all know prison reform in the United States is necessary, but there are some issues that can be solved for the sake of humanity in an easier way.  That is solitary confinement when it’s not necessary and it is not necessary in many cases.

Imagine being isolated all day.  No contact with anyone.  The desolation, the depression, the overwhelming sadness, and hopelessness.  Most humans need contact and they need to be around other people.

A prisoner spends up to 23 hours a day inside a solitary confinement unit, where they engage in all the activities of life: They eat, sleep and defecate all in the same 6 x 8 feet of their cell. Sometimes the cells lack natural light; they may not even have a window. Many solitary confinement units have solid doors, so prisoners are literally encased in concrete and steel.

They don’t have anything to do. They’re not given education or vocational training. They’re basically sitting idle in their cells. There’s a monotony: They’re surrounded by the same voices, the same smells, the same light, the same four walls. They’re also deprived of human touch; many of these places deny prisoner contact visits.

We need to have sound reasoning when assessing inmates and not just throw them in solitary confinement for minor infractions especially for extended periods of time.  Doing this often only creates more problems for prisoners.  When in isolation people lose coping skills and end up with mental problems.

Obviously there are cases when individuals need to be separated from other inmates in the prison for safety concerns.  There are people who are predators, people who are dangerous and should not be around other people and we must recognize this also.  Being too lenient and too liberal will be problematic as well, so we can also not go in that direction either.

To just put people into isolation without considering the seriousness of their crime is not reasonable.  The effects of solitary confinement are detrimental to individuals in many ways and we as a society don’t even consider this.  We just continue to lock people away in isolation and don’t even think twice about it because we are so detached from the prison situation.

We don’t exactly know all of the long-term effects that solitary confinement can cause, but psychiatrists have proven that it is not mentally healthy.  Just knowing this and knowing that this is used so liberally on inmates that should not be subjected to this is problematic and should be addressed and can be addressed easier than we think.

It would come down to reassessing the situation and each and every prisoner individually.  Instead of blanket punishments of solitary confinement we should rethink styles of punishment that can damage a prisoner long-term that may even cause re-offending due to the mental abuse.