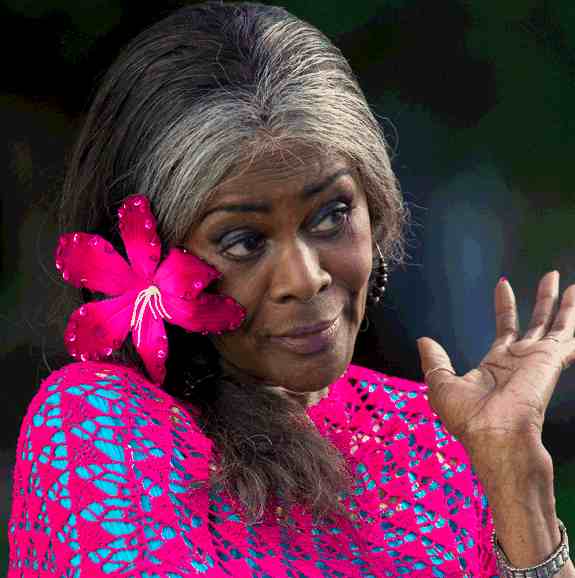 Diana Tenes, is a native of the San Francisco Bay Area. She is Hispanic of Iberian and Indigenous Mexican descent. She has worked as an Actress/Speaker, Make-up Artist, Costume Designer for Film/TV. www.imdb.com/name/nm0854952. She has written, produced, directed Children’s Theatre and a Bilingual play in Spanish/English. She authored a book on shopping sustainably “90% OFF Every Day!”, on Amazon/Kindle, was a featured author and presenter at The Librarians Conference in Contra Costa County. Diana has been in The Wall Street Journal “Fashions New Tour Guides Offer Insider’s Perspective” and SF Gate.com-” Walnut Creek: Art and the human Canvas” She created a “Get Your Happy” card game for all ages that connects you to happiness.

https://www.youtube.com/channel/UCOCrQhfJ3lYLteJbY7RE4_A?v.  She has poetry published at the International Museum of Art in San Francisco Virtual Poetry Night, and the 34th Annual Emeryville Art Exhibition online event https://www.emeryarts.org/poetry (Time 17:11) (with a chapbook being published) She’s been on OZcat radio reading Poetry, is in Verses,

Voices & Visions of Vallejo anthology, has over 400 poems published on Instagram under get_your_happy, has a video poem in the Solano County library, is on Youtube “White and a Woman of color” h

Aa teen and young woman of color I became acquainted with Cicely Tyson through her film “Sounder”. I had rarely seen actresses of color portrayed in such a heroic way. Her performance was searing, moving, captivating, Her beauty and power was a joy to discover. I held her close to my heart and in the highest esteem. She was locked in my memory. I resonated with her struggle, became a lifelong admirer and fan. Almost thirty years later I almost didn’t meet her. Rose Hill, a friend and well-known Makeup Artist called and said she recommended me as a costume designer on a film. I told her “I’m not interested. I’m not doing costumes anymore. I’m burnt out on the drama and lack of respect among other things” She said “But Diana, you are so good at this. I’ve given your name and number to the producer. He’ll be calling you soon, You might want to work on this one”. I shook my head and started planning my way out.

Stan called, “You came highly recommended, so I will just tell you about the project”. I held my breath, rolled my eyes, waited for him to finish so I could say no. Then he asked “Did I tell you who we have in the film? Louise Fletcher and Cicely Tyson!” I almost fell off the chair and thought “I would do this for free, just to be able to dress Miss Tyson!”. He gave me Ms. Tyson’s home phone number in New York, then said “She is waiting to hear from you”. I had to be quiet for a moment and compose myself. “I have worked with famous people before. I don’t have any reason to be nervous”. I called and introduced myself as the costume designer on her film. I said “Hello, I am looking for Cicely Tyson. She said “This is her” in a very polite tone. “And please call me Miss Tyson”. Unexpectedly, I told her much I admired her and was honored to work with her. I rambled on for a couple of minutes. She did not speak. I sounded like a gushing silly fan, that I was determined to do my best and carry on with the work of dressing this incredible woman.

I read the script, reread it, took notes on characters, scenes, number of changes, etc. I got sizes and measurements from the actresses; Cicely Tyson, Louise Fletcher, Lea deLaria, Julie Brown, Jo Anderson. Lea and Julie wore the same pieces throughout the film with minor changes. Jo was in a few scenes and didn’t need an extensive wardrobe. The budget included my salary. This was an incentive to keep costs low. Louise’s wardrobe was a simple, farm housewife style. That was easy to get from the thrift store. Miss Tyson and I were the same size (including shoe and brasserie) except she was one inch shorter. Her character was a bohemian dancer. All of the fun, funky, colorful, vintage pieces I had collected over years were perfect for her; that is if she approved. It was time to show Miss Tyson what I selected for her. I set up two long conference tables with her costume choices including shoes, jewelry and accessories. I laid out suggested outfits. She gracefully walked into the conference room, gingerly looked and picked up items and said nothing. She was focused and liked everything except for a pair of crocheted sandals. She dismissed them with her hand and a no.

Miss Tyson brought a personal assistant with her. I was instructed to wait outside of Miss Tyson’s trailer to get permission to speak to her. I did a lot of waiting the first few days. I was the wardrobe department and costume designer rolled into one. I had to ensure that her wardrobe and the rest of the cast were prepared and in order each day. All the other actresses dressed themselves. When I arrived to attend Miss Tyson, she would let me know if she wanted my help. Sometimes I would physically help her put clothes on – dress her. I laced up or unlaced her espadrilles, I put earrings in and out of her ears, helped her button, unbutton, zip and unzip, latch and unlatch, pin or unpin whatever she needed. I found out she had arthritis. She was eighty years old and still working. I was in awe of her. She was so talented, disciplined, beautiful, hardworking, dignified. She stayed in her trailer, never came out for air. She came out when she was needed on set and went straight back in. She never spoke to anyone unless it was business about the film.

I was in a hurry one day and needed to speak to her. I waited patiently with her assistant by my side. I asked, “How much longer will she be?” She leaned into me and whispered, “She is on the phone with Coretta Scott King”. I thought I might faint. I nodded okay. I knew she had famous friends. This was around the time, when Oprah Winfrey put on her “Legends Ball”. I heard Miss Tyson was the reason why. 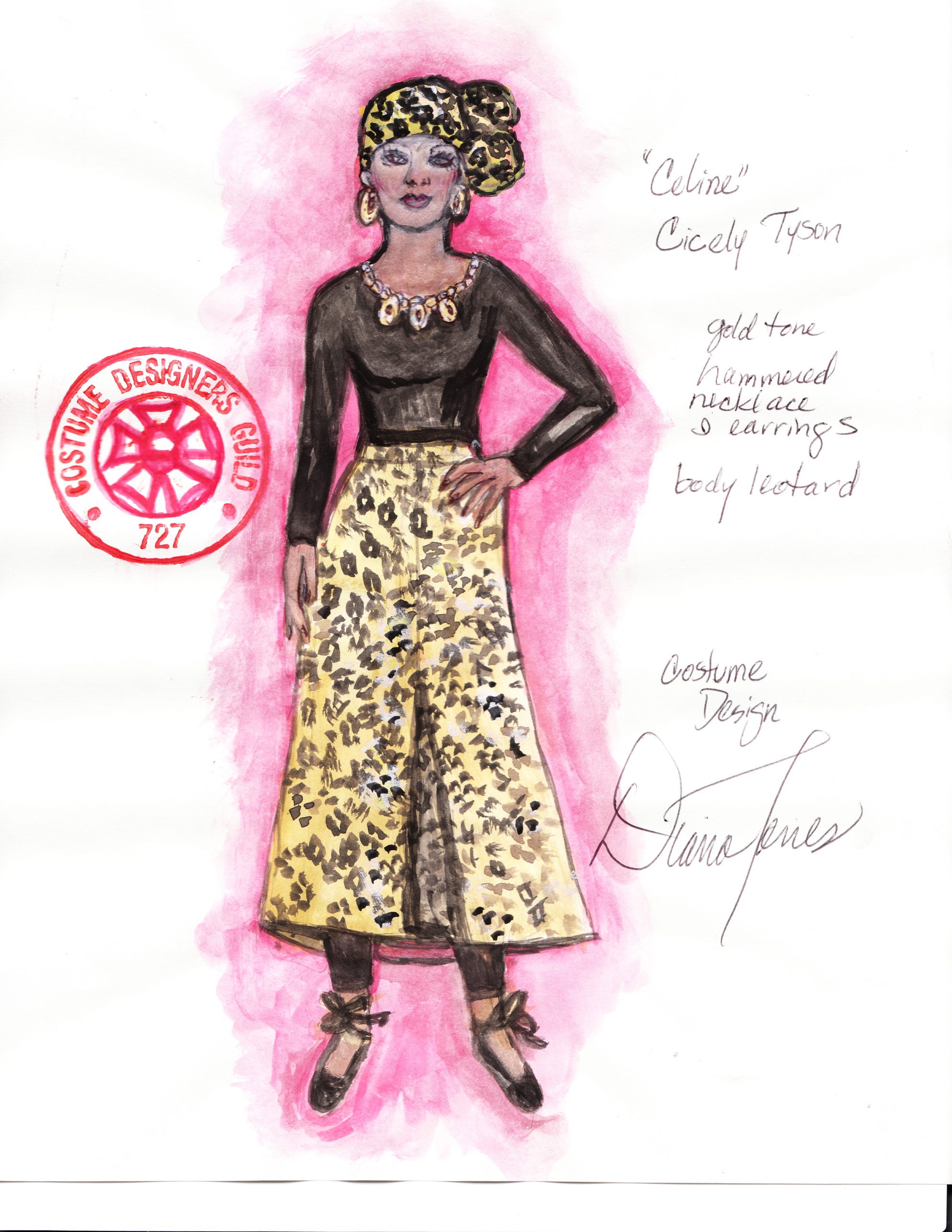 Miss Tyson asked me to come into her trailer one day. I was so used to waiting, when she asked me to come in and have a seat, I was surprised. I sat on the bench and watched her juice. Everyday…she had a box of fresh produce delivered. She squeezed, apricots, mangoes, oranges, carrots.

Everything was orange. She poured it into a tall clear glass. It looked gorgeous. She didn’t say anything while she was preparing her drink. Then she said something to me. I was startled and didn’t know what she said. Her juicing had me mesmerized. She asked” Would you like some? It’s very good for you. I put all kinds of wonderful things in here” I said “Yes, Please! Thank you!”  The moment she handed the glass to me, there was a knock on the door. I opened it.” We need Miss Tyson on the set now!”. Miss Tyson told me the day before “I want you to tell me when they really need me on the set. Not just when they want me to come sit around and wait,” She asked me quickly. ”Do they really need me now?” I opened the door and asked. “Do you really need Miss Tyson now? She doesn’t want to be sitting around” He said “Yes”. So, we headed straight out with drinks in hand. When we got to set – everyone stopped what they were doing and stared at the both of us. It was silent. They saw matching glasses with golden juice. It was as if the heavens opened up and shone a light on us.

Everyone knew how private she was. And here I had her juice in my hand to prove it! We were twinsies, friends, co- conspirators for a minute. I felt special. She had made me into her handler. I’m not sure if she told the producer. But he did come to me and say” I want you to make sure Miss Tyson is on the set when we need her” I realized she trusted me, and they trusted me for her! She was so private…her assistant took her meals to her. She never fraternized. The cast and crew including me ate outside on picnic benches daily. She never came by once.

It was the last day on set. Miss Tyson told me what items she would like to keep. “I have a museum at my school in Harlem. I keep one outfit from each film I’ve been in”. She wanted to keep the negligee. It was a pink silk charmeuse full length slip and chiffon robe with a draped dolman sleeve. It was special to me. I bought it at a boutique thrift shop because it was one of the most beautiful things I’d ever seen. It had been hanging in my closet for years unworn. It was meant to be worn by Cicely Tyson. When she saw the slip and robe for the first time, she pointed to it and said” That is what I want to wear for my final scene in the movie”.

Meanwhile the Producer pulls me aside and says, “You need to get the diamond watch from Miss Tyson, tonight, as it’s borrowed”. As much as I had established a bond with her, I dreaded doing this. Asking for something back that was borrowed was not something I wanted to do. I didn’t have any time to work myself up. I just had to do it. Miss Tyson was fully dressed in an elaborate costume. I was helping her get undressed and gathering costumes. I said to her “I need to get some of the jewelry you are wearing.” She looked at me, held out her hands and spread her fingers wide.

I reached out to hold her hands and began to remove rings off her fingers and bracelets from her wrists. I unfastened the diamond watch. She asked, “Is there anything I can keep?”. I said, “You are welcome to keep what I leave on you”. She said “Fine” and nodded her head. Most of the jewelry was from my personal collection. It was an honor, a compliment that she found these things suitable for herself. She was wearing five or six vintage bracelets, rings, earrings, necklaces, and four cocktail rings that I had purchased at Kmart and the diamond watch. I wondered If she knew these rings were from Kmart would she still want them? I decided if she liked them that was good enough for me. 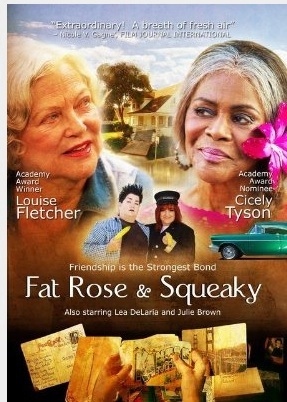 We said goodbye and that was the last time I spoke to her. Because of the film “Fat Rose and Squeaky” I was qualified to gain entrance into the prestigious Costume Designers Guild. I have autographs of the cast and some of Miss Tysons wardrobe from this film. It was mine in the first place!

*The Cicely Tyson School of Performing and Fine Arts (now the Cicely L. Tyson Community School of Fine and Performing Arts) was dedicated in 1995 in East Orange, New Jersey