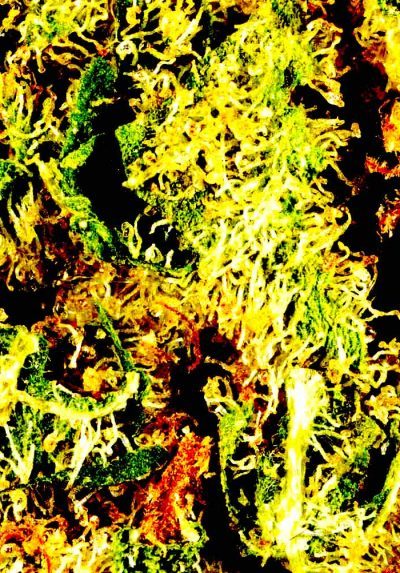 I love Terpenes, they are one of my favorite subjects to talk about. The terpenes found in Cannabis are especially fun to discuss. First, what are they? Terpenes are component of a plant and essential to their own built-in defense center. They are natural pesticides and miticides and act as a communication tool for plants. That is why feeding your soil and making sure that you provide all the proper nutrients is so important

In nature, terpenoids serve a variety of purposes, of which is defense and signals as the key agents in the metabolic processes.

Terpenoids have been used for fragrances, cosmetics and medicine for thousands of years and are still extracted from their natural sources today.

One of the best aspects of cannabis is the scents and flavors associated with the various varieties of the plant. These compounds known as most plants produce terpenes as a defense mechanism communicate chemically with other living things by what we now know as organic chemistry, because plants and animals produce such a diverse range of chemicals. There are over 120 different types of terpenes that can be expressed by the cannabis plant, although some are only found in trace amounts.

Terpenes make up between five and 10 percent of the total oils that are produced in the trichrome glands. Although they are constantly being produced, they’re easily vaporized by heat and daylight throughout the day, making the morning an ideal time to harvest.

When cannabis is grown in different soils or with different fertilizers, some strains can produce different variations because they are classified into primary and secondary metabolites. This is what adds the fragrances and physical effects and is also partially responsible for the kinds of effects that are induced by different strains of cannabis.

Here are some of the most common terpenes found in the Cannabis plant:

Limonene is much like its name, as it is a citrus terpene that smells like lemon and orange and is used for stress and moods disorders. Limonene also has cancer fighting properties.

A common cannabis flavor is the natural taste of pine needles, which comes from the pinene terpene. Investigations into the chemistry of pine components have made invaluable contributions to our understanding of carbocation chemistry. It has allowed us to discover that this terpene can also be used as an expectorant, topical antiseptic and bronchodilator.

Borneol smells like menthol and is known to be calming and to relieve stress. Borneol is mainly utilized in traditional Chinese medicine.

Myrcene is a kairomone produced by the ponderosa pine. This earthy and musky scented terpene can also be found in bay, ylang-ylang, wild thyme, parsley and hops. It is famous for its sedative effects, and for reducing pain inflammation. You will find may topical applications use myrcene.

Another sedative terpene, linalool produces a flowery fragrance. Aside from promoting relaxation Linalool is widely used in patients suffering from seizure activity.

Delta– 3-Carene has a very sweet and cedar aroma but is more importantly used to dry excess fluids like tears, running noses and excessive menstrual flow. That is what causes red eyes and cotton mouth when using Cannabis.

Found in the eucalyptus plant, and in many of the herbs that we cook with, eucalyptol is a balancing and stimulating terpene that gives off a spicy and minty aroma. Medicinally, it can be used to increase circulation and relieve pain as well. Eucalyptus can be rubbed on the soles of one’s feet to relieve symptoms of a cold or flu.

These are the most frequently used in essential oils and are often referred to as caryophyllene and humulene. Humulene is also very widespread in oils such as sage, ginseng and ylang-ylang. Beta-caryophyllene is a terpene found in cannabis. This terpene is among those that has been known to ease pain and can be used medicinally as an anti-inflammatory.

Humulus lupus, cannabis also produces high amounts of this sesquiterpene, as hops and cannabis have similar traits and fall into the same taxonomical category called Cannabaceae.

And last, but not least, terpineol is one of the major characteristics of the many essential oils found in plants. It has a sweet aroma and is used in different fragrances. The process by which nature produces the chemicals it needs is biosynthesis. The infinite variety of terpenoids produced in nature is such an elegant process and is amazing when we view the wonderful universe that we live in.