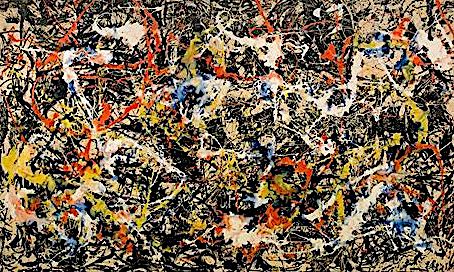 Police brutality is a progressive symptom of the deeper malaise in a society of which race, gender, authority and supremacy are parts of.  Fear is core to human brutality. It’s systemic.

I know things have happened around me that I’m not aware of. I try to stay in a safe place.

That is…until it happens close up. A cop beating changes you! I’m shaken. I’m more nervous and agitated than ever. What was the fear that drove the cop to beat an unarmed individual looking to graduate from high school?

Our laws suggest the police are here to uphold the peace. When I see a pool of blood on the pavement I ask – what is peace? I don’t know whether to laugh or cry from desperation and anger!

When you are bleeding and still can walk…who do you call? A taxi to take you to the hospital? During a pandemic? Who do you trust?

It is quite a rare occasion meeting someone who doesn’t believe in the necessity of the police. Especially empathetic and professional ones. Yet all too often It seems there are the fearful citizens that kneel to the feet of the “brave officers” and the “pseudo-brave” who serve this country…so much without heed to the modern police force that looks like the military. And domestic terrorism adds to the mixed feelings of who is a good cop or bad one? And which ones love to play games? The gotcha attitude of the police is frightening. But isn’t that what policing is all about? Inducement of fear? But why is that?

How do we define a person as hero or coward? Who makes that judgment call when these subjectively defined “heroes” become brutal enforcers and thugs, bought out by the state and bailed out by their “unions,” so perhaps we need to revisit our definitions?

Brutality changes a person.  Can I call things as I see them without being called a radical leftist? Or antifa? Or other term that connotes something derogatory? I suppose I could be insulted by the use of such words, but I refuse to lower myself or my conscience. I don’t consider being a radical leftist a bad thing. There are worst things in my mind, such as being a fascist with no sense of dignity or ethics.

I saw an individual snuffed out. The Unique silenced. Forever returned to the void. The worst of tragedies! I will not provide the usual examples, since you will tell me that they were resisting arrest or make up ridiculous excuses. You might even tell me that George Floyd and people like him are horrible people. Ok. I won’t use them then. Instead, I’ll use people that will render you speechless, George Floyd wasn’t the worst execution. His was only the tip of the iceberg of brutality by those police filled with fear and amorality.

Why does a person simplify through repetition?  Is it about control? The neo-conservatives today have outpaced the traditional conservatives using disinformation for the sake of power rather than ethics and logic. They see themselves as the moral arbiters of the most divine justice, of god. If you are moral arbiters of truth and justice, then you shouldn’t be quite outraged by the injustice of the police? Tell me, what is just about the killing of children and teenagers? Especially those who are neurodivergent.

–  On January 19, 2020, a 16-year-old autistic teen Eric Parsa was brutally murdered by police in a mall parking lot. He had had a violent outburst against his father, and the deputy working at the mall had intervened, calling a few others along with him. After they restrained him, they sat on the teen for 9 minutes and 6 seconds (Suit: Cops Killed Autistic Teen by Sitting on Him, Chokehold). On what moral grounds can this be justified. And before you mention it, he wasn’t resisting the arrest. It appears you have gone silent. Where is your declared divine justice? Where are the quick justifications? It appears you have truly nothing. For nothing can justify this level of brutality.

–  On September 4, 2020 police were called by a mother of a 13-year-old teen who had suffered a mental breakdown and could become violent. When they arrived, the boy began to flee the location, the police chasing after him. An officer instructs the teen to get on the ground. The boy refuses and begins to slow his pace, simply walking on the sidewalk. The officer proceeded to fire at the boy with his pistol (around 10 shots I believe, at least one hit the boy). After this, the officers instruct the boy to “show his hands”. The boy dies from the gunshot wound later (Davis).

A 13-year-old was shot dead for the horrific crime of not complying to get on the ground. Tell me what possible justifications can one come up with for this? You might say the boy was resisting. If so, I laugh and spit in your face! Do you claim to be the judge? To be the most moral of them all? And yet you say that a boy who was suffering from a mental breakdown deserved to die because he would not get on the ground when police commanded him to. How pathetic and hypocritical (Davis).

–  In November 2016 police deputy Robert Retford was called to the scene of domestic abuse between the victim Shanna and her boyfriend. Retford proceeded to take Shanna into his car and drive her to a hotel. While in the car he proceeded to forcibly fondle her crotch and made her do the same to him. They arrived at the hotel where Retford left her in a hotel room after giving her his card. In the morning Retford picked Shanna up from the hotel and took her to a friend’s house. At the house, he proceeded to beat her with a baton or flashlight and pissed on her. He then forced Shanna to drink it. Retford pleaded to the charge and did not get a single day in jail for it (Agorist).

Police are supposed to be trained professionals, they are supposed to be the doers of justice, and therefore know the ways of moral workings. If this is the case, then it is clear that police should know that one cannot give consent to sex while under the influence of any substance. He should have known this and denied her advances. But he didn’t. He raped the girl while he knew she could not give consent. Truly horrific (Agorist).

The police officer as a Haunted Servant

You may claim that are bad apples among the police, and I will tell you that the apples are not rotten, the tree is, and it attracts the rotten apples. There is the reason why the job of a police officer attracts so many people like this.

Ghosts fly around police officers. Almost like flies but they don’t recognize them as such.

Yet instead of swatting them, they worship them. There’s a reason the tree is so rotten, and it’s a quite simple one too. It’s haunted with psychological ghosts that infect the apples with their sickly disease. Don’t you see? The police are haunted by phantoms! You think that ghosts cannot be haunting the police. But they are! The only reason you think they aren’t is that you simply don’t understand what a phantom is. After all, once they get in your mind it’s hard to recognize what they are.

A phantom is an abstract idea that seeks to enforce its will upon you and dissociate you from your unique identity. Good examples are god, nation, and morality (not empathy). The nation haunts our police however, one specific phantom has major power over them, and is the reason why these brutal wolves are drawn to the job. The phantom of the masculine.

Masculinity is made to tell “men” how to live.

The commandments of this phantom are simple, to gain and exert power. A man is supposed to be strong and to have control. He is supposed to be angry and to never show his sadness. When a man is deprived of power society tells him that he needs to gain more, and only then can he become a “real man”.

Where do you believe the boys who were bullied go to? Those boys were deprived of their power. Where do they go to gain more? Why the job that offers them power of course where other outlets are shut. It’s the power to control one’s life and future.

The job of the police officer appears to attract those who are weak, those who know no other way to exert power than to become the bully. And instead of terrorizing the population of the school, he goes to terrorize the population of the town and the city. He buys military style weapons and to back his macho and even the women who join the police find themselves succumbing to the masculine. The cop feels himself to be greater than the lowly peasants below him and deludes himself into believing he is the “sheep-dog” the one who must protect us, lowly peasants, from ourselves. And what happens when the one who becomes drunk on power is defied? He lashes out, quite violently it appears if our victims above mean anything.

They have the power to do anything. To rape and murder. The state guarantees it. If they get in trouble, then they can simply rely on the police unions to help them out.

Now it is clear. The policeman is haunted beyond the normal man, who is quite haunted. He is plagued by the phantoms of masculinity and is backed up by the phantom of the state. The state encourages megalomaniac behavior in the police officer. Granting him the narcissism needed to carry out his horrible duty. The system is responsible. The state is responsible. Even religion could play a small role. All the phantoms come together to form their ultimate servant, the police officer.