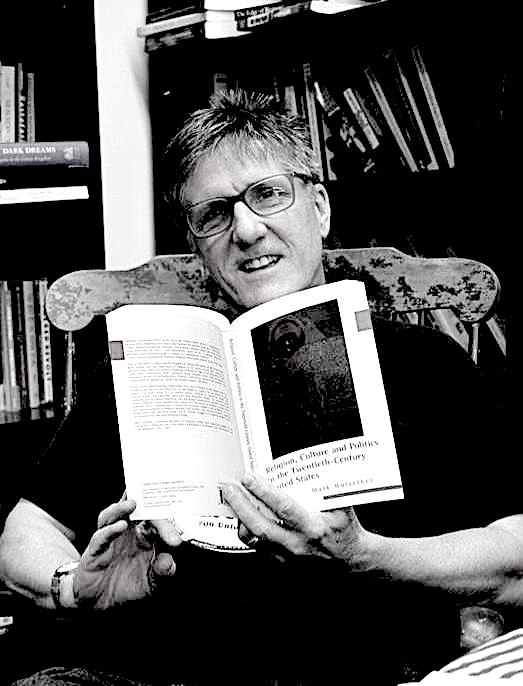 Last summer (2019), on a road trip between Minneapolis to Kansas City, I passed through a small town in Iowa where I lived from age two to five.  Here is a picture I took.

I have few personal memories of my early years, and almost all of them are filtered through home movies that I watched later or stories that my father told me about his first job there as a Lutheran minister. But I have a strong impression that the town was intact and reasonably thriving—not unlike a nearby town where I spent my high school years and which I remember well.

This latter town, like dozens of others in the region, had a small set of stores, gas stations, taverns, agricultural supply dealers, and independent contractors. It had a bowling alley and a bank. I worked for a mom-and-pop grocery store with four employees; it probably had less square footage in its four aisles than the displays for beer and paper products alone in my local Kroger—but it was full-service and locally owned. Sometimes we drove an hour to the nearest McDonald’s and Sears, but largely we shopped locally, especially for food. We had our own school that we were proud of (although sadly this pride was largely unwarranted, I can see now) and at least to a kid on the inside of it looking out, it felt prosperous.  Here’s a picture. 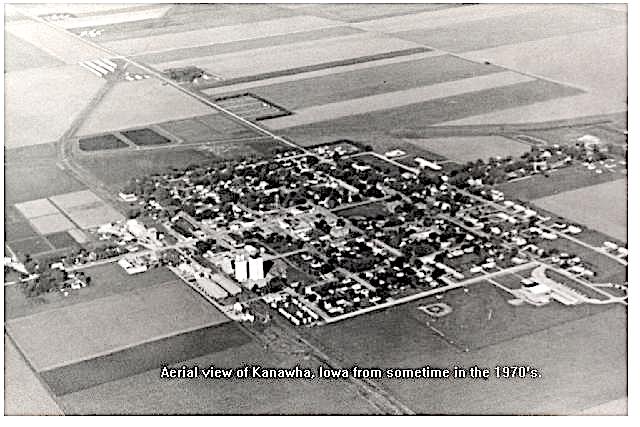 The town from my infancy, Williams, is two miles from the route of Interstate 35. This is a powerful historical road that goes all the way from Lake Superior through Minneapolis, Des Moines, Kansas City, Dallas, Laredo, and then to Mexico City and South America as the Pan American Highway. As all good fans of Bob Dylan know, the route also extends north from Duluth to the Canadian border if we add in US Highway 61, which mirrors I-35 for a time near Dylan’s childhood homes before following the Mississippi River to New Orleans.

One of the later sections of the interstate system to be finished was I-35 near Williams. I can remember riding on a subsection of the route before it opened as it went from nowhere to nowhere through corn and bean fields, totally deserted except for our car.

After this road was completed, in 1973, some local folks opened a truck stop called Boondocks, USA, at the Williams exit. This was an early version of the type like the Flying J travel complexes with restaurants, showers, and the odd combination of semi-grocery-stores mashed up with half-department-stores. When I stopped at the Flying J in Williams last year, I needed a baseball cap (what Iowans call a “seed cap” advertising their favorite corn like an NBA team) and I had many hundreds of cap choices on five separate displays—almost all of them variations on Iowa sports teams, US flags, right-wing slogans, motorcycle subculture, or Duck Dynasty. I managed to find one with an ear of corn that just said “Iowa.”

Such complexes are dime a dozen now—but at the start, Boondocks USA seemed unique. It became famous among a wide spectrum of Iowans, as well as truckers who adopted it. Smallish by current standards, it was notably large by 1970s Iowa standards and had its own line of seed caps and T-shirts. It became a minor tourist attraction with a motel. But eventually the business was squeezed out by chain versions, and the motel is now boarded up. 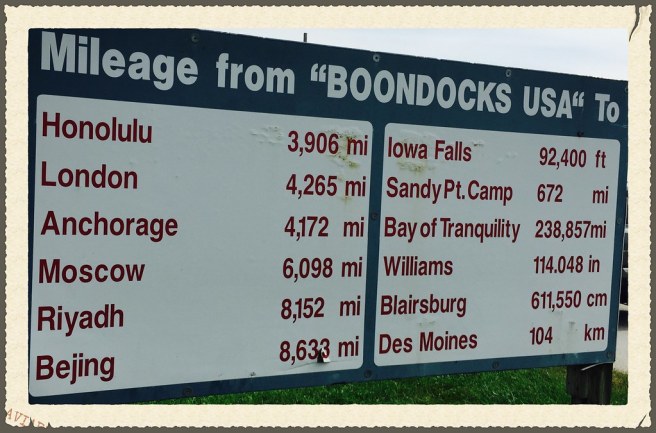 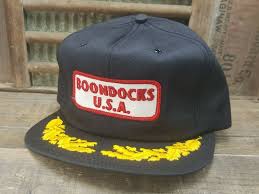 I decided to drive over to the town, two miles away, which I had not visited for fifty years. I must say I was shocked. Since the whole town has less than two dozen square blocks, I easily found the church where my dad worked—now split from the mainstream Lutheran denomination and part of a fundamentalist splinter group. There were a few dozen houses, mostly smallish but predominantly not in disrepair, probably with many retirees. However, as I looked for businesses, it seemed almost like a ghost town interspersed with a few car repair shops and the like. Even a tiny business district was tricky to identify—and I did not expect much, since the one in my high school town had only been two blocks long. No doubt the travel center with the caps does far more business than this entire little town—although with a possible exception for trucks carrying hogs to industrial slaughterhouses far away, as noted below.

At the time, I thought that the coming of the freeway was a nice metaphor for small farms and businesses giving way to Walmarts. Unlike in my childhood when the nearest McDonald’s was an hour away and we supplemented our shopping with Sears mail-order catalogs, today I suppose the people of Williams shop primarily either via Amazon or at Costcos and shopping centers down the road in Ames and Des Moines. Clearly there has been a severe downward spiral for the (now absent) local businesses.

However, I recently learned a little more about what happened in Williams—and so I am changing my core metaphor from freeways dispersing people outward, toward the image of a shit-storm of toxic pollution pouring downward—although sadly in both cases this includes agricultural profits and quality of life siphoned out.

This comes after reading a Nation magazine article called “Rural America Does Not Have to Starve,” which includes the reporter Nick Shaxton visiting my old town.  Shaxton confirms that my memories are solid: Williams used to have three grocery stores, three farm implement dealers, a creamery, a doctor, a stockyard, and much more.

But above all, Shaxton explains how the arrival of CAFOs—concentrated animal feeding operations, or industrial factory farms, with many thousands of animals—hollowed out the town.

Let’s leave aside the horrific quality of life both for the animals and the workers who are contracted to process them. And let’s leave aside the extreme pollution that “rais[es] a stinking haze that can send nearby residents fleeing indoors” before polluting the water that eventually ends up in the local drinking supply and the Mississippi River.

Let’s just focus now on the economic impacts that supposedly justify all this. As Shaxton summarizes, although the raw numbers of hogs and statistical “productivity” have roughly doubled, the “median on-farm income…averaged a negative $1560 per year from 1996 to 2017” and “the median farm income from hog farming was negative in 2018.” In other words many farmers must work second jobs simply to subsidize farms that are losing money. 90% of the market in hogs is controlled by huge “vertically integrated meatpacking conglomerates,” several of them Brazilian or Chinese, that keep prices at rock bottom.

And although there is profit in selling animal flesh, human labor, and environmental quality to urban markets (increasingly in China), the local “CAFO farmers themselves… are often just hog house janitors” with contracts imposed by the big firms that shift the risks to them and often lead to high debt loads. As Shaxton reports, “There is ‘basically no choice’ in the contracts. ‘Everything is dictated.’” Corporations grab most of the profits, part of them from tax-funded subsidies.  Meanwhile the circulation of money through local economies (whether from buying supplies or spending what little profit trickles down) largely dries up.

In this sense the outward flow of consumers toward travel centers and Walmarts is mirrored by a more abstract outflow of agricultural profits, which Shaxson describes as “one-way conveyor belts shipping rural wealth out,” and the “bag of a vacuum cleaner” getting fat on Wall Street. What remains are dying towns, alarming growths in suicide, and a landscape blighted by animal suffering and toxic pollution.

This is the future that big capitalist agribusiness says is our only alternative, and which it steadily seeks to expand beyond early adopters like the people in my dying old town.