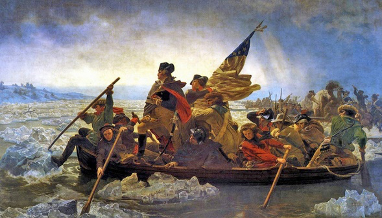 When I was a little girl, my grandfather had a cousin named Annie Smythe. Annie lived alone in a grand southern home and had many interesting artefacts, including a Victrola, which I found fascinating. One day as I was walking down the stairs from the second to the first floor, I saw a framed certificate on the wall, and I asked Annie about it. She told me she was a DAR, a Daughter of the American Revolution. She explained that several of our ancestors helped finance the war that led to our freedom from England and about the letters General George Washington and our ancestor Henry Hollingsworth wrote to each other during the war, that were in the Smithsonian Library.

Washington asked Henry for money, grain, meat, fabric to feed and clothe his soldiers and Henry graciously obliged as he and Washington were dear friends. Henry referred to George as “Emperor” in his written salutations. In addition to giving resources, Henry also led a battalion. Other ancestors stepped up: James Hollingsworth manufactured rifles, wagons and ammunition for the cause. Zebulon led a battalion. They were all descendants of my original ancestor to the United States Valentine Hollingsworth, Sr., a Quaker, who came over with William Penn and settled Delaware.

I was so fascinated by my heritage and years later when I was older, a working journalist and living in Jackson, MS, I applied for membership in the national DAR. I had to prove my lineage in order to be accepted, but it was easy because I had the family book DIRECT DESCENDANTS OF VALENTINE HOLLINGSWORTH, SR., that mama had given me when I was 9 years old. I was its proud, young custodian and still am, though not so young anymore. I was able to easily trace back my line straight to Valentine, who came over in 1682.

On this Memorial Day, I honor those who fought and died for our freedom. Political bias aside, we should stand united as a country and stop the infighting. When you look at our history as a country and how we had to fight for our freedom from another country and then continue fighting to preserve our freedom, and how so many young men and women literally lost life, limb and stability to protect us, it seems puerile to argue over ideology when we should pull together, especially during times of crisis.

My ancestors did a lot of heavy lifting to make sure our country could be free. We came here to escape religious persecution. I know many people who don’t know their family history past a great grandparent, but if they did, I am sure they would discover and embrace the honorable things their ancestors did, the reasons they came to this country, how they suffered along the way, in order to establish a form of legacy for those who came after.

As a retired journalist, I am not political. The reason is because I have seen behind the curtain of politics. I know it is not about We the People. It’s about power, control, money, and calculated party and self-serving lies. It sickens me to see our current national tragedy politicized while people suffer and die. If you look at the bank accounts of politicians, you can’t help but wonder how public servants become millionaires, and why they fight each other so much instead of serving We the People.

I covered local, state and national politics. The same issues that people were concerned about in 1977 are the same talking points we have today. In all those years, the issues facing people have not improved; in fact, for seniors, it has become worse in regard to medical reimbursement, social security that does not keep up with the cost of living, and other issues. You would be hard pressed today to listen to a political debate and hear the candidates address issues that concern our seniors. The tapestry of our country has changed and with it, the refocusing on issues such as same sex marriage, unisex bathrooms, flatulent bovine, who has control over women’s bodies, and name calling. Lots of name calling. But no one lays out the strategy for fixing anything. No one seems to have a salient plan of action to make the lives of We the People better; yet, the politicians never miss a paycheck nor an opportunity to flaunt their hypocrisy while the populace suffer. They have the best health insurance our tax dollars can buy. Our public servants vote themselves pay raises when the rest of us must work harder to earn more or beg our bosses for an increase. As my father said, “we get the government we deserve.” And we deserve them because we buy into whatever it is they think we want to hear and we vote for them without taking the responsibility to do our own due diligence.

Sheeple truckle with the ignorance of the masses. Drill down to truth and don’t truckle. Develop critical thinking skills instead of binding your behavior to emotions, party beliefs, fear. “Take off your hat to nothing known or unknown or to any man or number of men.'” –Walt Whitman

When our founding fathers signed The Declaration of Independence, I am sure their wish for our country was that it would be and remain united. We have allowed biased media on both sides of the political fence to turn us against each other…and that breaks my heart. The vitriolic comments I read from friends on social media from believers from both sides break my heart. As a journalist, it is my endeavor to seek truth, listen to both sides, understand various opinions, sift through facts, and use the critical thinking skills I developed to gain perspective.

What I see through the lens of perspective frightens me. We have become a country so divided; we actually hate someone who doesn’t believe as we do. It has become an “us” vs “them” society and both sides are guilty.

Henry, James, Zebulon and all those who financed and fought for our freedom didn’t have such rancor in mind. They sacrificed so we could gain freedom from a country that oppressed us. Many soldiers died and since, many more have died, and in the future even more so shall die defending the honor of our country.

America is being shredded; shredded by its own populace. Fear, ignorance, hatred, prejudice, political and religious bias, greed, and sloth are the culprits. And the media, I am ashamed to say, perpetuates this divide. A house divided cannot stand, nor so a country. And if we are not pulling together, we shall soon fall apart.

Today is Memorial Day. For many, it’s more than just a 3-day weekend. It’s a time to reflect upon where we started as a nation once controlled by another, subservient and resentful until we could wrench ourselves away to freedom; a freedom that used to be sacrosanct but now has become bastardized.

Perhaps by taking personal responsibility and action to better relationships on our own streets, neighborhoods, communities, and calming our individual hysteria surrounding what we believe based upon what we see on television presented by agenda-driven talking heads and spin doctors, we may finally connect with our critical thinking skills, drill down to truth, detach from the emotional manipulation and see that if we pull together regardless of politics, religion, etc. we may make our country better and safer without depending upon the government to do it for us; which, of course, they will not.

Whining, name calling, bullying and other childish tactics are not what is called for at this time in our history. Those are the very behaviors that will do us in.

Instead of allowing the pathologies of politicians, the manipulations of the media, the fear and powerlessness that have arisen from a global pandemic to control us, perhaps it is time to ask ourselves individually and collectively, “What can I do to unshred America?” And then—do it.