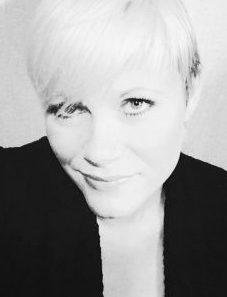 Amanda Bullen began working at Salon Visage as a cutting specialist while also studying with prominent hairstylists around the world. She also worked in fashion and modeling before moving on to Aveda Natural Alternatives.  She worked as a salon manager while full-time direct care staff for clients with special needs. While working for Aveda, she had extensive training in hair color, mastering the Aveda hair color line and dimensional color, along with gaining experience into what people seek in hairstyles and their appearance, which can be more complex than simply a hair coloring and a cut.

NP: What are some of the physical and psychological complexities in hairstyling?

Bullen: Hairstyling is initially about shape and movement. Color placement and formulation are impacted by differences in head, face and haircut shapes. The movement of the hair and the tools you use can change little to a lot with a haircut. Confidence has always been about the way one carries and views oneself. It’s a matter both of public and personal perception. A hairstyle can expand ones confidence or make them feel less confident. It can offer creativity and privacy.

Bullen: Hairstyles are often times the way a person expresses creativity. It may be their only form of self-expression. Of course, I have noticed at times, little tolerance of public attitudes when it comes to self-expression in-terms of unique colors and cuts. A person for example can change their looks from a long to short hairstyle and with the hair brushed over part of their face. In other words, she or he may achieve a sense of creative privacy. They look different enough as to be unrecognizable at first glance then when they entered the salon. And in a world of little privacy the hairstylist can help effect a different and fresh look for the person.

NP: What are the influences on hairstyles?

Bullen: If you have little or no money to spend on hairstyles then the person obviously has to be more inventive. I can’t tell that hairstyles are directly affected much by social or economic groups. The salon or shop the guest chooses can affect the quality of the work performed, the level of professionalism or the guest experience. Various religions, branches of the military, corporate culture and the person that makes out your paycheck also affect hairstyles.

For example, military personnel typically have very short or off the collar hairstyles – rather it be cut short or put up in a bun. In religion, hair length often times signifies ones allegiance. Or the hair length may represent ones strength.

They may think it shows their devotion to God. Some religions shave their heads as part of their order of worship. I’ve also noticed that expectations in the corporate or government sector influence attitudes as customers explain to me what they have to do different to keep or succeed in their job. From my experience there seems to be a correlation between the work one does and where one lives and the issues associated with tolerance and intolerance.

I have myself experienced profiling attributed to a hair color or a haircut that I may have had at the time. The color or style of your hair should never determine how we are treated or viewed by society but it always has and I foresee it always will.

Styling is more than just about the styling of hair. The psychological comes into play with every guest that sits in my chair. You become their hairstylist, a friend, sometimes a confidante and an informal therapist. You are someone to empathize, listen and be objective. You become part of many families.

NP: Do you see any shifts in hairstyling in the future?

Bullen: Techniques and equipment change over time affected by technology. Though scissors have been around for a few thousand years. The ancient Egyptians were very inventive with techniques and design. The modern scissors have continued to evolve but the concept remains the same – to cut and style hair. Hairstyles have evolved and changed with more conservative styles dependent on geography, culture and the type of work one does or religion one follows and the pressure from family and peer groups. I expect that we will return to versions of former styles – with a back and forth from the vantage point of how much do I have to spend?