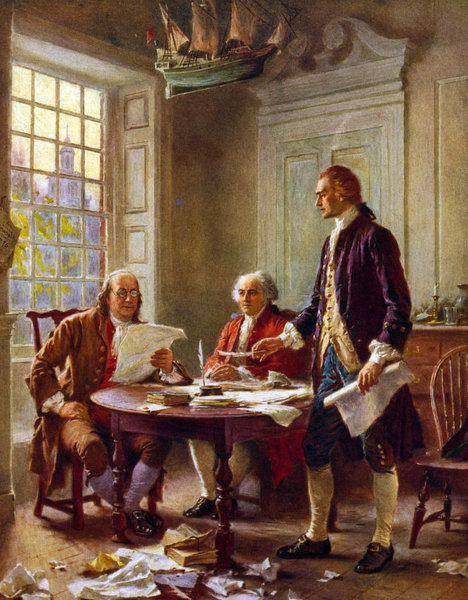 What shall I say more than I have inferred? – Richard III  Act V Scene III Shakespeare

America is a state of mind. It’s a place that markets itself as a democracy with a core value being the capitalist enterprise. Enterprises come with a price where competition outweighs cooperation. And within that competition not all people are created equal and that dilemma complicates human affairs and relations.

The metaphors of democracy are increasingly disparate. We don’t have the same intelligence, opportunity, physical ability or resources, race, gender, sexual orientation, emotional makeup, personal connections, cultural experiences and drive. Equal footing is an ideal though the narrative that actually occurs is convoluted in the corporate, government and diplomatic world of national and international relations.

War, violence and civil unrest are scarlet threads in our diverse national cultural fabric. We’re at a loss in knowing how to deal with a leader who speaks from the teeth – purposefully calls a lie a truth and a truth a lie and creates stories of half -truths. Or as Ezra Klein observes: “You don’t need to win the argument. You don’t even need to have the facts. You just need to have an argument. All you need is to offer your side an alternative story in which to believe, a story that makes you sound trustworthy and your enemies untrustworthy.”

Online newspapers from around the world today speak to the consistent drum beat of war, nationalism and the shredding of ethics. A leader advocates war or focuses attention on him to deflect from other issues – economic and political injustice, poverty, climate change or filling judgeships from such unsubtle organizations as the Federalist Society. As a sidebar, if it wasn’t for the anti-Federalists there would be no Bill of Rights.

The other day I came across people with signs on a college campus in the South – Make America White Again. Many were wearing MAGA baseball caps. There were more military looking police than the number of demonstrators.

I saw one of the participants afterward at a coffeeshop. He nodded. We talked. He started out being both afraid to do something and afraid not to do something. He was a university graduate, lost his job and his participation represented his frustration. He laughed, “I actually hate baseball caps. it’s all bullshit. America is bullshit. There is no democracy.” I listened as he vented his frustration with the system. He knew Trump was a liar and a con man. That wasn’t the point. Once more he knew he was being used. “Who isn’t?” he asked. I think he understood dissatisfaction feeds into dissatisfaction when you’re on the outside looking in. The divide between people is substantial. So I listened for which he thanked me.

To instill fear is a timeless method in controlling and manipulating people. Politicians use fear in reverse psychology. Political sociopathy is boundless. The truth of non-scientific matters is seldom obvious. Enough money and we can compartmentalize our fear and channel our loathing, both self and other, as money allows us the liberty to do so.

The wealthiest have their own private retreats around the world as nation and country are useful tools. The wealthiest in any given country are residents in name only as long it brings them money. “As long as someone else pays for it,” I was told by one self-entitled individual of wealth.

“It’s easy to be cynical when you don’t know where your next meal is coming from or where you will rest your head at night,” A young woman told me at a coffeeshop in Austin, Texas.

And at another coffeeshop just outside of Detroit a jobless man said something that I would expect to hear from a senior living in Florida, “Living life to the fullest,” he said. I asked him what he meant by that phrase. In a contorted half-smile he said, “I get up every morning and appreciate seeing the sunrise.”

There was and is no simpler, less complicated time in history. My ancestors arrived in this country before the War for Independence. They understood that their time is now. Tomorrow is not a promise, it’s something to prepare for in case the sun rises.

But how does one prepare to compromise when polarization obfuscates facts and blurs the authentic? How insecure is a man or woman when they would rather hear a lie than a truth? What is it that strikes fear in the human soul? What do our dreams manifest?

“All men dream, but not equally. Those who dream by night in the dusty recesses of their minds, wake in the day to find that it was vanity: but the dreamers of the day are dangerous men, for they may act on their dreams with open eyes, to make them possible.”   T E Lawrence, Seven Pillars of Wisdom