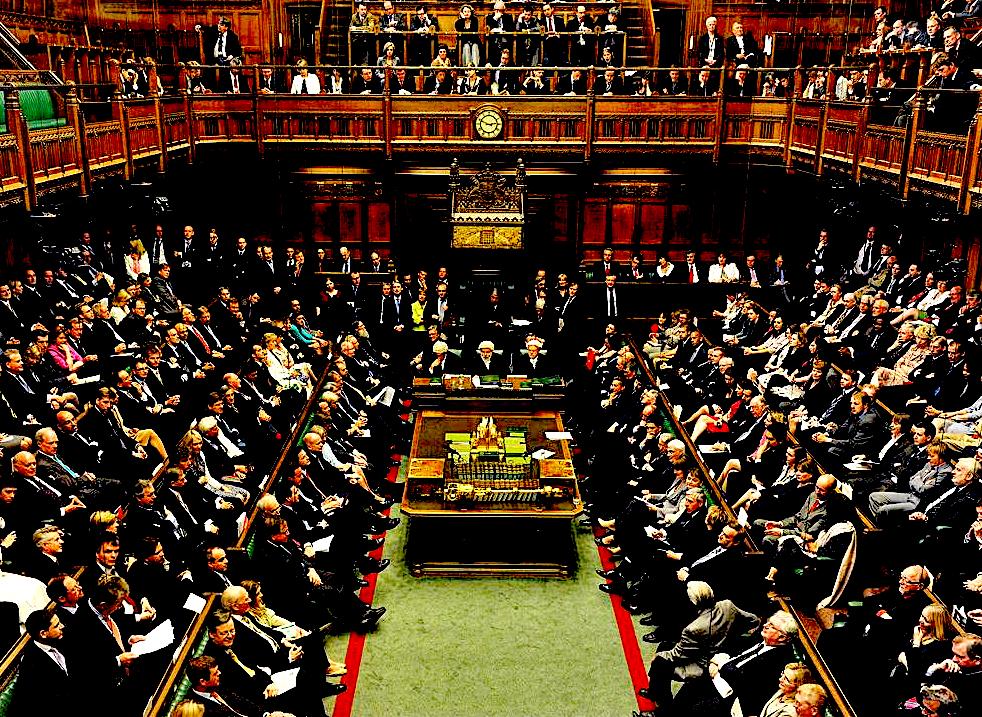 This series seeks to understand some of the differing faces of estrangement and the crossroads it approaches for good or ill.

This famous comment by Winston Churchill is often used to emphasize the importance of our built environment, the forgotten back-drop to our daily lives. The context of the quote is often left out. During the London blitz the House of Commons in Parliament was destroyed by incendiary bombs. A debate followed about whether to build it back as it had been previously, with two sets of tiered benches facing each other directly across a central well, or to modify the layout to more of a fan or horseshoe shape to emphasize a more unified government.

Churchill argued that the confrontational nature of the historic arrangement, with two parties facing off as in a battle, was an essential element in the development of British democratic traditions, as only through contention and debate could progress be made –and further that the shape of the space made this form of debate possible. Central to this idea was to be able to look directly across the well to see the eyes and faces of your opponents, and to transform ritualized struggle into an informed governance.

This form of ritualized battle within a defined physical boundary also defines the most common shape of sport field. Football, Basketball, Tennis, Ice Hockey, Rugby, Volleyball, and more, all are defined by two opposing sides facing off against each other on a rectangular field of play. Team-mates are coordinated, have roles to play, and have a sense of common purpose. An audience surrounds the playing field, vocally supporting their side.

More complex is the courtroom, where the location, even the relative height of judge, jury, prosecution, and defense, are physical manifestations of the roles that they play, and the nature of the space sublimates individuals into a larger social and historical process. Like the Commons and the playing field, there is the contention of opposing sets of ideas and there is judgement. Over the long course of their development, different building types have come to represent social and institutional activities.

Offices, hospitals, prisons, stores: all have prescribed yet in many cases artificial and unquestioned forms and layouts, which send coded messages regarding modes of interaction, hierarchy, security, levels of openness, who is welcome and who isn’t. It is no wonder that many people become disenchanted from a built environment they feel does not include them, does not work for them. Buildings are often the most accessible symbols of institutions and as such can be the object of protest.

This perspective may provide another way of considering the horrific events of January 6, 2021. While there is no doubt that the aim of the protest was to disrupt the actual validation of the election results and punishment of perceived ‘traitors’ there is little question that the overlay of a siege on the houses of Congress, the building itself, lent authority both to the Congressional vote and to the symbolic possession of the Capitol by the protestors.

Social interactions increasingly happen virtually, rendering place to be of less consequence. What, other than tradition, prevented the certification of the Presidential vote from taking place remotely? What form might the protests have taken? For those disenchanted and estranged from political and economic systems, will buildings continue to symbolize the institutions that control them?