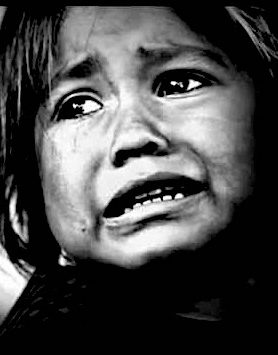 The face of the homeless is changing. The vast majority of homeless people do not choose to be homeless. A rising number are children wandering the streets of America’s cities and countryside looking for food and sleeping wherever they can find shelter. They seek companionship and find fear or distaste mostly from the non-homeless who avert their eyes or somehow think its not going to happen to them.

Unlike the depictions in a Hollywood film or the misinformation propagated by some media most homeless people, whether a child, a teenager or adult, are not dangerous. They are lonely and afraid and yes some are angry over how they have been treated –  their social network was broken or non-existent.

Homeless can happen to anyone in a minute, an hour or a day. Homelessness is a statement of mistreatment by a society of greed and competition. The Social Gospel of fairness and justice is lacking. Who do your trust? Who do you turn to? Where is God or Jesus or Allah or Yaweh? You feel alone. Existence has indeed become existential.

A bad decision in life, unpaid medical bills, untreated medical issues, a returning veteran suffering emotional issues, a woman or man who has lost everything, a person who has run out of employment benefits or the large numbers of people in a low paying job that isn’t enough to rent an apartment let alone buy a home, a child deserted or even with a homeless parent- homelessness is on the increase in the richest country of the world where  over 90 per cent of the wealth is in the hands of the few.

And, homelessness will increase.

Rugged individualism, a carry over from the previous two centuries is the obsolete absurdity for the person without means to survive. Not everyone  has the same emotional and physical resources.

Homelessness is a state of non-being!

Homelessness is the result of unfettered capitalism that demands there be winners and losers, while the truly wealthy share their resources with each other in their own form of socialism enterprise.

Homelessness tears apart the fabric of a democracy that is already under the stress of a pandemic, climate change, endless wars, a shattered economy and the deepening social and political malaise of political conspiracy theories and endless lies.

What is the truth?  What are the answers?