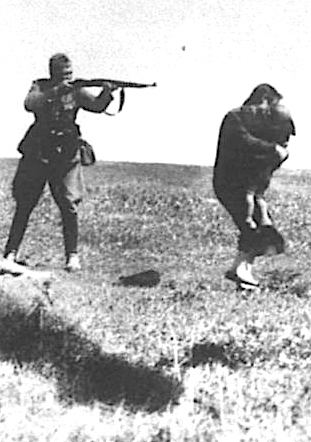 The cost of war

One year after the first Nuremberg Trial ended, the United Nations General Assembly met on Friday, November 21, 1947, a rather chilly day in New York City, and a month before the Great Blizzard that would hit on December 24th and paralyze the city. The UN under the leadership of UN Secretary-General, Trygve Lie of Norway, passed General Assembly Resolution 177, the purpose of which was to codify the legal principles that served as a basis of the Nuremberg Trials of Nazi Party members subsequent to WWII. The codification became known as the Nuremberg Principles.

Harry S. Truman’s Presidential appointee, Warren R. Austin, former Republican US Senator from Vermont and an internationalist, assumed the role as the first official US Ambassador to the United Nations in January of 1947. Both Truman and Austin favored the ideals of the Nuremberg Principles.

In practice, since WWII, no sitting US President has attained or fully implemented those ideals. How many and to what magnitude have violations occurred? Further, as guidelines the Principles have been open to legal, political and ethical interpretation to the extent one might legitimately inquire as to which leader of what country has the followed the guidelines and to what degree and purpose. The question has arisen whether morality and ethics are viewed as relative to circumstance, in particular, the circumstance of economic and political power.

Lawyers are trained to argue multiple sides of an issue but where, how and when does a person’s moral responsibility enter the picture and she or he finds the courage to ask the existential why of obedience to another’s cause other than their own humanity? Is it Fear? Money? Power? Lust? Pride? Glory? To be part of a group larger than oneself? What is it? Vanity? Is it in the name of the sacred? Self and other preservation? Society? Civility? Race? These were a few of the thoughts, later recalled, that ran through a number of people’s minds at the UN’s General Assembly leading up to 21st of November and beyond.

Formulation of the principles recognized in the Charter of the Nürnberg Tribunal and in the judgment of the Tribunal.

(a) Formulate the principles of international law recognized in the Charter of the Nürnberg Tribunal and in the judgment of the Tribunal and,

(b) Prepare a draft code of offences against the peace and security of mankind, indicating clearly the place to be accorded to the principles mentioned in sub-paragraph (a) above.

In order to fulfill this mandate, the International Law Commission (which had been created under UN Resolution 174) duly codified seven principles. They were adopted on July 29, 1950.

Any person who commits an act which constitutes a crime under international law is responsible therefor and liable to punishment.

The fact that a person acted pursuant to order of his Government or of a superior does not relieve him from responsibility under international law, provided a moral choice was in fact possible to him.

Any person charged with a crime under international law has the right to a fair trial on the facts and law.

The crimes hereinafter set out are punishable as crimes under international law:

“The laws of war do not only apply to the suspected criminals of vanquished nations. There is no legal or moral basis for immunizing victorious nations from scrutiny. The laws of war are not a one-way street.” P. 641 Epilogue and Assessment.  Telford Taylor, The Anatomy of the Nuremberg Trials. 1992