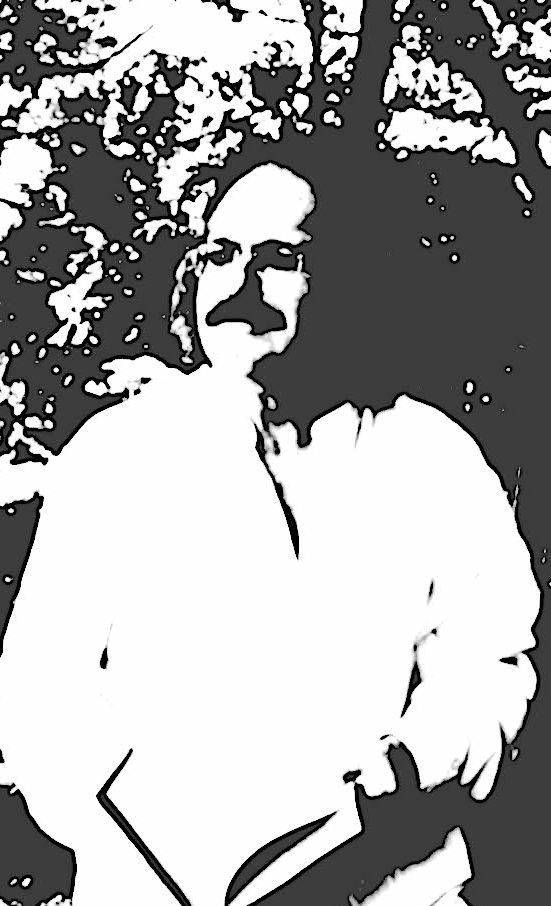 I should have known better. On the other hand, why should I have?

I opened my eyes, looked around the room, slowly got out of bed and walked over to the window and peered out at the landscape. I suppose one could say it was an ordinary morning with the earth in familiar rotation and the sun poetically appearing to rise from the East. There was nothing to suggest that anything was amiss. So I didn’t give the hour serious thought and proceeded with the same ritual as I had done the day before. And yet I might have used more caution at such an early hour. One never really knows for certain.

I tried it once before years ago but then reversed my opinion on the entire matter after listening to those few remaining inner voices that are resistant to change along with side remarks made by my peers and others that I had but a mere acquaintance with, in my day-to-day affairs. One never really knows the effect of a simple act or perception thereof until one commits the act whether it is with little or much thought. Then once committed is it too late? I sighed.

The moment one does something one hasn’t done in years if not decades, then one has to step back and consider the possible downstream effect of one’s actions. It’s generally considered wise to have a personal strategy or even a “business plan” of action, even if only mentally inscribed in outline form, while acknowledging life happens in a non-linear fashion. I mean, what is there in life that’s true to form every moment of its existence? Hm.

I suspect a majority of men, if indeed they have an opportunity or option to do so, might be hesitant and reconsider about how they approach the situation while being cognizant of its varied meanings and knowing that all is vanity, while wondering what might appeal to those whose intimate and feminine opinion personally matter.

That all said, it happened in the following manner: After I took a shower I was lathering my face and began the daily task with its particular motions of shaving and caught a small portion of my moustache with the sharp edge razor blade and watched strands of hair, like past romantic and poetic phrases vanish before my eyes as water from the bathroom faucet flush the distinguished characteristics of my face down the drain. My face was no longer in philosophical balance.

I decided perhaps to finish my moustache’s denouement, so I moved my face closer to the mirror with one eye open wider than the other to inspect the damage. I held the razor in my right hand and steadily guided it toward that place above the upper lip for seemingly good reason – to reshape the imbalance or eliminate it all together. But I stopped as I felt like someone was looking over my shoulder.

Then it happened! The French film La Moustache directed by Emmanuel Carrère flashed through my mind and sent chills up my spine for what if after all there was in reality, no one watching me shave? In fact, there were no witnesses. What would I do if those who knew me best, said, “You had no moustache in the first place,” and denied the fact of its very existence and would my mind’s sanctity come into question? What misfortune and disappointment is greater than when one changes one’s looks with its profound though vain implications and nobody takes note, or worse – denies the previous existence of a countenance that you invested so much effort to create?

It wasn’t after all just hair, but perhaps a statement made more complex with transcendent implications. The famous artist Salvador Dali once said, “Since I don’t smoke, I decided to grow a moustache. It’s better for the health. However, I always carried a jewel-studded cigarette case in which, instead of tobacco, were carefully place moustaches…I offered them politely to my friends – Moustache? Moustache? Moustache? Nobody cared to touch them. This was my test regarding the sacred respect of moustaches.”

Needless to say, with existential emotions at bay, I trimmed my moustache to a minimum knowing that I had the free will to grow it back rather quickly, if indeed that was the tactic I decided upon, for ultimately it’s only hair in passing, and possesses an existential quality which in turn means – things actually exist only in the present physical moment, and recorded for the future to look back upon in reflection and organized and placed, according to an unofficial grapevine, in the “ADPF” or the “Archived Database of Previous Faces,” and digitally stored in a classified location.

So as I stepped back and looked in the mirror and seemed to recognize the man who shrugged his shoulders, “Isn’t the moustache’s existence but a brief facial interlude of the mind?” I asked. Or, is it indeed?