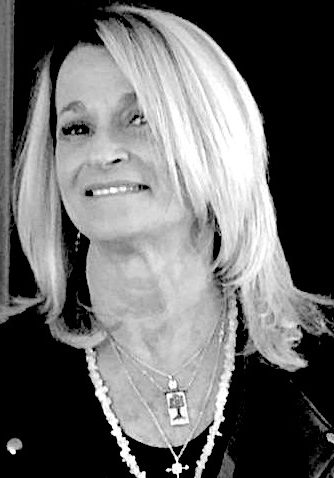 Sue De Gregorio-Rosen is Associate Editor Legal Liaison at THE NATIONAL CANNABIS PATIENTS WALL, New York Cannabis Nurses Professional Registered Nurse, with over 18 years of management experience and 30+ years as a trauma/burn/ER specialist, including expertise and analytic ability to successfully resolve issues, exceeds standards for outstanding commitment to the future of the self-evident outcomes and to the continued support for Medicinal Cannabis and safe access – The Cannabis Nurses Networks. Her specialties include: Professional nurse advocacy, contract negotiations, National labor Relations Act Training, management training, shared governance, third-party persuasion skills and Consultant for the Healthcare industry and Shared Governance consulting with proven successful evidence-based outcomes. She also has certification in Advanced Trauma Life Support, ACLS, CEN and has authored numerous articles, served as a consultant / mentor among other activities.

A core value to her life’s work and experience can be summed up as follows: “I AM AN ADVOCATE. I ADVOCATE FOR SAFE PATIENT CARE.”

NP:   How would you describe your work/role/experience with Cannabis research and education?

Rosen: I work primarily as an activist and an advocate for the safe access of medicinal marijuana. As a registered patient myself, in New York, I help patients through the process of the regulations that the state has endorsed, and provide a smooth access, based on my experience. I am certified in advanced cannabis nursing, the Core Curriculum and hold an Advanced Cannabis Nursing License UWX5P7NLZ, by the American Cannabis Nurses Association. I also provide forums on social media so that patients can access with ease, the most recent studies and information in the world of cannabis. I am a contributing editor to The Cannabis Nurse Magazine, Revolutionary Tactics magazine.

NP:  What are the medical benefits of cannabis on people’s health? Do those benefits outweigh any negatives? What is the nature of the scientific evidence of those benefits?

Rosen: From Dr. Sanjay Gupta – He’s put out three CNN documentary specials called Weed over the past few years, and there’s a new one coming soon. After talking to doctors and researchers, Gupta now believes that marijuana is wonderful and that it can successfully help with pain management and reduce opioid addiction.

He’s fully on board with cannabis, or at least has an open mind, despite being somewhat embarrassed by his original no-go stance. So if you’re cannabis-curious and looking for a doctor’s okay to get rolling, check out Gupta’s praise for weed, because he is a doctor after all. We believe in whole plant therapy.

In 1964 Professor Raphael Mechoulam was on a public bus carrying 5 kilos of premium Lebanese hashish in a plastic bag to his laboratory at the Weitzmann Institute in Rehovot. That noticeably fragrant bus ride turned out to be a fateful one, as Mechoulam used his haul to discover the psychoactive component in Cannabis, Tetrahydrocannabinol (THC). It was a discovery that had eluded scientists for decades. Twenty years later, Mechoulam ascertained that THC interacts with the largest receptor system in the human body, the endocannabinoid system (ECS). He then found that the human brain produces its very own cannabis—a chemical that they named anandamide after the Sanskrit word ananda, “bliss.”

Though still unknown to most researchers and medical professionals because of the worldwide prohibition of marijuana, the importance of the endocannabinoid system is growing daily. It has been called the “supercomputer that regulates homeostasis in the human body.” Because receptors are found throughout the brain and in every major organ, this system is thought to be involved in most disease state. This is one reason that cannabis treats so many different illnesses. Mechoulam has been investigating this compound longer and more thoughtfully than any other scientist. He has unearthed cannabis’s role in treating seizure disorders, schizophrenia and PTSD, as well as on other functions that govern human health like infant-maternal bonding. He has been awarded numerous scientific prizes and is universally acknowledged as the “father of cannabinoid medicine.” Despite these accolades, Mechoulam’s name isn’t known outside of a small group of researchers.

So much research has been done, yet this healing medication remains, federally, as a schedule 1 narcotic.

NP:  In the United States are the “due process” and “equal protection” clauses of the Fourteenth Amendment to the US Constitution applicable to the medical use of cannabis? The 14th Amendment states that, “No state shall make or enforce any law which shall abridge the privileges or immunities of citizens of the United States; nor shall any state deprive any person of life, liberty, or property, without due process of law; nor deny to any person within its jurisdiction the equal protection of the laws.”

Rosen: There is no “equal protection of the laws”. Cannabis or marijuana remains as a scheduled one narcotic, which deems it as equally dangerous as heroin. President Obama let the states decide. Not one state, that have legal medicinal and/or recreational programs are the same. Congress needs to step up to the plate and change this.  Science and medicine has proved over and over that this is a beneficial medication. This medicine treats our autistic children and adults that suffer from epilepsy; it relieves chronic pain, treats PTSD, has been shown to be successful in reducing tumor growth and is now being used to combat opioid addiction. Cannabis is non-toxic. You cannot overdose using cannabis. In fact, as of recent, it is being studied and used to help alleviate the withdrawal symptoms of alcohol abuse.

NP:  What are major challenges you have experienced and foresee and how much has politics played a role above and beyond medical knowledge?

Rosen: The major challenges that we have, at present, is that cannabis/marijuana remains as a schedule one narcotic, which is a farce. This should have never happened, as this plant has been used for thousands of years for its healing and overall well-being benefits.  This hypocrisy needs to end.

* Health Insurance Portability and Accountability Act or HIPAA and Marijuana: The medical cannabis industry is diligent about keeping within the confines of federal law and in so doing, relies heavily on these patient verification systems. These systems usually contain protected health information (PHI) such as medical record numbers, patient contact information (including addresses), diagnosis codes, and other personal information used for verification (such as driver’s license numbers).

When it comes to HIPAA compliance, the rules for medicinal marijuana are strikingly similar to the rules for any other medical substance or service. Patient information is protected under HIPAA regulations in terms of both data storage and employee inquiries. Businesses and their associates that handle PHI are compelled to abide by these regulations and are subject to fines and legal action, even if the PHI data pertains to medicinal marijuana. Learn more about HIPAA web hosting requirements.