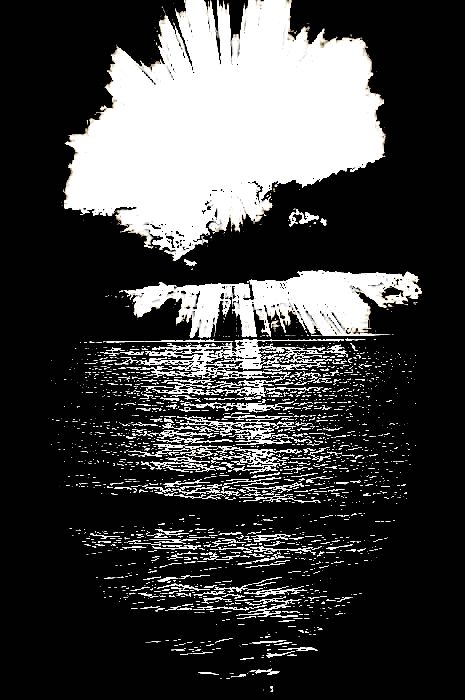 The void is quite stark before birth, an eternity-like darkness until the first pro-longed breath – the time, the place and the experience of being alive is not a matter of an individual’s preference and liberty, for the “will” is a philosophical being-ness of a thought provoked mind. The sails are hoisted amid an early breeze.

The nautical miles embrace a tapestry of touch, laughter and pain that exists beyond language and etched in the invisible aloneness of the soul in the neighborhood called Earth…in reality our home as we know should be called the Sea, a whirling speck that’s part of an infinite ocean in which it temporally exists, cosmologically speaking.

Inevitably we all disembark and part company, unfair and unjust more often than not, for life is random in a universe communicated through a complex language of numbers and letters; the cosmos possesses no feelings and the voyage is never certain.

Awareness is quite personal, dormant at times within the individual and not a pay for knowledge venue, that appears inaccessible except through ceremonies, vows, sacraments, meditative positioning, the intuitive guru or psychic or entertainer/expert or helmsman in-chief. Are the navigational charts out of date when no island of expectation appears where it’s supposed to? The wind may become still and the sails quiet as we ponder the horizon, aware of the breath of enlightenment.

Equality is always a falsehood misrepresented, partially satiated by cash, check, credit card and money order. Our ticket stubs are stamped with different dates. And utterances and words are formed in the repeated beginnings of each existing moment, ignited in a glimpse of the heart’s architecture.

To be open and surpass the solemnness of manipulation with a hand raised in salute or placed across the heart or a song praising a symbol in its materialized theological and secular forms, but does the soul really exist as waves crash over the ship? Even for the helmsman whose hands are on the wheel are such efforts futile when all is accounted for and the last act is ended? Did we have fun?

The geography of the human heart and character is not culture or place bound. When the body is nutritiously filled with food and drink, and the mind has the ability to achieve clarity through thought, the body’s spirit has sensual wants to give meaning that transcend mere needs before the final breath is exhausted, the energy of a DNA remains until the Earth itself inevitably dies; though one may wonder I suppose, are Being-ness and Nothing-ness just words concerning states of existence and non-existence?

Or is there something else altogether in an equation yet to be understood?  Or does it matter, if this is the only body, heart and mind in which I possess the meaning of – to exist and find moments of pleasure and inhale the fragrance of the vast unknown sea upon which I find myself?