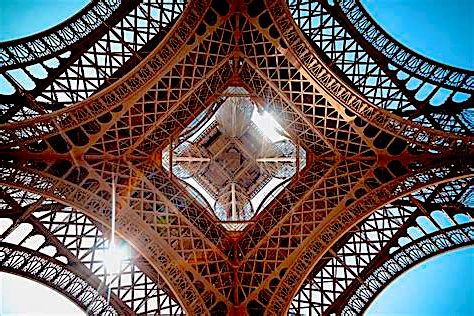 looking up at the stars on a rare clear night the realm of my speculation feels like a meteor skipping across the Mesosphere, is there such a thing as a cosmological consciousness, an immutable energy, for was it a consciousness that led to the physical universe that is yet to be comprehended in its design;

perhaps a theologian here and there is comforted to think they know something no one else does, which we know in turn sells books, and to tithe in the spirit of a precious dogma for it’s also true you don’t have to give any money to be saved, all is little to do with the imagined invisible entity, planting life giving seeds on pieces of rocks floating in space and forming humans from the dust in which they will return;

once I worked with a very smart architect who spoke about the architecture of buildings with rooms being a universe unto their own, and he spoke of placing “one sizeable box on top or next to another,”  and the box he lived he called a home sat on top of a mountain to afford him a view of the masses below, hurrying across the cityscape, alas, he was physically above them, over the years he psychologically and philosophically experienced how buildings reinforced the tension between tolerance and intolerance of relationships, structures imply categories and people are shaped by their work and spaces in which they breathe and sleep, and it’s only if you have enough money can you afford to design the most humane structures with the weave of nature, the natural and the eloquent, the question was whether once you designed and built it, you allegorically became the building, woven into the process, for the physical design is a way to keep people in their emotional place;

listening to the social media of late the shape of my life changes as I age, and I’ve pondered whether the nation was experiencing an attempt at a soft coup d’etat by the Republican Party, but what are downstream effects of denial, or does it matter, as long as certain people enlarge their power and bank accounts in the process, yet as English poet, Percy Bysshe Shelly once observed ~ Power like a desolating pestilence, pollutes whate’er it touches, Queen Mab. Canto iii, 1, 176 (1813)

there’s little doubt that the President of a country that uses the prefix United found that his driver’s license has expired, I’d suspect with experience behind me, that he is legally blind, the deadly polarization he helped accelerate is in a passenger’s seat and the vibrating engine called Representative Democracy is overdue for maintenance (if it’s wishes not to be replaced);

conspiracy theories are mostly nonsense though they also sell a pile of books and invitations to talk shows, the challenge is a single element of fact may be lodged within, for as a vintner pointed out to me while sipping wine, that over the years the indentation in the base has grown deeper and slightly less wine is poured into the bottle of the same exterior size, it helps the profit margin and I noticed the estate owners only drove luxury cars, design is equal to location, so be it;

and henceforth, it’s not really a matter of lengthy discourse about wealth or its shape, as the impoverished writer, artist and artisan knows a good vintage like passion is whatever tastes good to you, albeit, with the resources you have available, and the point I suppose is to not linger over some notion of what it is you don’t wish to talk about, for if you seek the truth you may wish to alter your opinions, for of late, reality feels too surreal when delving too deep.