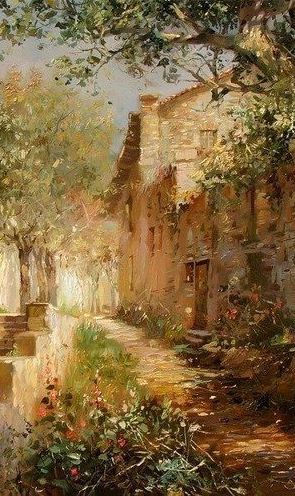 The weariest and most loathed worldly life…is a paradise to what we fear of death ~ Shakespeare’s Measure for Measure, iii, 1, 129. 1604.

Mere existence is so much better than nothing that one would rather exist even in pain than not exist ~ Life of Samuel Johnson, James Boswell, 15 April 1778.

Fortune may arrive at the door of a dwelling in the middle of the night or during the brightness of a cloudless day, the visitor may be attired in the clothes of someone familiar, he knows there is no insurance with an absolute guarantee, only the cost of a signed contract in an ink of a dissimilar color, just and unjust may be but the different sides of the same coin, life overflows with partial truths as the injuries that are the most devastating are the misfortunes that bleed drop by drop, the broken spirit is ageless, a life time is required to make whole, and the breath of hope and despair have the same lungs;

Poverty is a living violence, depression is an emotional desert and true pain has no language and a word is never the sensation itself, a wish for the suffering to end arrives in the heart when all else fails to heal, transcending the human will, yet still a beguiling thought seduces with the notion of – perhaps;

Choice is well suited on a full stomach and within the expanse of a clear mind, who are the judges demanding that others stay with their struggles, while they have the dignity of a shelter and a life enhancing job with the luxury of movement – dining with their loved ones and friends, their network is far and wide, dressed in many fashions, their self-pitying cloaked under strategic aggression in off-shore accounts, so we must ask, what is the nature of life’s profit:

Are religious beliefs more crucial to human welfare than an individual’s rights, believing suggests there is a life after death, yet where is Lazarus hiding, dreams and hallucinations come and go, and eternity is a word invented by humans to approach the unapproachable;

Numberless are the souls that prefer not to think of death, stay busy they utter in desperation, dignity finds itself under the guise of an “ism” in which those that have, gain more, and those that do not have, gain less, and the Book Revelation touts streets paved of gold in some surreal afterlife that could have only been written by men of wealth, and a meditation on Ecclesiastes suggests all is vanity and futility;

Pages are filled with ink and digital marks and recorded voices that echo the alternatives about the placebo effect and how we might self-heal, most are written and spoken by people who never held a gun to their head or jumped off a bridge, or swallowed a poison, yet for whatever reason they seek to cure their cancers within and may have the good fortune to succeed and others trust the brain can overcome, deep breathing and quiet may help for the moment to lower the pressure invading the mind and body;

Medicine can keep us alive longer than relatives or friends may want to appreciate, but If one has no friends and no medical help is available and if old and suffering, what is the point to endurance, to suffer more because of a theology voiced by those seeking to touch the divine or merely the human will that says hold on – for there’s doubt about the hereafter;

Compassion shall eventually acknowledge that to alleviate suffering in the world requires the sharing of one’s wealth so that all people may live in harmony, for not all people are created equal or have equal opportunity even if the opportunity is written on parchment, the written word doesn’t make it so for not everyone possesses the physical or mental resources to adapt, and there are those who are the emotionally impoverished rich who do not wish to share their abundance, convinced of their own calling;

“Man passes through this sublunary life as a sunbeam passes a crack.” ~ Chuang-Tsze, Philosophy. Ch. 11.

What is the narrative of a human life when one’s story indicates there is no light at the end of the tunnel, and the truth reveals there is no tunnel, that life itself is non-linear and a singular, temporary glimpse into a possibility, so we must create our own story and our own light with the support of compassionate others, and to figure out how to exist with an ounce or two of curiosity and joy in the narrative in which we find our self.