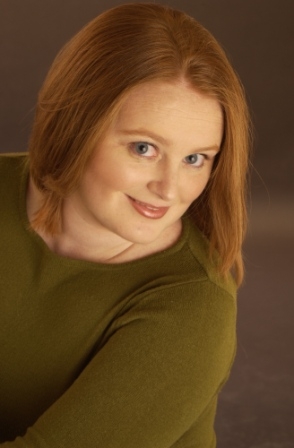 Vanessa Wester, born and grew up in Gibraltar – a British colony on the Southern tip of Spain! She left the Rock when she moved to Southampton, England, to undertake an undergraduate degree. Since then she has lived outside London and in Rotterdam, The Netherlands. She now considers the Isle of Wight, off the English Coast, her home after being based there for over ten years. She’s an author, avid tweeter and blogger, Teacher of Mathematics & Swimming, mother, and friend to many.

“I write to escape, I escape to live, I live to create, I create and learn.”

NP: When did your interest in writing begin?

Wester: From a young age, I was always fascinated by murder mysteries. I wanted to be a writer and loved escaping in words. Creating my own stories and characters was something that kept me occupied before the dawn of computers and the Internet. However, I also loved TV and followed many series.

As my education took over, I studied Mathematics and Science, before undertaking a degree in Accounting & Law. Writing was long forgotten as the world of work took over. Something was missing from my life and I thought I had filled that void by changing vocation from Accountancy to Teaching. Honestly, I really enjoyed teaching children of the ages of 11-16. When I had my son my career was put on hold.

As the years passed, I added two daughters and have to admit that I missed the world of work so I filled my time by helping at school and volunteering in any number of ways. I have done accounts for charities, taught swimming, face-painted and so forth.

NP: Was there a significant turning point when you knew you wanted to write novels?

Wester: Interestingly, nothing I attempted filled my “void” and I finally found my voice in 2010, when after reading voraciously I decided to put my own thoughts and ideas unto paper. I used a notebook as I watched my daughter play, then moved on to the iPad (a gift from my generous father-in-law), and then spent hours on the computer as she slept. Writing took over for a while. Whenever I had any time at all I wrote.

What resulted was a series of novels, which I went on to publish, The Evolution Trilogy – comprised of Hybrid, Complications, Return, and a prequel, Emily. I also put together some anthologies to raise money for charity, by working with other authors I met online.

Wester: Indeed, they were exciting times! I had also been to the Festival of York, run by The Writers Workshop, where I met agents and well-known authors and realized they are just ordinary people with the ability to create/sell books.

I have to add that putting yourself out there – for the world to see – is a scary process. Strangers get to comment on your work, and friends & family get an insight into your (my) twisted mind!

NP: Did you receive much moral support?

Wester: I was lucky to have a group of friends when I started who gave me encouragement and read my first attempts. If it had not been for them I would probably have given up. Once I went online, I was surprised at the fantastic support and feedback I received from readers and authors alike. I am not saying it was all positive – not everyone was interested or cared about my writing. I remember someone saying to me, ‘You’re never going to be famous or anything.’ Honestly, I have walked along this twisted road and the adventure along the way have made it all worth it.