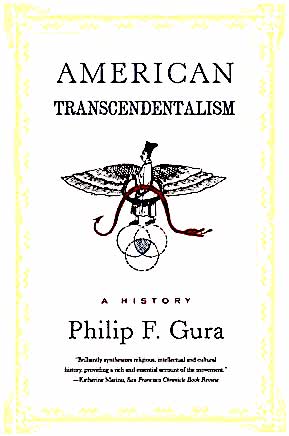 This is a work of history that I  periodically refer to for reflection. It’s a classic intellectual study.

A personal perspective: The ideas in it are a pleasure to reflect on. As an admirer of Emerson, Thoreau and so many others who spoke and wrote about the individual, e.g., as Thoreau noted in Walden, “if a man does not keep pace with his companions, perhaps it is because he hears a different drummer. Let him step to the music which he hears, however measured or far away,” there is something I treasure about their ideas framed in a positive light.  But…

The influence of American Transcendentalism with its European roots one can see and appreciate the setting of the stage for ideas that took off in disparate directions than originally postulated. E.g., the concept of a market economy rather than the socialistic nature of what the 19th century literate originally discussed, debated and conversed in their homes, academia, taverns and in the streets. An idea once taken root can go in directions other than what was meant within a given context. One’s circumstances and situation affects how we interpret meaning. And, philosophy and theology have to evolve if they are to keep pace with revolutions in technology.

Not having the electronic devises of today that are embedded in today’s cultures the people in the 19th century appeared to be more vocally literate in narrative, prose and poem.

For the intellectual of the early 19th century transcendentalism was an ideal of like-minded individuals who sought the exceptionalism of the individual. That idea would later be translated in the 20th century as American exceptionalism; that was not the original intent.

The fascinating aspect of this academic but accessible text is the variety of people that were considered transcendentalists through their writings and talks. There were transcendentalists that are not listed in this thought-provoking work…but what this study shows is the downstream effects of the majority of major players’ thoughts and ideas on the nation as a whole. They set the intellectual stage for the 20th century in many respects from today’s vantage point. The belief in a common humanity based on social justice was not realized as they would have envisioned. Rather, what happened was individualism triumphed as seen in the Gilded Age and unfettered capitalism of late 20th and early 21st century. Exceptionalism and individualism has taken on absurdist logic in an age of climate change, nuclear war, pandemics, etc. All humanity is exceptional not just one country or people.

The author ends with the idea that the transcendentalists’ legacy if nothing else was, “they were great optimists.”

This history is impressively researched and offers an opportunity for reflection in where the United States was in the 19th century and where it’s at today. The literacy of ideas is evolutionary and exists on a continuum.