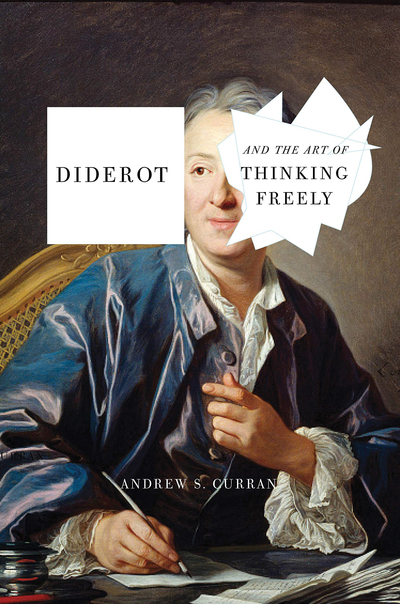 Diderot and The Art of Free Thinking by Andrew S. Curran

My take: A must-read work if interested in the Enlightenment era.

Curran has written an intelligent, accessible and absorbing biography. He begins with the snowy winter of 1793 in France, where thieves pry open a wood door leading into the Church of Saint-Roch in Paris. The atmosphere created by the author as he leads the reader into the enigmatic at times existence of the French philosopher and writer Denis Diderot is illuminating. The thieves perchance recognized the name plate on one of the caskets to be that of Diderot. The scene perhaps could serve as a reflection on Diderot’s life. If Diderot had appreciated any book in the King James Bible it probably would have been Ecclesiastes.

The work reads like a novel and could be considered a course on writing a biography. The author notes: “Diderot challenged…all of the 18th century’s “accepted truths, from the sanctity of the monarchy, to the racial justification of the slave trade to the norms of human sexuality.” As a side bar, Catherine the Great of Russia was an avid supporter and helping to finance Diderot’s literary and philosophical efforts, except for his views on intellectual freedom and democracy and the fact that he argued against censorship.

Diderot is known for his contribution to the “most thankless chore of his life,” the Encyclopédie, whereas his real love and passion are to be found in the provocative writings on a wide range of materials in an iconoclastic approach questioning assumptions of art, culture, theater, politics and religion. His works would influence men such as Freud, Marx, Stendhal and Balzac among others. A substantial amount of his writings were unavailable until 1948 when the turmoil wrought by WWII began settling down.

The stirrings within the mind of Diderot began as a youth. Though born in a family with means to provide him an education, others of his age couldn’t afford, he found himself not fitting in. His understanding of history was “astonishingly pessimistic.” He bore witness to the world in which he grew up and it left a distaste within him. His life was one of struggles that affected his health and family. In 1749 he was imprisoned for a writing titled Lettre Sules Aveugles or Letter on the Blind – of which was but one example of his atheistic philosophy. He was warned his next prison sentence would be for years, not months, should he continue to write such blasphemies. Atheism was not tolerated in France at thew time. (As a sidebar the extreme was found in those who committed suicide which was considered blasphemy. In numerous cases the dead bodies would be dug up and the corpses hung for public display to be viewed by the locals as a warning.)

Curran’s well researched study is one whereby the reader may wish to have a private copy as a personal reference. This work is very well written, thoughtful, articulate with brilliant insights.