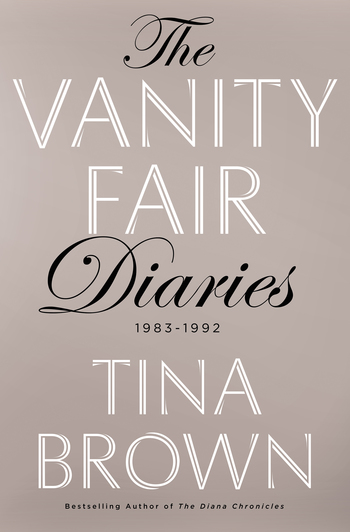 Diaries have a historical quality and are seductive. This is not a “historical diary” as such but it does capture Brown’s “presence” as CEO at Vanity Fair. The cast of characters the author knew, with opinions about and how she perceived her role at the magazine and her relationships over the years is potentially interesting. For any number of magazine journalists it offers insights. (A Buddhist monk once suggested to this reviewer if I sought truth I should drop my opinions – and look at the facts)…Brown does a balancing act in her mind.

Brown is in touch with fresh thoughts and ideas, bold, innovative and brilliant at times as she pressed home the challenges at Vanity Fair magazine during a tumultuous decade. Readers unfamiliar with the people the author writes about might not be enamored with her private take. It’s her opinion – the nature of a diary. It’s tasteful or tasteless depending on one’s perspective –  the man who is balding and hairy in the wrong spots and so forth are irrelevant to the inherent worth of the individual.

People close to the scene may eat it up or read it and then have a stiff drink and question a CEO’s narcissism. That’s natural. I would suggest magazine journalists perceive themselves as an alternative breed guided by a philosophy not to waste effort. A well-written story is just that….or as the African proverb suggests, “if you’re not sitting on the edge you’re taking up too much space.”

Brown’s brilliancy I think is how one can move to change a corporate culture and offer vitality and growth….”unless I’m working I’m agitated,” though simple strikes me as somewhat karmic. As a former CEO I appreciate the thought.

Vanity Fair is a slick magazine. Wade through ads and the thought-provoking articles are a pleasure to read and explore the subject matter further.

If you don’t want to buy this entertaining work, check it out at your local public library, and if you’re in NYC, the Strand bookstore at 828 Broadway has several copies on discount. (Now on to the New Yorker.)