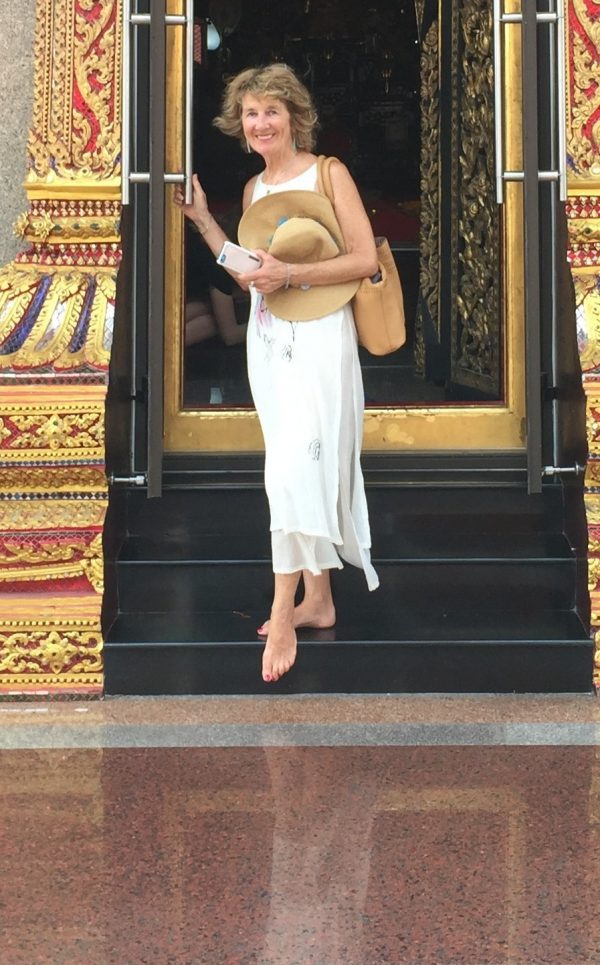 There is no clear beginning of when this societal model began—It was probably preceded by a Matriarchy and there is archeological evidence to support that conjecture…. Recorded history suggests Patriarchy started about 2000 years ago. Appearing in different cultures at slightly different times—In China Confucius was an advocate starting in 550 BCE. In the Western world it roots back to Aristotle in Greece in 384 BCE.

”Aristotle portrayed women as morally, intellectually, and physically inferior to men; saw women as the property of men; claimed that women’s role in society was to reproduce and to serve men in the household; and saw male domination of women as natural and virtuous”. Wikipedia.

Patriarchy swept from Greece to northern Asia to NW India via Alexander the Great in 356 BC, who was tutored by Aristotle. Reached the west via the Romans in 55 BC. Britain was slightly later in 26AD after several attempts at invasion. In time, Britain as ‘Great Britannia’ made up for that late entry into the ethos with colonial activities spreading Patriarchy throughout Africa and India and beyond.

Note…In South India the Goddesses power and culture was preserved as the original invaders never went down that far and nor did the British colonize to the degree they did in the north.

Patriarchy subjected women to manipulation, abuse and subordination. Conquerors raped women to chastise them and make them feel lesser, teaching them viscerally to know their place as females, as properties. It was a rape culture, suppressive of women. And suppressive of all feminine traits inmen and women: crying, showing feelings and vulnerability, all the softer emotional expressions were seen as a weakness. Patriarchy is about power and dominance by the leadership using men as slave warriors, like tin soldiers.

Interestingly, at the same time in Egypt women were still in positions of power and respected, most notable was Cleopatra. Who managed to manage Patriarchy for a while as she held her queenly status and power. But after her no more females in governing power. There was push-back in England with the Boadicea rebellion against the Romans in 60 CE. She was a Celtic female warrior immortalized in a statue in London. Tall and mighty wearing her armoured bodice, standing upright leading her chariot of horses with her daughters in the back, raising their whips in defiance. Indicating the power of females in the society pre Patriarchy. Unfortunately historical records about Boadicea were written by the Roman conquerors so we have little detail about her full influence and stature.

Females were re-imaged by Patriarchy into subservient providers.

In Christianity the dutiful mother aspect of femininity was the sole focus with Mother Mary, particularly in Roman Catholism. The life and influence of Mary Magdalene was never fully expressed in the bible. In the Church of England (Anglican in North America) after the big Patriarch Henry V111 separated from Rome, female worship was removed, no altar to Mother Mary. No females in the stained glass windows. Occasionally the saint selected was Joan of Arc and she was disguised as a male.

In Victorian times patriarchy was very powerful, exerting a rigid, firm, authoritarian domination of the culture; gender roles were very fixed. Men to be breadwinners and women to manage domestic life. Women were deemed uninterested in sex and only married for the pleasure of home and motherhood! Dr. Acton. But Queen Victoria’s diaries apparently revealed a racier sexual orientation and of course women with every opportunity allowed their sexual nature to express however they could….

The invasion and dominance of Patriarchy is here today even after a lot of social change, thanks to the suffragettes and then the women’s movement in 60s 70s and now we have “Me too.” In only 100 years a lot has changed for women in terms of societal inclusion as equals and more recently allowing men to show their feelings. The Hippy movement of 60s and 70s challenged and broke down a lot of the structural suppression of sex ‘make love not war’. However that wave of change was not sustained, as by the 80s the same people became intoxicated by money and status. Probably the harnessing of the media by patriarchal influences feeding our human frailty to addictions of many types to placate our fear of being separate and alone.

The Nature of Patriarchy

Patriarchy in the human condition is perpetuated in our Western culture as Britain and then USA exported the model throughout the world. It is institutionalized control! Encouraging stiff upper lip as opposed to open expression of vulnerability and emotions. Rigid viewpoints as opposed to listening to other perspectives, embracing another’s perspective. Even though Patriarchy has suppressed women to a secondary status under men. It is not onlyabout suppressing women. It is suppressing any freedom of expression that breaks the mould.

Important to recognize how Patriarchal thinking is an energy influencing both men and women, not gender based. Women in leadership roles recently pretty well had to carry that energy to be in power e.g. Thatcher, Indira Gandhi, Theresa May, Hillary Clinton to some degree too. Now we have recently watched the US confirmation  of a Supreme court Judge Kavanaugh with questionable integrity supported by patriarchal women in the senate, specifically Susan Collins, even when women were screaming in protest as they had experienced sexual abuse themselves… .

Feminism in the 60’s rose up against Patriarchy but some aspects were rigidly similar, an Us vs Them, anti men. ’Me too” can set up the same polarization We need to listen to each other much more and create new codes of behaviour that honour both genders.

The evolutionary shift we desire is from combat to understanding. From rape culture to respect so critical now. with Trump (USA) and Ford (Canada).

Understanding starts with opening a conversation.

Conversation can start with Curiosity, ‘why do you think that’?

Be willing to listen and learn and change our perspectives. Remember the term ‘Active listening’ I think this is more about ‘Heart listening’ –listening from our hearts about what matters at the more crucial levels below the mind debate, what really matters between us as human beings. Accepting the differences without rancour and any need to convert, just be with the differences and see how every friendship, every family, every country can accommodate differences and still be held in love and connection. We can all still come together and celebrate the birth of a newborn, the sight of a glorious sunset, the uplifting of an amazing idea, the tender touch of connection when something is wrong for another. Our similarities of our humanity always outweigh our differences of the mind. It’s not easy to try to keep going to that place of universal connection, but we can –with our minds set on doing that –give our minds something great to do and…heh, presto, hopefully!

*Hilary has been meditating for over 25 years as a teacher. She also has 20 years as a senior executive in advertising and marketing in London, England and Toronto, Canada that feeds into her insights into the human condition.To learn more, go to: www.divinealign.com