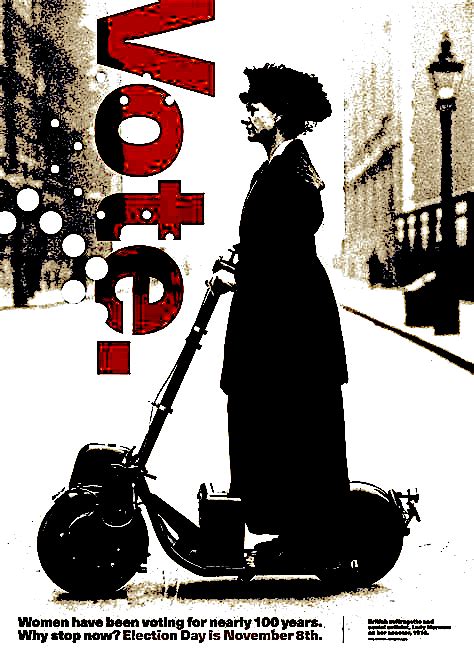 What is a “Catch 22?” In his novel Catch 22, Joseph Heller writes about something that doesn’t really exist but has the same potent effect, as if it really existed:

“There was only one catch and that was Catch-22, which specified that a concern for one’s safety in the face of dangers that were real and immediate was the process of a rational mind. Orr was crazy and could be grounded. All he had to do was ask; and as soon as he did, he would no longer be crazy and would have to fly more missions. Orr would be crazy to fly more missions and sane if he didn’t, but if he were sane he had to fly them. If he flew them he was crazy and didn’t have to, but if he didn’t want to he was sane and had to. Yossarian was moved very deeply by the absolute simplicity of this clause of Catch-22 and let out a respectful whistle.” (ch.5, p.56)

What does Catch 22 have to with voting?

If you vote, there’s a reasonable chance your vote will count if the machinery and system is not internally or externally electronically rigged or your vote is not suppressed in some form. Of course, even if it’s not rigged or suppressed the people who gained the most in the last forty years have been the wealthiest and not the poorest. On the other hand, if you do not vote some else’s vote replaces your non-vote. So, you not voting is in effect a vote. If history is a guide the political party that’s the most cynical about your vote and voting procedures prefers you not vote for the purposes of retaining political power and greater personal wealth.

The preferable strategy in a representative democracy is to vote. Once the voting privilege is removed the only possibility is a volatile political revolt as power within an authoritarian mind once rooted seldom relinquishes itself without a visceral and ugly struggle. Look at other countries such as the revolt in Belarus as just one current example.

For research consideration:  Vote.org      State-by-state list of how to vote by mail