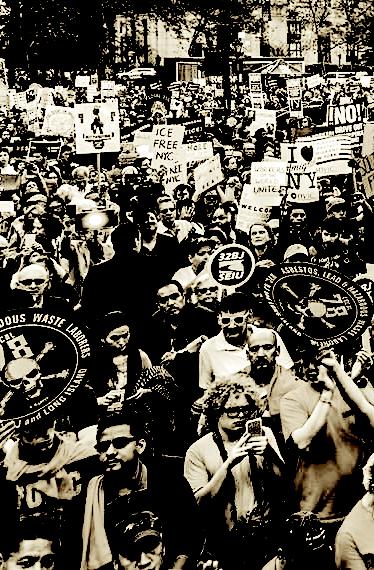 Thousands of years before the 1600s people moved about from one place to another before there was land with political and cultural boundaries. Different words throughout history in various locales were invented by people to help identify and categorize people who departed and moved in. Once you give a name to someone it’s easier to approach and apply attributes and attempt to control them.

Beyond the sociological, anthropological and biological constructs of what constitutes a race of people lies the ultimate challenge of human beings and their memory.

Memory involves a collaboration and a sharing.  It’s inherent in the core of our humanity along with a sense of belonging, affection and nurturing. Our memory is our stored knowledge that tends to set us apart from other species. People without memory tend to lose their way.

Ancient humans departed from and moved to different places within the context of their survival. Whether they were forced to move – environmental reasons or by the chaos and plunder within their own tribe or the invading force of other ethnic groups – the result was movement especially when outnumbered and limited resources to fight back.

People in history generally moved because of distress. Distress comes in many forms – poverty, abuse, enslavement, not enough food, and a desire for survival and opportunity to live better lives. Some tribes collaborated with each other for survival while others were and are mere takers. Human life to date has been a complicated struggle of competition and associated greed versus cooperation, collaboration and sharing.

The history of human beings is the history of being an emigrant and an immigrant. The memories of such movement are integral to the study of humanity. We are all linked together in a complex web of existence and memory of that existence serves as a cornerstone for the future. What will the downstream effect be on future migration trends within the context of war, revolution, global warming, plagues or….?  Will we be around to remember? What will our memory suggest to us?

There exists a more distant and cataclysmic test for humanity should we survive our self-destructive tendencies and behavior. That is, at some point in the future the earth and our solar system will be, either  sucked into a black hole or swallowed by a dying sun. Either way, it will happen. There is no getting away from the fact that life on earth will die out someday.

Unless we become immigrants to another distant planet, or create an artificial one, all memory of Earth, the people, the civilizations that ever existed, will be gone forever as if we never existed. During the last days I wonder what surviving humans will think about life after death? Will they envision their spirits floating around in infinite space? Will the only remaining evidence of our physical existence be on a digital recording we sent into space on a Voyager mission?

The brain which houses our memory and our ability to share and collaborate is core to our future.  Aren’t we all immigrants from the “stardust” of the universe?