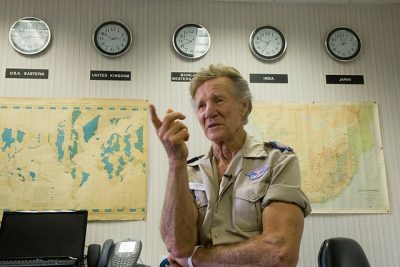 Chris Hall is the Chief Operations Officfor RAM® and Ron Brewer is the Executive Associate, Clinic Manager. Both men have extensive backgrounds in public service.

NP: What are the costs in operating Remote Area Medical ®?

Hall: The costs include consumables, transportation, volunteers, overnight lodging and a myriad of details, each of which is significant. This is a major operation.

NP:  How are the clinics organized?

Brewer: We manage by teams. We meet collaboratively at the RAM® headquarters and on site and then fan out to wherever a clinic and our services are needed whether in Nepal during the recent earthquake to Haiti in 2010 during their earthquake and subsequent floods with doctors working ankle-deep in blood. And, we have rising medical needs in every state in the union.

NP: What are some of the significant issues that you have encountered?

Hall: Our most significant issue is with dental. That is followed by eye care. Dental and eye care are the most needed as seniors and an increasing number of people do not have coverage for eye care and dental. Initially, there were a few concerns about medical malpractice but RAM® alleviated those concerns at the start with short term insurance policies that more than satisfies any potential insurance problems.

What’s tragic is the increasing number of people with degrees holding down multiple jobs, or in business for themselves, and cannot afford dental or eye care coverage. It’s just too expensive as insurance rates continue to rise. Think about those without degrees or job training – whether in Appalachia or the inner cities – and the country has a growing problem.

NP: How does the on site clinic work? And what do the basic services include?

Brewer: Once everything is transported to a site, our staff of professionals (volunteers that pay their own way), a clinic is set up in a predetermined mutually agreed upon location (between the city/state) and we set up a schedule and offer our services to the hundreds that are waiting in line all night for us to arrive. Once settled in, the people are greeted and we work with them one on one.

I get to know patients and quite honestly it’s tough t0 see former vets, homeless youth and seniors that are either on the edge of starvation or the numberless obese people in mountains and cities with rotted teeth and/or unable to see because of diabetes. It’s tragic for a 23 year old to have all their teeth removed. What is their future? Who will hire them without teeth? We hope to have dentures made in the future for the people.

NP: What states allow access to RAM®? And what is your worldwide goal?

Hall: There are a small but increasing number of states that allow doctors across borders within the United States. It’s not an issue when sending volunteers abroad. Within our country it involves the issue of turf. That is, problems of associated with red tape such as complicated legal policies and licensing fees. Tennessee has served as a model for other states. For example, some states offer waivers for our clinics to set up and offer our services free for the weekend for all those in need. Waivers exist in states like California, Nevada and North Carolina where they have used the Tennessee model. There are pending laws in Pennsylvania, New York, Michigan and Wisconsin. Our business goal is to have 300 affiliates worldwide as the need is everywhere and only growing.

NP: How would you describe your vision and where the most work is occurring?

Brewer: Our vision is to be the best at providing free clinic events, without discrimination, which enhance quality of life through delivery of competent and compassionate healthcare to those who are impoverished, isolated and underserved. What surprises us is that today a majority of our work is within the borders of the United States. 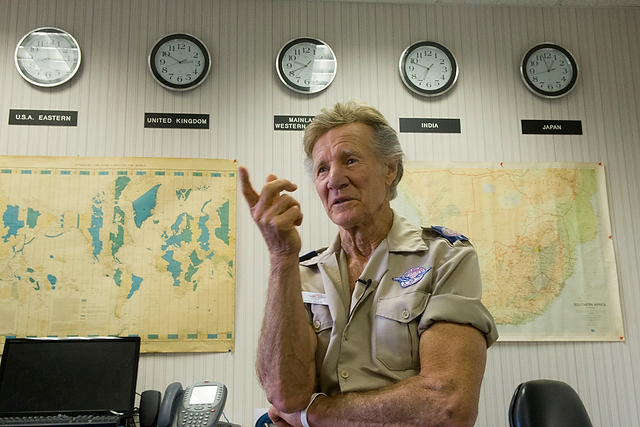 Stan Brock is Founder and President of Remote Area Medical ® (1985). With a background that might cause British explorers, adventurers and archaeologists like Richard Francis Burton and British officer T E Lawrence to both look back over their shoulders with an understanding grin. Brock is an adventurer (former co-host of Wild Kingdom) with a background as a cowboy in Guyana, actor, writer, pilot and philanthropist that holds a black belt in karate – a maverick and pragmatic idealist with a love for remote places and peoples. He found his niche – albeit, world-class medical service. His organization, Remote Area Medical® has served hundreds of thousands of people since 1985 with over 85,000 volunteers around the globe. The organization is not about Stan Brock but the people RAM® serves and the people that donate resources, their time and effort. It’s unique in its philosophy and the quantity and quality of it medical efforts.

NP: RAM® is designed to help those who are unable to help themselves, “to prevent pain and alleviate suffering by providing free quality healthcare to those in need.” Would you elaborate on your motivation for creating Remote Area Medical?

Brock: Simply put, I hurt myself badly while working in Guyana and was told by a member of a local native tribe that it was 26 days through the rainforest to the nearest medical help. That was the root experience that motivated me. Over the years I continually witnessed first hand the need for basic medical services such as eye and dental problems among other medical issues for people just living above survival with poor nutrition. I had to do something about it apart from any government run program.

NP: How would you describe the status of Remote Area Medical® today?

Brock: We’re exceedingly busy. The need is growing and we exist through private donations. The cost of medicine today is becoming more out of reach. If all a person can afford is cheap, fatty, sugary foods on their table and working multiple jobs to survive and have little time to exercise, problems develop. In some areas of the world, it’s starvation in other parts like Appalachia the problem is malnourishment and obesity interwoven with poverty. And all poverty no matter of the geographical location is an extreme human condition.

NP: What are your thoughts on the Affordable Care Act?

Brock: It has its place. It doesn’t affect what we do. We offer support for those that are unable to put afford insurance and do not work enough to buy insurance. The health care system has by-passed them. We are similar to Doctors without Borders but practice it within the United States where there is an increasing need for medical services for those who cannot afford it and fall outside the Affordable Care Act. With exception of Tennessee few states allow doctors from other states to practice in other states without enormous red tape and buying the appropriate license. It’s a matter of turf.

NP: What does the future look like for RAM®? How can a person help?

Brock: The future looks good as long as we can continue to find more medical professionals and support staff to donate their time and expertise. Still, we need more professional support as the number of patients increase across the spectrum from Appalachia to large urban inner cities let alone overseas in critical area where disasters have occurred such as in Haiti and more recently Nepal. Not all seniors retire with enough money to make it month to month. They seek medical help but the cost of prescriptions, dental and eye care is out of reach. RAM® offers a solution. It offers hope. Our greatest hope is that there will be Federal legislation allowing U.S. License doctors to offer free help in all states to people who do not have the resources to pay for health care.

The following is the 60 Minutes report by Scott Pelley, March 2, 2008  (NP note: Since the broadcast of the 60 Minute, interview awareness of the issues has steadily increased while the number of people in dire need of Remote Area Medical® services is outpacing the support. To Volunteer and or Donate.)