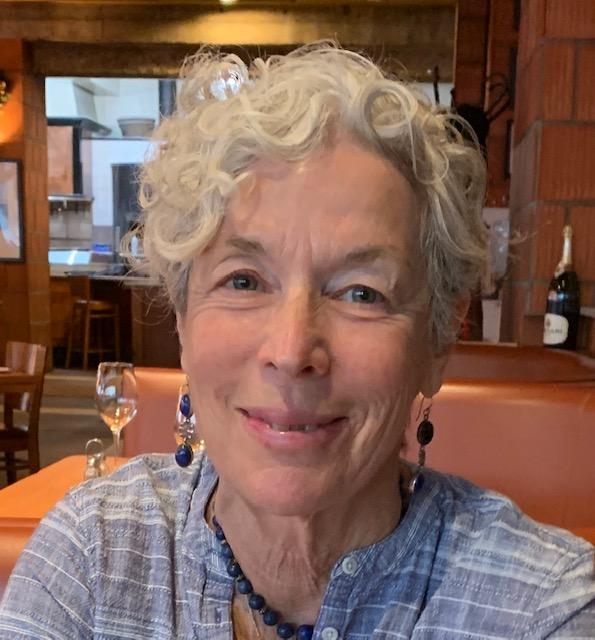 Peggy Morrison is a California writer who grew up in Long Beach, then raised her daughter, Keema, in Watsonville while working as a bilingual teacher. She now lives and works in the San Francisco Bay Area.  Her poetry has been published in Cloud Woman Quarterly, riverbabble, Poecology, Let the World Wonder, Naked Bulb Anthology, Day Without Art, DoorKnobs & BodyPaint. She is author of one book of poetry: Mom Says (2020) Along with writing, Peggy loves reading, teaching, gardening, music, and backpacking.

We are this country in a cultural box

We can’t find our way to simple collective action

for the common good

in the most fundamental, easy to understand moment,

when it is life and death, a plague, a biological, physical

plague that threatens our communal existence,

it is impossible for us to sense

ourselves as collective beings

to take the simple collective act of self-preservation

of wearing masks against the plague

It’s inconceivable for us in this cast iron

this nation beyond the pale

extremists on the edge of human experience

exceptionalism is the bullshit

in lieu of simple common sense

All humanity shares a planet being devastated by greed

As in the dystopian novels, small numbers of us

are protected from suffering the consequences of our actions

But no one is safe from the ravages of racism

twisted because it is not whole

only by diving deep into the bottomless well of human courage

into the sacred human heart of ancestral wisdoms

can we look into each other’s faces and find the

puzzle pieces to make the warp

whose weft we’ll draw with threads of diverse imagination

to weave the whole cloth

of a more equitable and generous society

This is the wrong house

I jumped from the bed trying to get away

crashed my quadriceps full into the corner of the

that was my mom’s

but nothing is visible

my head hurts and I feel

But one has to keep feeling

to make a revolution

that this is the wrong house

not the one I intended

to spend myself building

where else is home

We hear them coming

run towards the voices

burning up the street

people of all races most are young black

can’t bring him back

there was no microphone

a moving human river of grief

Maybe he broke windows with a crowbar

chased by helicopters and sirens

ran to hide in his grandma’s backyard

the penalty is not death by execution

young people getting in the face of the police

yelling inches away from the SWAT team mask

I was afraid what could happen

wanted to protect them

trembling, I stood near

ground his teeth staring at them his face rock hard

I thought if I stood there the police

would be less likely to hurt them

I didn’t have words don’t know if he saw

I stood close to the young men